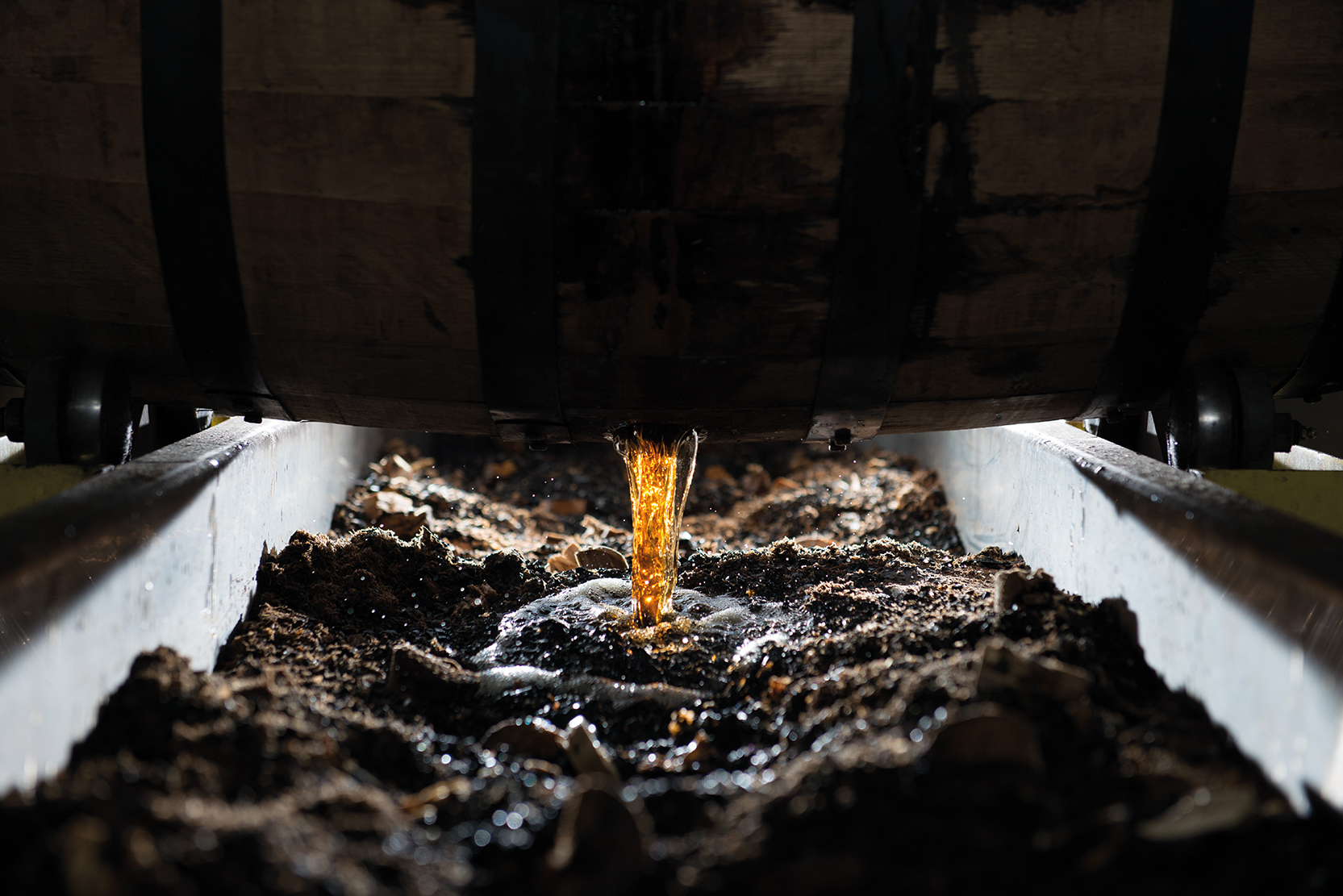 Where do all the Bourbon barrels go?

Bourbon distillers are constantly saying goodbye, not just to bottles but also their barrels which can only be used once to age Bourbon. Shipped around the world, these white American oak barrels, charred on the inside, embark on a second career ageing other styles of whiskey, whether in Scotland, England or Wales, across Europe and Scandinavia, or in Australia and Japan. In the Caribbean and South America Bourbon barrels nurture rum, while in Mexico they accommodate tequila.

Such global appeal reflects the benefits a Bourbon barrel provides. Having already been ‘seasoned’ by ageing Bourbon, the influence on a subsequent occupant is mellower, while still dispensing plenty of flavor. Generous quantities of vanilla (the world’s most popular flavor) appear in various guises, whether vanilla custard, crème anglaise, crème caramel, crème brûlée, Highland toffee, butterscotch or cream soda.

Vanilla also enhances other flavors, making fruit notes for example appear richer and riper. And as Bourbon barrels provide fruit notes it’s a case of self-enhancement. Additional contributions include coconut, honey and sweetness. Enjoyable in its own right, sweetness is also a counter-point to dryness, a contrast which makes a whiskey far more interesting. When sweetness and dryness interact, their union creates another asset: richness.

With Bourbon barrels adding such distinct characteristics to so many whiskies, this might suggest a ‘homogenous’ result around the world. However, the cask is only one factor influencing a whiskey, and that is not identikit either.

“Bourbon barrels are really the backbone of what we do in Scotland. This is arguably the most consistent cask type, but even so each cask is individual and you still get diversity – one may provide more coconut, another more cinnamon,” said Brian Kinsman, master blender at William Grant & Sons.

The influence of a Bourbon barrel also depends on the character of the spirit filled into it. Among Scottish distilleries this ranges from elegantly fruity to richer, fuller-bodied, and peated styles.

“The impact of a Bourbon barrel shows more clearly, and sooner in grain whisky than in malt whisky, as it’s a lighter style. Girvan new make spirit has a light, fruity, sweet character to which Bourbon barrels add more sweetness, vanilla and oak,” said Kinsman.

Being confined to a barrel for three years in Scotland confers a legal title on the occupant: Scotch whisky. But how much can a barrel contribute in this time-frame ?

“The first sign of the barrel influence is vanilla appearing, which happens within months, and after three years all the flavors of the Balvenie 12 Years Old are there, they just get deeper. The distillery character at three years is biscuity, cereal, honey notes, which are still actually evident at 12 years old,” explained Kinsman.

The number of times a Bourbon barrel is ‘filled’ (re-used) is another vital factor, potentially three or four fills, possibly for 12 years or longer each time, with every subsequent fill having a mellower influence. There is no set time-frame or number of fills. Each time a barrel is emptied the whiskey is assessed to establish whether the barrel remains ‘active’ enough for another round of ageing, or is ‘exhausted’ with nothing more to give.

“Using first, second and third fills and playing around with the proportions of each fill gives you three distinct flavor profiles to work with in a recipe. Using 100 per cent first fill for example gives distinct vanilla and oak notes, with a lot of toffee sweetness, whereas using 30 to 40 per cent first fill in a recipe provides you with some underlying sweetness,” said Kinsman.

The same approach applies at Zuidam in the Netherlands, which produces malt whiskey and rye whiskey.

“I use three fills of Bourbon barrels to have different flavor profiles in a recipe. Second and third fills for example provide more subdued clove and cinnamon notes, while the distillery character is more prominent,” added Patrick van Zuidam, master distiller, Zuidam.

“Both barrel types have a very similar influence, contributing vanilla and crème caramel, with the ex-rye barrels also
adding spicy rye notes that end up as a background nuance to the malt whiskey,” explained Zuidam.

A variation on this at Kyro in Finland is ageing rye whiskey in Bourbon barrels and also in charred virgin American oak barrels. Both cask types contribute vanilla to the distillery character, which has full-bodied rye bread notes with a lot of sweetness, though both also make individual contributions.

In Mexico, Bourbon barrels have an additional experience that is prior to ageing Tequila Ocho.

“Before filling our ex-Bourbon barrels with Ocho they are seasoned with up to four fills of two other tequilas, Tapatio and El Tesoro, which are produced by the same distillery. This is a softening influence as we want the agave character, which is lightly vegetal and peppery, to be the most present, complemented by mellow vanilla, chocolate and coffee derived from the barrels,” said Jesse Estes, Tequila Ocho brand ambassador.

While the cask type and length of ageing are critical, conditions within the ageing warehouse are another influence. The higher the ambient temperature the faster the rate of reactions within the barrel, which accelerates evolution. Needless to say, Bourbon barrels experience various temperatures around the world, with Finland at the cooler end of the scale.

Diplomático in Venezuela is at the other end of the thermometer. Blending rum aged in various cask types including sherry, it’s primarily the use of Bourbon barrels that account for Diplomático’s vanilla, toffee and coconut notes.

“Throughout the year the daytime average temperature is 32 degrees centigrade falling to 24 degrees centigrade during the night, and higher temperatures accelerate reactions in the barrel, including oxidation, which creates aromatic esters (fruity notes),” said Nelson Hernandez, master distiller at Diplomático Rum.

Eventually, and inevitably, Bourbon barrels reach the age of retirement and begin a different phase, often repurposed as a planter or piece of furniture. But whatever their final incarnation, they are able to retain a fascinating provenance.

0 comments on “A long life”