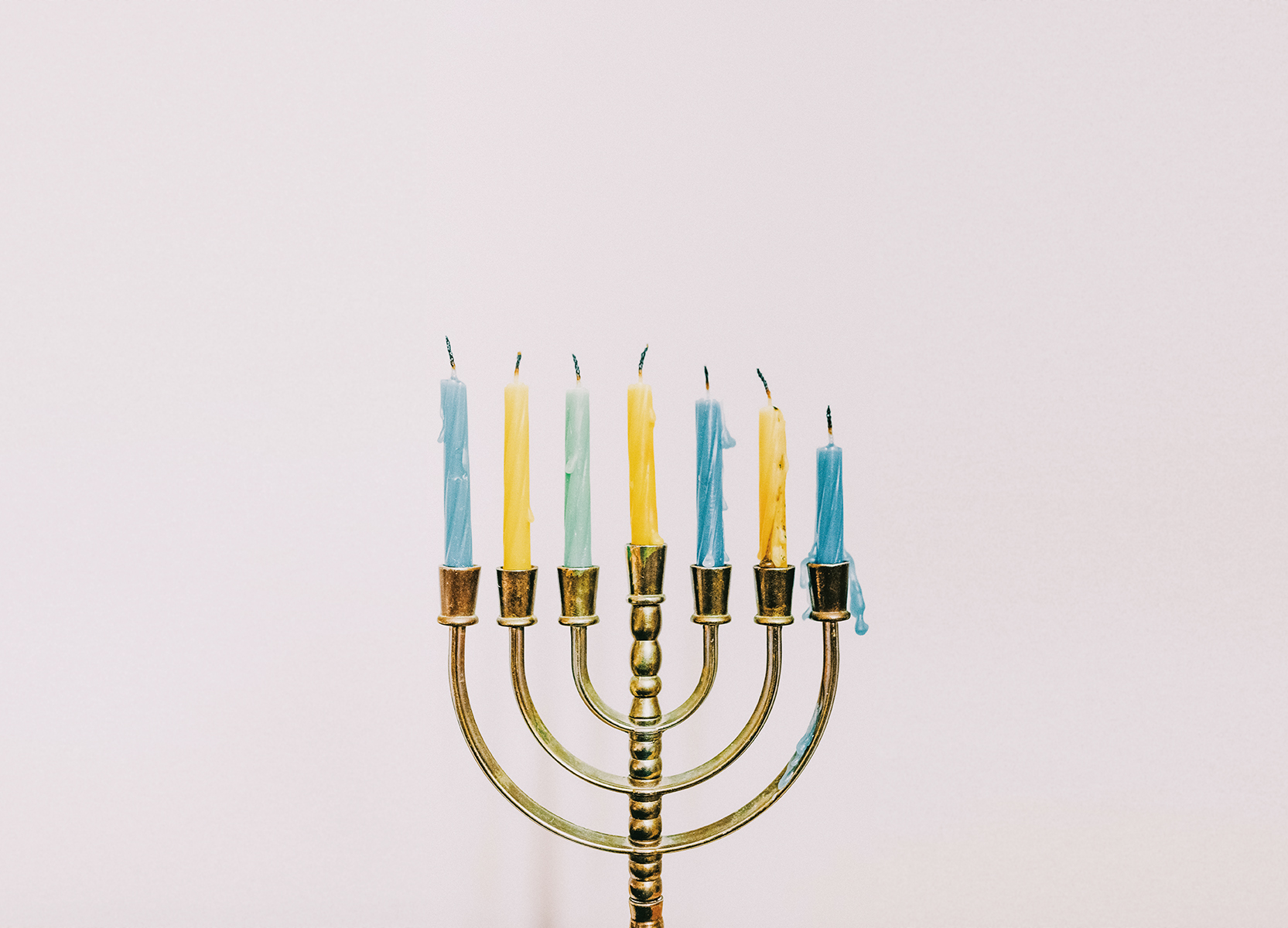 In search of the kosher cocktail

When it comes to hospitality, the name of the game is serving all guests to their preferences and dietary requirements to the best of your ability. There are times when it just isn’t possible to accommodate everyone, but making the effort to even understand what needs accommodation can be enough of a bridge. When it comes to Kosher spirits and cocktails, a little bit of basic knowledge can go a long way.

The first thing to identify is whether a whiskey is Kosher. There are plenty of brands with Kosher certifications – Boone County, Heaven Hill, Buffalo Trace, Koval, and Widow Jane, to name a few. But it’s more nuanced than just a certification. Kosher observance is on a spectrum and should be left up to the individual and what they are comfortable with. Generally, the rule goes that anything that grows from the ground plus a few other things like fish and eggs are pareve, or neutral. So whiskey that is made from grains, yeast and water and stored in a new charred oak cask, which is also pareve, should be permissible because of its natural ingredients and process, but yes, process matters.

“The ingredients in a straight Bourbon without finishes are Kosher – there’s grains, there’s yeast, and there’s water, and that’s it,” says Rabbi Chaim Litvin, The Bourbon Rabbi. “The process of making it is within Kosher rules. 20 years ago, or even more, it was generally accepted that any Bourbon as long as it wasn’t finished any weird way, which didn’t even really happen then, it would all be fine. The problem we have now is there are a lot of companies that don’t actually make Bourbon, like non-distiller producers.

“Let’s say someone is buying Bourbon from MGP, which is a certified distillery, but how does it get from MGP to wherever it’s being bottled? Did it come in barrels or did it come in a tanker that was Kosher? So, there’s this unknown that starts happening. As companies get bigger – Heaven Hill has more than 3,000 products now and Jim Beam even more – all these big guys have so many products that have intrinsically non-Kosher items in their facility, does cross-contamination affect a Bourbon? But with a smaller place like Maker’s Mark – they’re large but they aren’t doing a lot of different products like apple cinnamon whiskey that a lot of the other guys are doing, so there would be fewer issues there.

“Jim Beam and Heaven Hill are both Kosher certified. There’s a reason they went after the Kosher certification more than some of the other guys because of the questions people have about their facilities and whether there could be items in there that are problematic.”

Wine cask-aged whiskeys can be Kosher, but that is on a case-by-case basis.

So now that you’ve found a Kosher whiskey you can just throw it in a cocktail with other Kosher ingredients, right? An Old Fashioned is a great candidate for a Kosher cocktail because, in theory, everything that goes into it, including the glass, should be pareve. But the thing is, even this is not as straightforward as it seems.

“For the first thing it really comes down to the level of Kashrut, or the laws of keeping Kosher, and that’s a spectrum,” says Dammara Kovnats-Hall, founder and CEO of Jewish Cocktails and a Kosher bartender in New York who shares her cocktails on Instagram @Jewishcocktails. “Depending on what movement someone might be associated with or even personal preference in even defining what is Kosher can be up for debate. I follow a traditional Orthodox approach, and I like to ensure everything has a Hechsher or Rabbinic approval. Ask your local Rabbi.

“There are a lot of resources online, but it’s also dependent on where you are in the world. Different manufacturers distribute different products to different parts of the world. So, something like Fireball, for example, you can get it Kosher in Israel but not in the United States. There are all sorts of complications according to where you live. I read a lot of different articles and keep in touch with a lot of different people to keep up to date.”

To mix a Kosher cocktail, you first have to ensure all your equipment and work surface is kashered, which requires heating, usually boiling, and then leaving it to sit for the prescribed amount of time before using. For some this step is not considered necessary if the tools and surfaces are new, but there may be other steps needed so it’s best to ask a local Rabbi.

There is some debate as to whether glassware is neutral or needs to be kept separate for different uses, but generally glasses are considered to be neutral since they are non-porous and thus only need to be washed to remain neutral. Earthenware, such as Tiki Mugs, are not able to be kashered and should be avoided unless you have an advanced understanding of the Kashrut.

So to make an Old Fashioned, once tools and work surfaces have been kashered, you’ll need your Kosher whiskey, Kosher bitters, and Kosher simple syrup, which can be made according to Kosher laws or purchased. You’ll also need an orange, which is pareve, and Kosher cocktail cherries.

“If I want to go to a bar I don’t have to go to a Kosher bar,” says Rabbi Khazanovich. “As long as things are made cold and they don’t have any sharp ingredients, like lemon. If they were to use the same knife they used to cut non-Kosher meat to cut the lemon then you have an issue. But say an Old Fashioned, which has Kosher whiskey, sugar, and Angostura bitters would be fine because the glass is only used for cold things, so they don’t acquire that non-Kosher status even if they have something non-Kosher in them.”

Kosher bitters are another thing that are not as straightforward as they seem. Angostura products are now Kosher certified through the Orthodox Union and there are a few others that are labelled as Kosher, including Peychaud’s.

“Another big thing is make as much as you can on your own if you want to be creative,” says Kovnats-Hall. “You can either look for Hechshers or Rabbinic approval that you can find on a list or make your own. Bitters are a lot of work and a big-time commitment, but I have been experimenting a lot with different flavored syrups. You can get really creative.”

Once you get the hang of Kosher cocktails you can even take it a step further and learn and/or honor the traditional understanding and prayers for different kinds of foods including drinks.

For bars wanting to offer this or even those wanting to offer drinks to guests in their home, kashering the entire bar for a special event can be done under supervision. And even without these preparations, a Kosher-certified whiskey poured directly into a clean glass is a simple and permissible way to offer a guest a drink.

“I think for folks at home or beginners or people who just want to host and have people over for drinks or dinner, really stick to the lists and do your own research as much as possible,” says Kovnats-Hall. “Information is knowledge. Especially when it comes to keeping Kosher, you want to be confident and you want to feel confident in what you are serving to other people or for yourself. For people who keep Kosher, it is something that is important to them, so luckily there are a lot of resources available.”

Bourbonrabbi.com – There’s a WhatsApp button you can use to ask the Bourbon Rabbi what’s Kosher and what’s not.

crcweb.org/LiquorList.pdf – This list is updated yearly by the Chicago Rabbinical Council with liquor, beer, and bar stock items that are Kosher certified.

5781 is the current year, that is if you follow the Jewish calendar. Jewish people just celebrated Rosh Hashanah which is the Jewish New Year. This cocktail is well balanced and beautiful as we hope the upcoming year will be
for us all.

Add all of the ingredients to a cocktail shaker. Dry shake (with no ice). Shake again with ice. Strain into a chilled coupe glass. Garnish with star anise and lemon zest.

Add the maple syrup and water to a small pot. Add spices and ginger. Bring to a boil and then let simmer for 5-10 minutes on low heat. Let the mixture cool – the longer you infuse it, the more intense the flavour is. Strain the mixture.

0 comments on “Doing it right”