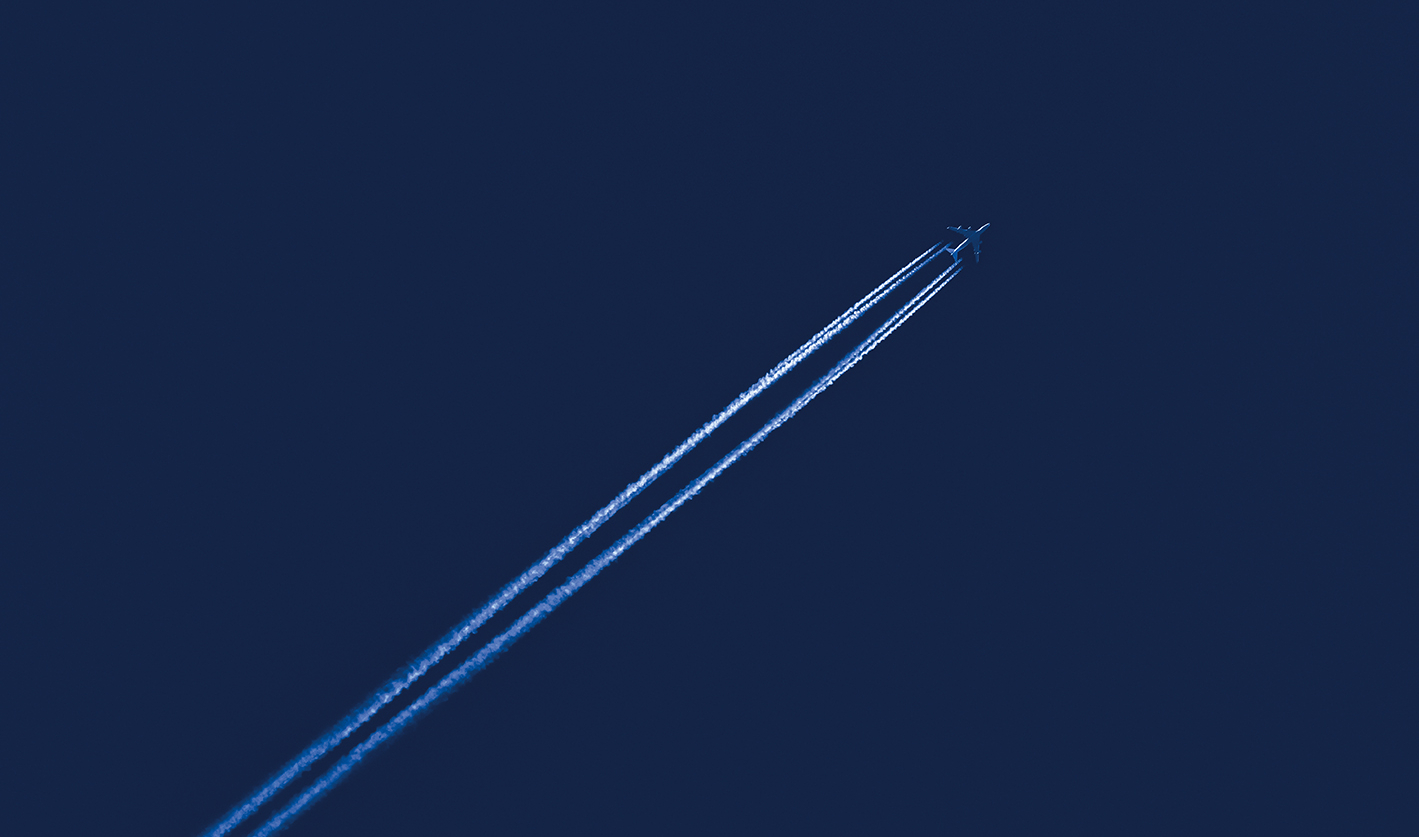 If you’ve ever visited a distillery while on vacation and tried to buy a souvenir bottle to have shipped back home, chances are you have encountered the ban on direct-to-consumer (DTC) shipping that still exists in most states. But why, if you can order wine online, would you be prohibited from buying spirits online or even shipping a bottle home to yourself from a distillery? Whenever there’s something you don’t understand about whiskey laws, chances are it’s a holdover from Prohibition.

National Prohibition lasted from 1920 to 1933 and decimated the distilled spirits and beverage alcohol businesses in the United States. In order to get support for the 21st Amendment, which would repeal the 18th Amendment, states had to be assured they could set their own laws regarding the production, sale and distribution of spirits and beverage alcohol. The result was a mishmash of laws that vary every time you cross state or jurisdiction lines.

In Kentucky, it wasn’t until April of 2020 that it became legal for distillers to ship spirits directly to consumers, at a limit of 10 litres per customer, per month, and even then it depends on whether the recipient’s home state laws allow it.

“The complexities in alcohol beverage law date back to enactment of the 21st Amendment, which repealed Prohibition,” says Art DeCelle, senior council at Lehrman Beverage Law. “Section 2 of the amendment gave each state unique authority to regulate alcohol. The result is that Congress, 50 states, DC, US territories, and hundreds of localities have authority to regulate alcohol beverage production, distribution, and retail sales.”

People who are working toward the legalization of direct-to-consumer shipping are cautious to express their support of these laws with an abundance of caveats. Rather than trying to “cut out the middleman” those who want to see DTC shipping legalized mainly want to be able to expand their markets or serve customers who are tourists wanting to buy a souvenir bottle and ship it home. So why can’t we just change the law across the board in order to make this possible?

“Consumers often ask why alcohol beverage laws rarely seem to change,” says DeCelle. “The average person is generally happy with his or her choices and oblivious to the politics of alcohol beverages. Many people do not drink. Some are opposed to alcohol consumption or concerned about alcohol abuse. In 17 ‘control states’, sales of distilled spirits and wine reap billions directly into state treasuries. No elected official wants to support new taxes to replace those systems. Within the industry, support for licensing and other restrictions is often based on the fact that they protect the status quo and limit competition. For example, quotas on retail licenses in some states make a license worth hundreds of thousands of dollars.”

Still, the pandemic has allowed for some emergency measures that include DTC shipping in a few states as a means to keep smaller distilleries afloat during these economically difficult times. Distilleries lost business from tourists and also lost business from bars and restaurants. The smaller craft brands also saw decreased sales as people got in and out of the liquor store by grabbing something they knew.

“Since Covid-19 hit the US, eight states are permitting in-state distillers to ship their products to in-state consumers as a temporary economic relief measure,” says Chris Swonger, president & CEO, Distilled Spirits Council of the United States (DISCUS). “This has been an important lifeline for distillers who have been forced to shut down their tasting rooms and tours since the start of the pandemic. It has also been widely embraced by adult consumers who appreciate the added convenience and the ability to support their local craft distillers during this challenging time.”

But again, Swonger couches his support in the context of upholding the existing three-tier system, without which beverage alcohol logistics would immediately collapse.

“DISCUS fully supports the important role that the three-tier system has played for over 90 years,” Swonger says. “It provides an unparalleled logistics system in fulfilling consumer demand for our diverse products in a timely manner and has been an important component of our industry’s success. The pandemic has also made it clear that the world of commerce is changing dramatically and the marketplace needs to adapt to meet consumer demands. The emergence of great e-commerce platforms within the three-tier system, including platforms like Drizly, Minibar, ReserveBar, LibDib, Proof and others are helping to deliver consumer convenience.”

It’s unlikely that DTC shipping would prevent people from going to a liquor store in-person. Nothing beats the experience of browsing for something new or talking with your local retailer about what you like to get. What’s more, in-person shopping is immediate, while DTC shipping can take weeks. The biggest draw for DTC shipping laws come from tourists wanting to ship a souvenir home and collectors wanting to get their hands on something that isn’t available in their local package store, neither of which pose a threat to retailers.

Five years ago Philip McDaniel, founder of St. Augustine Distillery, helped create the Florida Distillers’ Guild. The Guild quickly got to work modernizing spirits laws within the state, while working with distributor and retailer partners to temper the changes. The first law pertained to selling bottles from a distillery tasting room – two bottles per person per year. By 2015 they were able to inch up to two bottles per person per year per brand, and by 2017 it inched up to six. Those were the last changes to spirits laws in Florida. The group’s effort to pass an emergency order for DTC shipping in Florida had broad consumer support but never got off the ground.

“There are a lot of different states that have modernized their laws to allow distillers to be more profitable by selling spirits to consumers, but Florida is still being held back pretty severely. We have people who come into our distillery every day who are flying back to New York, Illinois, wherever, who hand us their credit card and say ship it to us and we are like no, sorry, we can’t, Florida law does not allow us to ship to you. We invest all this time in our guests and then we lose them because we can’t ship it to them. It has been challenging and frustrating.”

But McDaniel is careful to point out he’s not trying to compete with retailers, but rather open up new markets and create opportunities for everyone involved by allowing tourists to ship the bottles home and then go and ask their local retailer to start carrying them, a sentiment which is echoed by Swonger.

“Direct shipping to consumers could also help strengthen the three-tier system by allowing distillers to test new products directly with consumers,” Swonger points out. “Then in return, this could provide greater confidence in product innovation before introducing them to wholesalers and also retailers.”

The temporary DTC laws have already provided much-needed relief to distillers in those states.

“On that first day of sales for DTC, we did 80 orders, multiple bottles per order,” says Catoctin Creek co-founder Scott Harris. “At the end of the day that one day of sales was the equivalent of 10 good Saturdays of the tasting room. The second day was almost the same, and the rest of the week was pretty intense. Because at this time the tasting room was not allowed to be open for service, we transformed it into an Amazon-style shipping centre, with bubble wrap and cardboard packs everywhere. Things have settled down since then to a nice even level, and our tasting room is now back open, albeit half capacity. DTC still remains extremely useful, especially when we’re reaching customers within this very large state of ours who are not nearby, places like Norfolk and Roanoke.”

DTC shipping for wine has already been in place for more than two decades thanks to an organized effort on the part of wine producers, but because of the differences in how states treat wine, beer, and spirits, new laws have to take multiple complexities into account.

“Through the wine industry’s progress, we have seen that direct-to-consumer shipping and the three-tier system can coexist,” Swonger says. “Direct-to-consumer shipping has, will, and should continue to serve as an additional market access channel to the traditional three-tier system of alcohol beverage distribution. In the last 15 years, the number of distilleries has increased from 70 to more than 2,000 and there are now over 6,000 distilled spirits products in the marketplace. Increasingly, consumers want to have access to the new and exciting spirits products that often may not be available to them in their state. Direct-to-consumer can be a complement to the three-tier system.”

For those wanting to advocate for changes in laws for any distilled spirits issues, DISCUS has put together spiritsunited.org as a place where consumers can get educated and take action. The popularity of DTC emergency measures means that there is a distinct possibility that lawmakers could move to make such laws permanent after the pandemic is over.