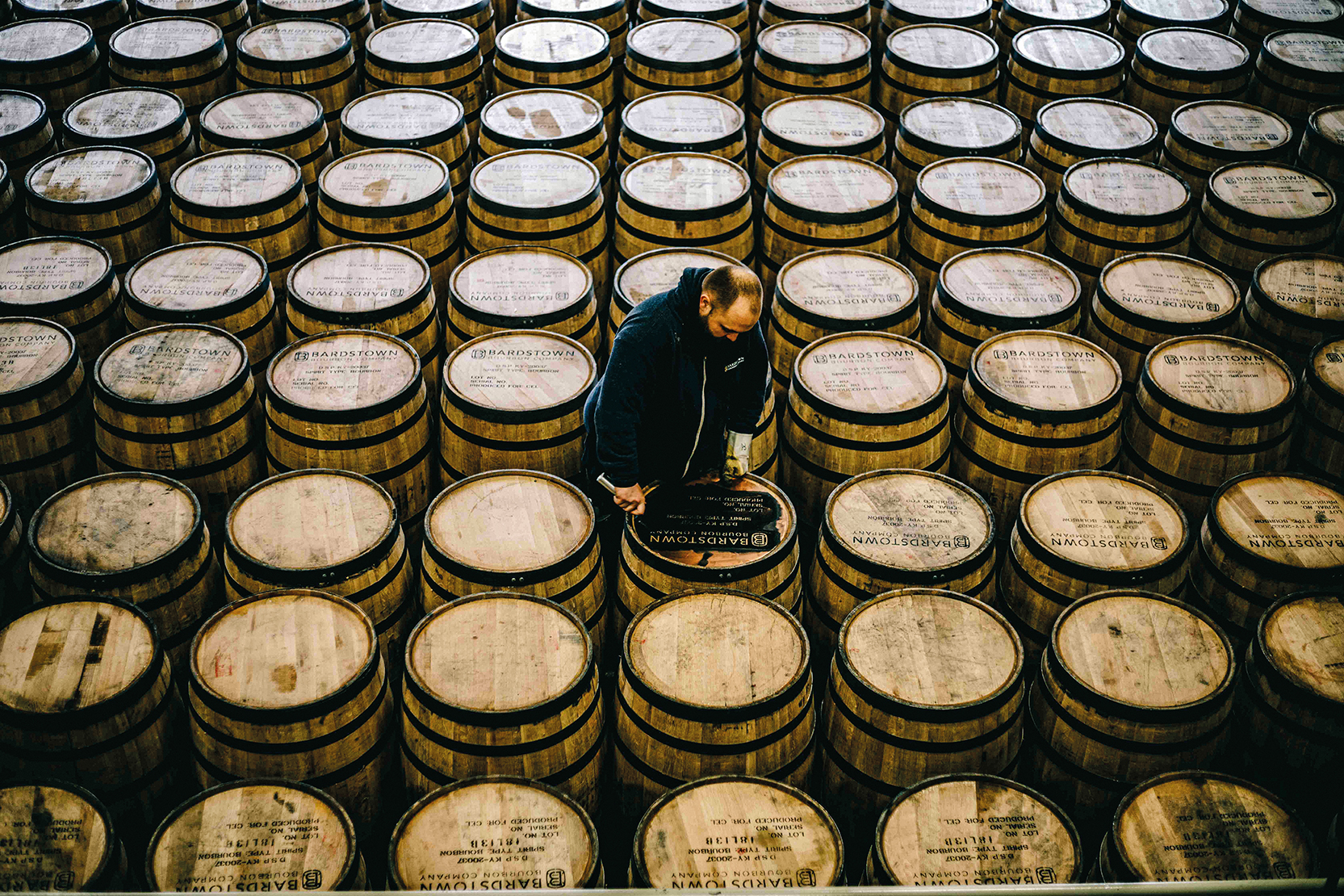 Gather round for a master class in barrel finishes

I enjoy a traditional Bourbon. I’m not exactly a purist who insists that you only add water to your amber elixir. Many a cocktail with Bourbon does my heart the world of good. Profiling whiskey flavors by identifying the best aromas and taste is my jam, all the way to describing the finish. How that Bourbon collectively sits on the tongue with its gorgeous mouthfeel and oh so lovely heat, usually needs no explanation.

So, when an extra layer of flavor is added that twists and turns my palate, I pay attention. I call this the “final finish”, as barrel finishes are taking place all over the Bourbon industry and I have a front row seat. For consumers this means a soft adventure down whiskey lane for innovative, creative and sometimes surprising repertoires of expressions to add on nicely to your tasting pleasure.

But do we understand what the final finish represents? Is it artisan, or marketing? Worth paying a little more for a bottle, or covering up young Bourbon and defects? Joyously the answer is any way you cut it, or should I say drink it. Take your buds on a wild ride and decide for yourself, I think you will be amazed.

According to Andrew Wiehebrink, director of spirits research and innovation for Independent Stave Company, he first began to see brands desiring barrel finishes roughly five years ago. His interpretation of barrel finishes is aged whiskey that is introduced to a secondary barrel, or oak after whiskey has been aged. “When somebody comes to us wanting a barrel-finished whiskey, we first ask what the story or flavor goal is.” This leads his team’s determination to explore the pathways to those flavor options. After all, Wiehebrink is clear that the question is a crucial one, as he determines that there are 400-plus compounds that are detectable flavors in a barrel. Talk about the wide-open Bourbon playing field when it comes to flavor selection.

For consumers this means a soft adventure down whiskey lane

He looks at three major buckets for secondary barrel finishes including used barrels, such as port, wine or sherry – think brands like Jefferson’s cask finishes, or Angel’s Envy. Then new oak, where the second barrel is a new one – brands such as Jim Beam Double Oak, or Woodford Reserve Double Oak. And lastly there are barrel alternatives – flat stave pieces or chips that are inserted or steeped in the barrel. An example is Makers Mark 46 using tank staves to create their additional enhancement.

Jane Bowie, director of innovation with Makers Mark Distillery, defines a finish by “taking maturing product to go an extra step to create extra flavor naturally from the wood”. Makers should know, as it has perfected its Makers 46 with which it began experimenting in July 2010. An inspiration of Bill Samuels, himself. “The team at Makers wanted to design a taste vision by using the same mash bill, but we did not want outside flavors like sherry, port, etc. We wanted the flavors to be from virgin oak. We did 122 experiments to get to the final flavors.” Even though finishes are more expensive to produce, Makers pursued a seared infrared heat, which is a toasting mechanism. This mechanism with French oak caramelizes the wood sugars to exactly the right fit for 46.

What are typical ages of finished whiskey and can it be included in the total age of the original Bourbon? The age of finished Bourbons that use a secondary barrel or oak depends on the type of secondary barrel. Heavier chars are slower and need more time. The spectrum continues finished products from as little as three weeks and up to five years, or so. It all begins with the first barrel. For example, a 14-year-old Bourbon has the advantage of the depth of barrel flavors extracted over the years, so smaller timeframes of secondary ageing may have a two-week timeframe. The biggest mistake would be to “over-extract” the secondary barrel finish. Wiehebrink estimates that 85 per cent of flavors from the first new barrels are depleted by the time it makes it to the second one.

Please do not be fooled, or snobby when you find a two-year-old Bourbon that has been finished. Compounds may be very pleasing for that spirit and may even compete with a five-year-old stand-alone. Remember, each production step that a master distiller makes is a variable in the outcome of a whiskey. Educating the consumer that older does not always mean better whiskey is key.

Believe me, I have had propped up 12- to 15-year-old whiskey that we call “long in the tooth” in Kentucky, because the spirit is over-extracted. Almost like a toothpick flavor because the oak made it ultra-astringent and woody. Ah, back to the art of the distiller and mother nature’s hand with sleeping barrels inside the warehouse, she can truly take over.

Steve Nally, master distiller at Bardstown Bourbon Company who has worked on several finishes for the company, thinks that so much research is being done today that the trick is to be patient and not to rush through (spoken like a true Kentucky Distiller). “Getting the right flavor profile can take time,” says Nally.

Their first finish created was with Copper & Kings. They finished two products each with the start of a nine-year-old and finished with brandy and Moscato barrels to complete the brand, Collaboration. They later ventured into a finished product with cabernet barrels. “The Phifer-Pavitt whiskey was a work in progress, and we tasted many times along the way to get the flavors just right. We knew after 18 months in the secondary barrel that it was ready.” Moving on to Armagnac barrels to create Chateau De Le Baude (a limited 300-bottle release), I can tell you it was sensational. I had the first taste of Le Baude at a food pairing seminar I conducted for the Bourbon Women Association and it was rich in texture and had enormous depth. Nally enjoys watching consumers take on their finished expressions, noting, “they want the flavor first, then the price tag.”

So here’s the bottom line for all you questionable, finicky finished whiskey people. “We are interested in amplifying the whiskey flavors already existing. Makers traditionally has caramel and baking spice and a finish allows us to bring a new expression and create a whiskey with a different point of view”, says Bowie. A different point of view keeps us on our tasting toes as consumers and that can be just where the fun begins.

Always a new frontier for the Bourbon industry, as traditional as we may like to think we are, barrel finishes are an untapped market and we will see more of these in the future. The Scotch industry offered finishes long before Bourbon raised its interest in exploring them; however, we do sell many of our used barrels to Scotland, so relates to the very fact of why you see 15- to 20-year-old Scotch. Bourbon gets the first use of the barrel. Our lucky Bourbon folks may receive up to 85 per cent of the flavor of the first Bourbon barrel, fine by me! That’s it, I’m finished… time for a drink.

0 comments on “The final finish”