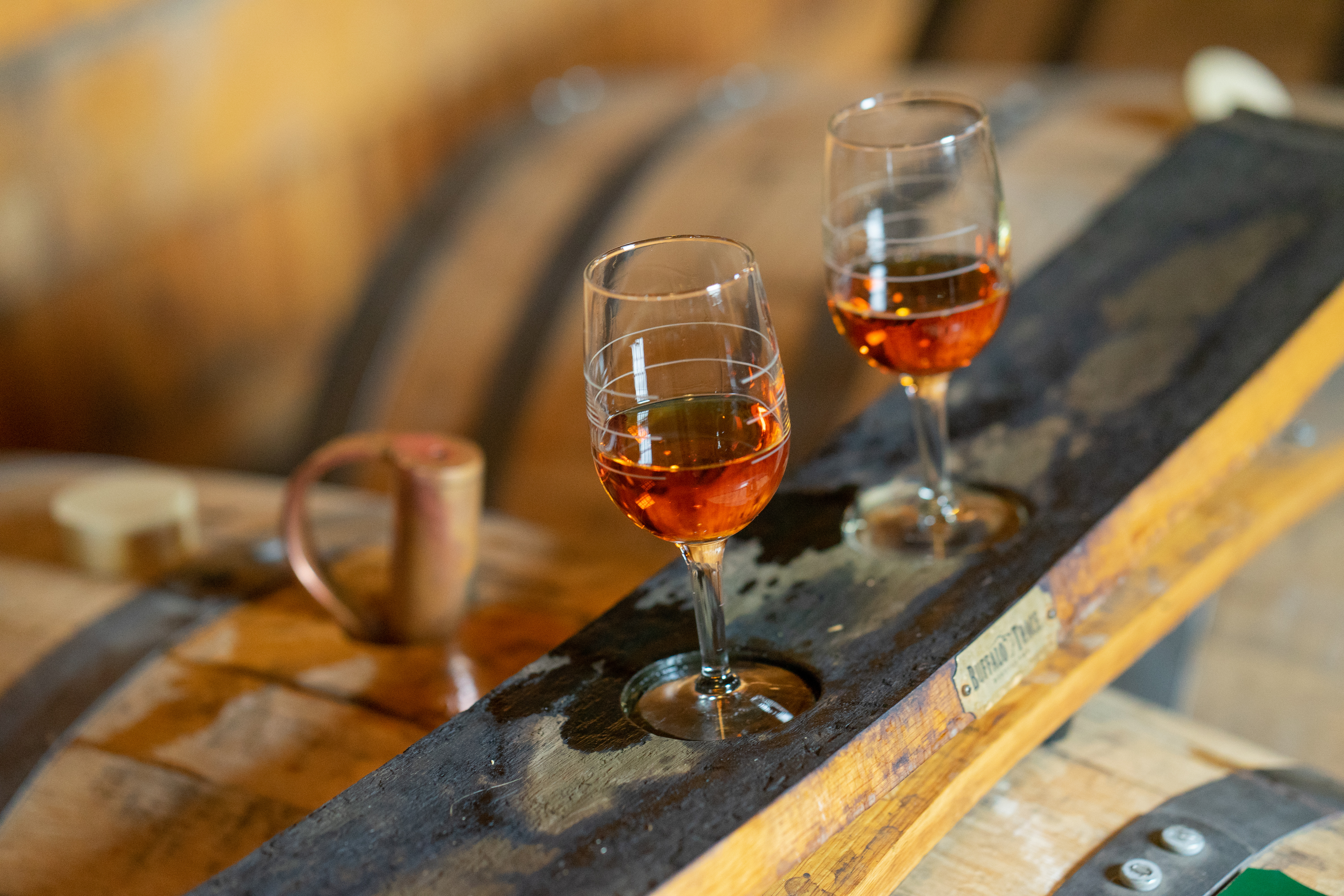 Like many, the pandemic caused Buffalo Trace to redirect its efforts to a new crowd favorite named ‘Whiskey Wednesday Live’.

Due to safety concerns and a lack of travel in the spring this year, Buffalo Trace Distillery turned to new media. The 245-year-old distillery ensured that fans could instead enjoy virtual tourism from the comfort of their own homes.

On-site tours have since resumed at the Frankfort, Kentucky-based distillery.

The show airs live at 2pm EST weekly and is simulcast on social channels for the distillery and its brands. The feed is on the distillery Facebook page, and YouTube account. You can also find replays on the distiller’s Instagram feed. Past episodes are easily found on the Buffalo Trace Bourbon YouTube channel.

The show debuted with almost 30,000 viewers on Facebook and YouTube when Harlen Wheatley showcased the grains used to make Bourbon cooking in the mash house. Fans immediately began sharing the streams, posting questions for subsequent shows, and virtually visiting the Distillery in ever-increasing numbers.

“Whiskey Wednesday has given our fans and visitors a connection to us, and allowed us to connect with them, in a time when personal connections are more challenging,” Wheatley says. “If people can’t travel to the Distillery in person, what better way to tour or enjoy a Bourbon tasting with us from wherever you are. We’re grateful to our fans for watching and interacting. We hope they keep doing so.”

Future Whiskey Wednesday episodes are planned to continue in 2021. They will include more Bourbon tastings, behind-the scenes tours, trivia, history and special guests.

In addition to Whiskey Wednesday, fans can take a virtual tour of the property anytime on the Distillery website.  On-site distillery tours are complimentary and available too, but by reservation only.

The Distillery also continues progress on its $1.2 billion infrastructure improvement and distillery expansion to increase production for future Bourbon demand.