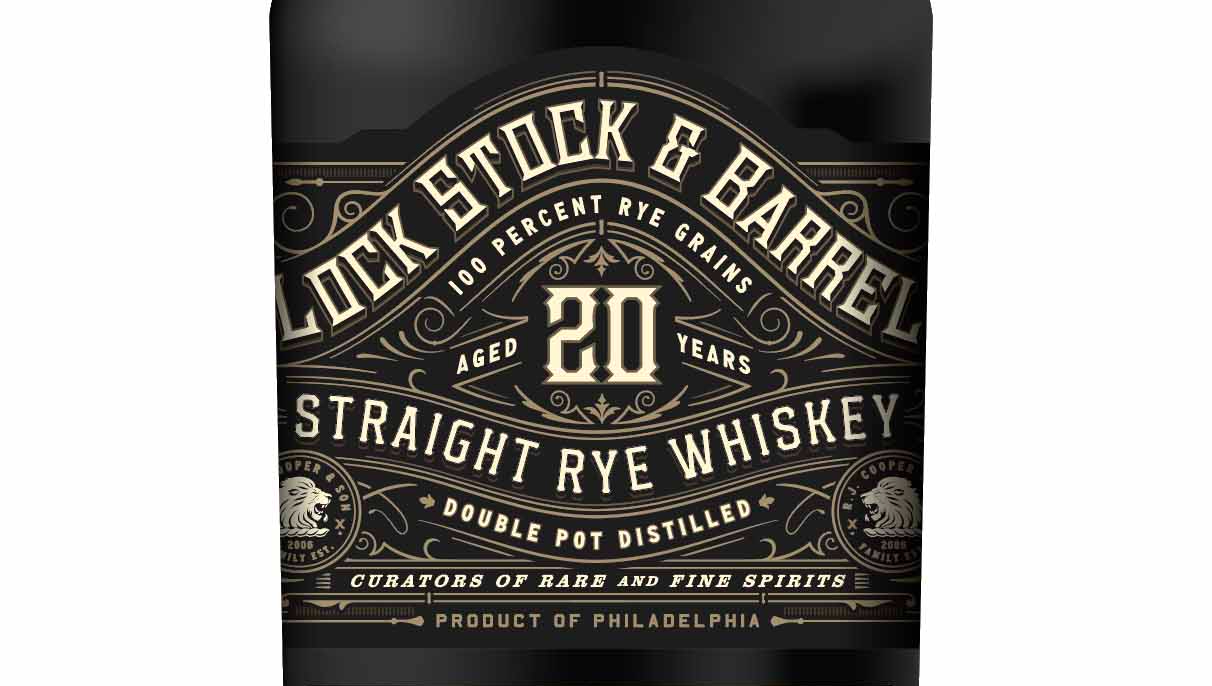 Independent, family-owned brand The Cooper Spirits Company has unveiled the only US-made 20-year-old rye whiskey that is currently available on the market. Lock, Stock & Barrel 20 Years Old rye is the fourth in the series from the company.

The Lock, Stock & Barrel bottling is sourced from Alberta Distillers Ltd. barrels that were selected by third-generation distiller Robert J. Cooper. The brand has created the expression using a rare mash of 100 per cent rye grain in copper pot stills. From there a “robust cut” is selected and aged in cold water, in newly charred American oak barrels.

The Lock, Stock & Barrel series derives from The Cooper Spirits Company’s library of whiskey stocks. All of the barrels there were selected by the late Robert J. Cooper.

The 20-year-old bottling stands out in particular as it was sourced from Alberta Distillers Ltd. barrels. The aforementioned casks were termed by Robert to be the honey barrels, which are its oldest and rarest stocks.

The series debuted in 2013 with the 13-year-old expression, followed by the 16-year-old and 18-year-old, both of which won double gold at the San Francisco World Spirits Competition.

“To say that Rob Cooper was a pioneer in the spirits industry is an understatement,” said Chad Solomon, Cooper Spirits’ director of trade advocacy and innovation. “Rye was only in the infancy stages of its revival when Rob began purchasing barrels, cultivating an incredible library built for long aging. His foresight has allowed us to continue producing premium spirits like the Lock, Stock & and Barrel line, and I’m proud to continue this legacy with the launch of the 20-year-old expression.”

Because American whiskeys must be aged in new charred oak barrels to be labeled bourbon or rye, they run the risk of becoming over-oaked the longer they’re aged. Lock, Stock & Barrel 20 Years Old avoids this result due to the cold climate, 3.5 barrel-char, and lack of toasting, providing a rich and robust, yet balanced, flavor.

Lock, Stock & Barrel 20 Years Old is best enjoyed neat, over a large ice cube, or with a splash of spring water to unlock all the robust flavors. Allocated to just 1,000, three-pack cases, and featuring a proof of 112 (56% ABV), the expression is available at specialty retailers nationwide at an SRP of $389.