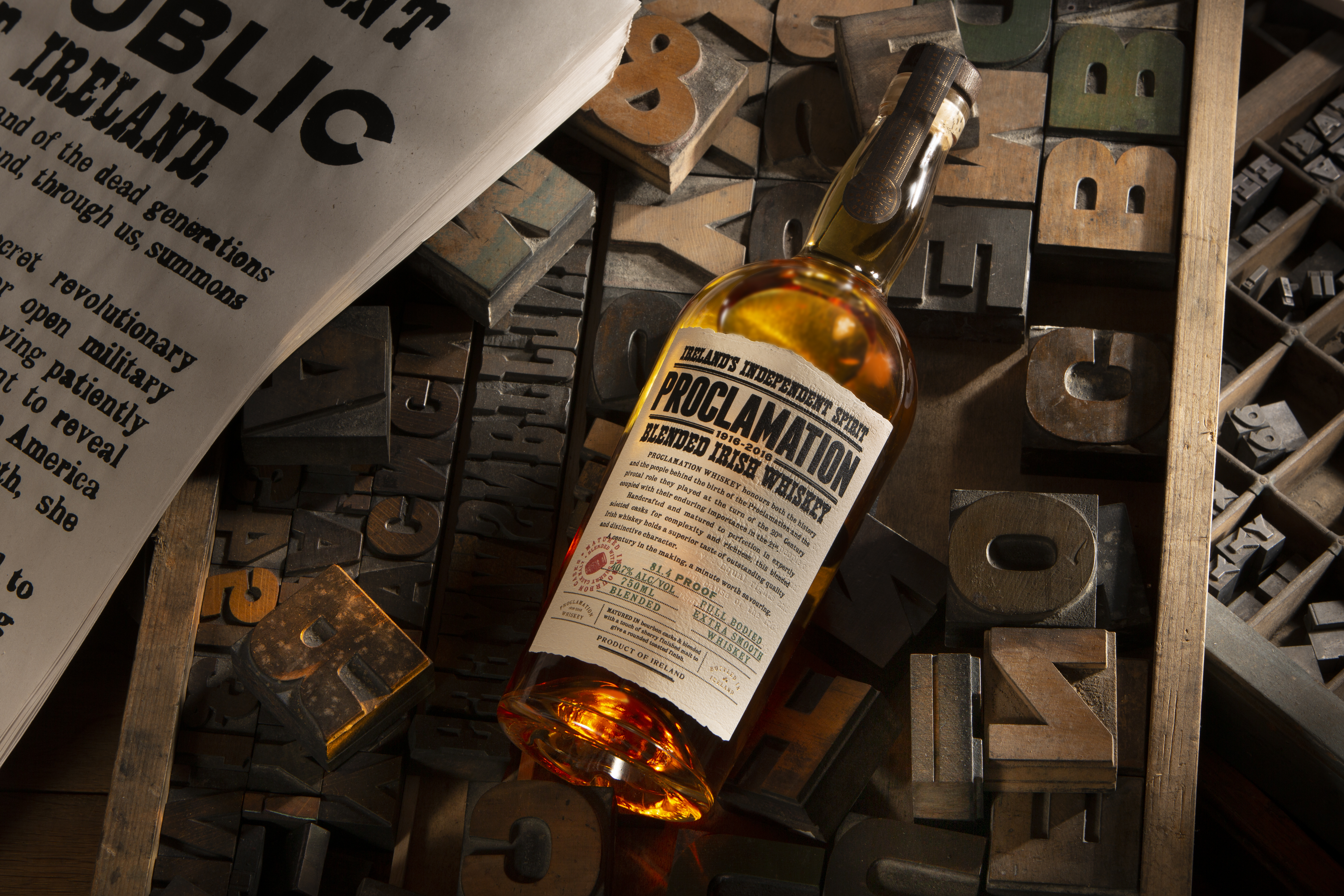 The whiskey itself was created in order to honour the defining moment of Ireland’s independence, the 1916 Proclamation and was launched in the US in September 2020.

Based in County Mayo, Proclamation whiskey is owned by Inis Tine Uisce Teoranta (ITUT) and was created as a collaborative effort by leading technical specialists, craftspeople, and spirits professionals to create an original Irish whiskey blend.

“We raise a glass and celebrate the shared history between America and the independent Ireland we know and love,” said Stephen Cope, managing director of ITUT. “Today, the spirit of the Proclamation serves not only as a symbol of Ireland’s history but takes an historic place in American history, also.”

The blend is created using Irish grain and malt whiskeys, in which a sherry-finished malt is included, is triple distilled and aged in American oak barrels. A further period of maturation then occurs in Bourbon casks, providing an abundance of fruit notes and creaminess to the whiskey.

The suggested retail price (SRP) for the Blended Irish Whiskey is $29.99 and it can be found at The Whiskey Dealer and wine and spirits retailers in select markets.