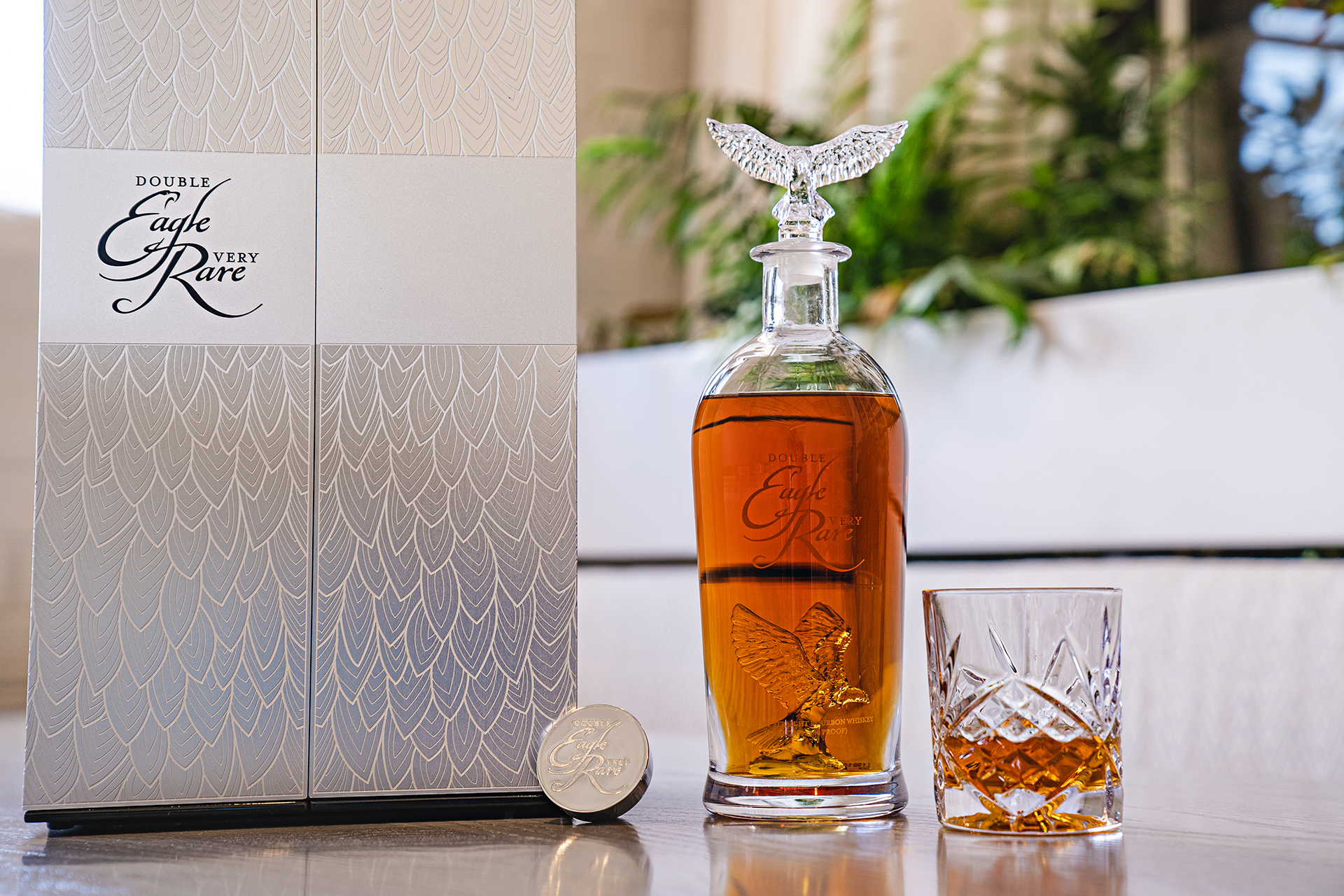 Kentucky-based Buffalo Trace Distillery has announced the release of the third expression in its Double Eagle series.

The 20-year-old Double Eagle Very Rare Bourbon marks the third release since the series was introduced to the market in 2019. After resting for two decades on the lower floors of the Frankfort distillery’s warehouses, this release is twice the age of the standard Eagle Rare Bourbon.

The presentation of this whiskey is befitting of its age statement, with the same handcrafted packaging as the previous two releases. However, there is a difference when it comes to the proof, with the Double Eagle Very Rare 20 Years Old Bourbon coming out at 101 proof. This new proof is a nod to that of the original Eagle Rare Bourbon when it was released in 1975.

The two-decades-old bourbon is bottled in a luxurious crystal decanter and arrives in a silver presentation box. The presentation box consists of two sliding doors, imprinted with a design similar to eagle feathers. Only 199 of these bottles were produced and each bottle includes an individually numbered letter of authenticity noting it is from this specific collection.

The suggested retail pricing for Double Eagle Very Rare is $2,000; state taxes will vary per market and will be available starting in February. To watch a video of the production of this bottle click here.