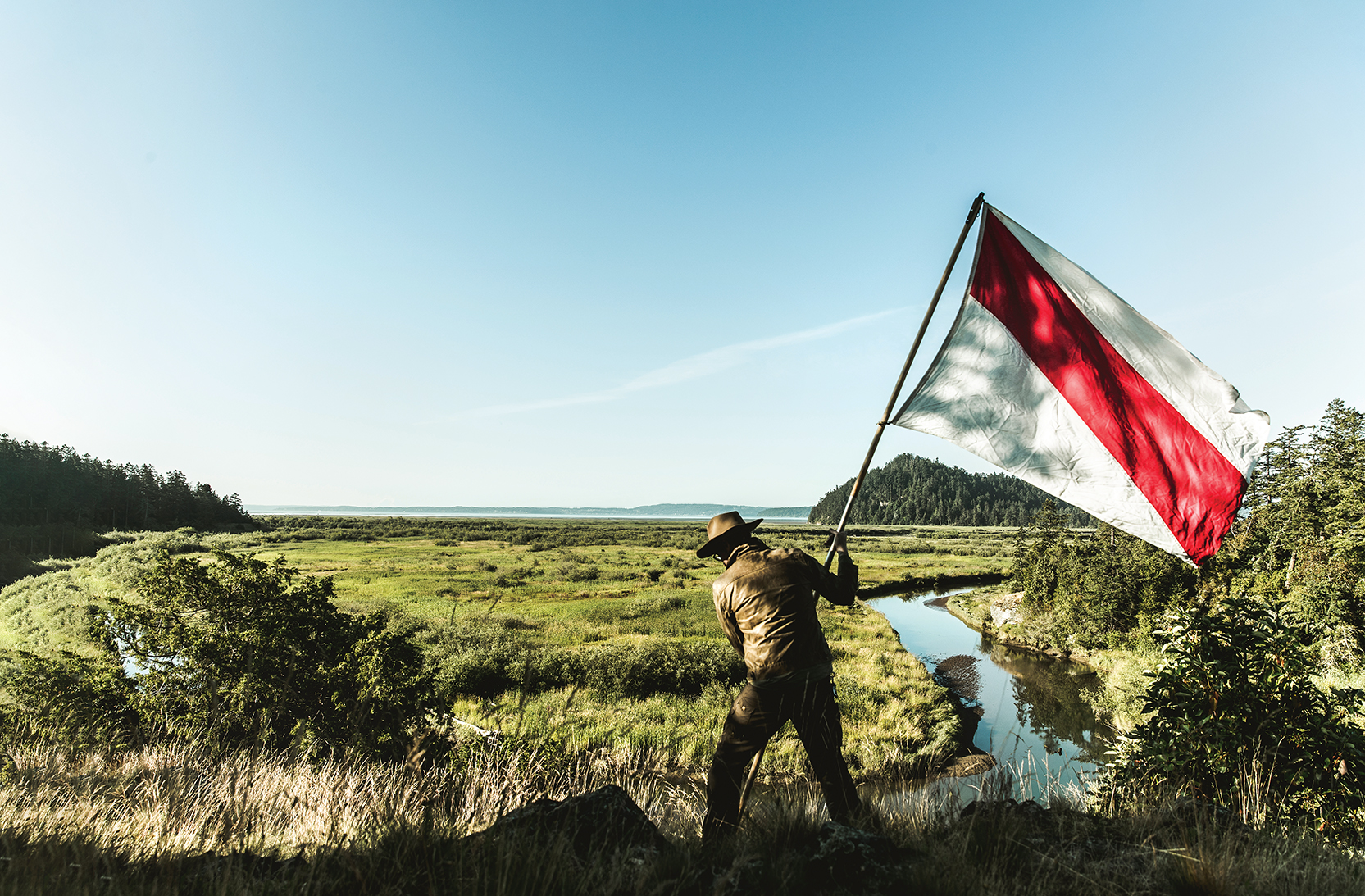 It’s bold statement time: I am truly in awe of American single malt producers. There, I said it… the world is still spinning so it would appear I can continue down this path. For many, particularly those outside of America, the idea that there is whiskey coming out of the US that isn’t Bourbon is quite a foreign concept. For those of us looking from the inside out it is still something that causes a fair amount of head-scratching, but more importantly than that, a lot of excitement.

One of the many reasons I have been so excited to find out more about Seattle-based Westland Distillery is because it has solely focused on the production of American single malt.

The 10-year-old distillery is not only sparking more interest in the category, but also shining a light on the importance and impact that terroir has on the whiskey we consume. For many years the distillery has been crafting a project that would demonstrate the endless possibilities to be found in the Pacific Northwest, and now it is here.

The central tenet which surrounded the creation of the Outpost Range is that there are still an abundance of possibilities to be explored in single malt. Matt Hofmann, master distiller and co-founder, delves into the details, “At Westland we’re exploring uncharted territory, specifically by expressing a sense of place, or provenance through unique raw ingredients. Not long after founding the distillery in 2010 we found the edges of the known whiskey universe pretty early on in our history.

“The difference between Westland and a lot of other whiskey distilleries around the world is our level of comfort with the idea of breaking new ground beyond the edge of what is known or seen as standard practice. Indeed, we thrive on it.”

With that sentiment in mind, it is clear to see that a creation such as the Outpost Range was inevitable from Westland and that, indeed, it is a part of what the brand fundamentally is. Matt adds, “The concept was really simple: each release is, truly, a new Outpost on the edge of known territory in whiskey. Each edition is a new part of the whiskey map that we are charting, adding to a 500-year-old history in this industry. So, let’s just describe it as such, easy as that.”

As explained by the masterminds behind the brand, the beauty of the Outpost Range is found in its simplicity. Each of the three whiskeys focuses on a single raw ingredient found in single malt, with the clean neutral water providing a constant.

Matt goes on to explain, “Single malt whiskey really only has five ingredients: water, malted barley, peat, oak casks, and yeast… That leaves us with oak (Garryana), malted barley (Colere), and peat (Solum). Luckily for us we are able to explore all three of these ingredients in ways that haven’t been done before.

“If we were in the Midwest and we only had Quercus alba, American white oak, to explore, it wouldn’t be nearly as interesting because it basically has been explored – defined in depth, in fact. While we weren’t the first distillery to use Garryana oak, we were the first to release something that happened to be exclusively matured in these kinds of casks and then to experiment with them in different release styles.”

The case is similar when it comes to the variety of barley available to Westland, in comparison with Scotland. Matt explains his theory, “You have to go outside of the commodity system to really explore barley like this, and the commodity system is nearly absolute in the Western world when it comes to grain. But not here. Here we practice ‘community’ agriculture with a number of partners including farmers, maltsters, and grain breeders. That’s how we’ve been able to utilize more than 20 different barley varieties and counting.”

When it comes to peated malt, that’s a new concept in North America entirely and to the best of the brand’s knowledge, the first batch of locally peated malt made with its partners at Skagit Valley Malting in January 2016 was also the first ever made by any maltster on this side of the Atlantic Ocean.

Matt adds, “If we were doing this on Islay, you would have a lot of precedent established. Everything is new for us here but we’re also freed from the confines of convention. We’re able to find our own methods and solutions in the details.”

As mentioned earlier, the Garryana expression has been a part of Westland’s core range for many years. Now in its fifth annual edition the whiskey focuses on the flavour profile of Quercus garryana, the local species native to the Pacific Northwest and the only other oak species used to make casks in North America other than Quercus alba, the American white oak.

Matt explains, “It’s really easy to compare the flavor profile of the two: Garry oak is like American oak, but darker. Instead of caramel, think molasses. Instead of baking spices, think clove. Instead of coconut, think blackberry jam. There’s a savoriness to it as well – think burnt ends for all of you barbecue fans out there.

“Each release is exploring what to balance those flavors against and how they integrate together. For example, Edition 5 of Garryana is comparing that spicy, savory characteristic of the oak to the spicy, smoky characteristics of peat. They’re related in terms of chemical makeup. They’re both coming from phenolic aroma compounds. But pitting these two sources of phenolic flavor notes against each other and seeing how they interact with each other in the final product is something that’s never been done before.”

It’s good to note that if you’re a fan of oak-focused whiskeys like Bourbon, it’s highly likely you’ll be a fan of this too.

Colere, which focuses on the use of locally grown barley, is noticeably different from Garryana – or at least the first few releases will be. Matt explains, “The central focus of each bottling is highlighting the flavor derived from diverse, locally grown barley varietals. As varietal flavor can be more subtle than roast levels like we have in American oak, we balance the whiskey out by actually eliminating any new oak at all in maturation. It’s all barrels that once held something from us before, or ex-Bourbon casks.

“Balance is critical in each whiskey, but we get there by comparing the powerful flavors of Garry oak with powerful flavors from elsewhere in our house style, versus the elegant flavors of barley varietals with less impactful notes from used casks. The end result is that Garryana comes across as a punk rocker in a leather jacket on a motorcycle, whereas Colere is an old monarch, complex but with table manners, if that makes sense.”

Lastly, Solum takes to the stage with its focus set entirely on peated malt that is made from peat harvested at a bog in Washington State, approximately 40 miles from the distillery. As is to be expected, the plant material is vastly different to that which you would find in Scotland.

Clearly a lover of the wonders to be found in peated malts, Matt continues to explain the process, “There are so many species of plants in there that contribute to the peat that it boggles the mind. That’s playing out in the liquid we’re putting into barrels as well, a really exciting development. If you’re expecting this to be a carbon copy of an Islay single malt, you’re probably barking up the wrong tree. The difference is the point.”

After showcasing such creativity and vision in these expressions, you have to hope that these whiskeys will be as warmly received as they should rightfully be. Of course there are some who will never stray from their favorite dram, and that is okay; whiskey can mean different things to different people. As Matt explains, “We are constantly surprised by how quickly whiskey drinkers are warming to the category… For every one that can’t wrap their heads around American Single Malt there are 10 new drinkers who are eagerly coming to the category from all walks of life everywhere around the world.

“Knowing that every major high-end whiskey-consuming country has a rapidly growing audience of consumers that are interested in high-provenance products that are authentic, sustainability-minded, transparent, and innovative, which category do you think matches that description in the long run?”

When it comes to planning for the future of the Outpost Range the team’s approach is mirrored by the consumer shift towards a greater interest in provenance, uniqueness, novelty and sustainability. There is a growing call for whiskeys of this ilk, but in reality very few are able to hit the mark.

From where I’m sitting it seems like Westland hasn’t fallen prey to this and has successfully created something that explores the unknown. As Matt eloquently concludes, “Does it draw you in, invite you to ask more questions and expand your horizons? Or does the experience simply cease when the glass is empty? That’s what we’re trying to do with the Outpost Range – to connect with people’s hearts and minds, their values and their curiosity, beyond just simply providing a delicious dram.”

0 comments on “An Abundance of Possibility”