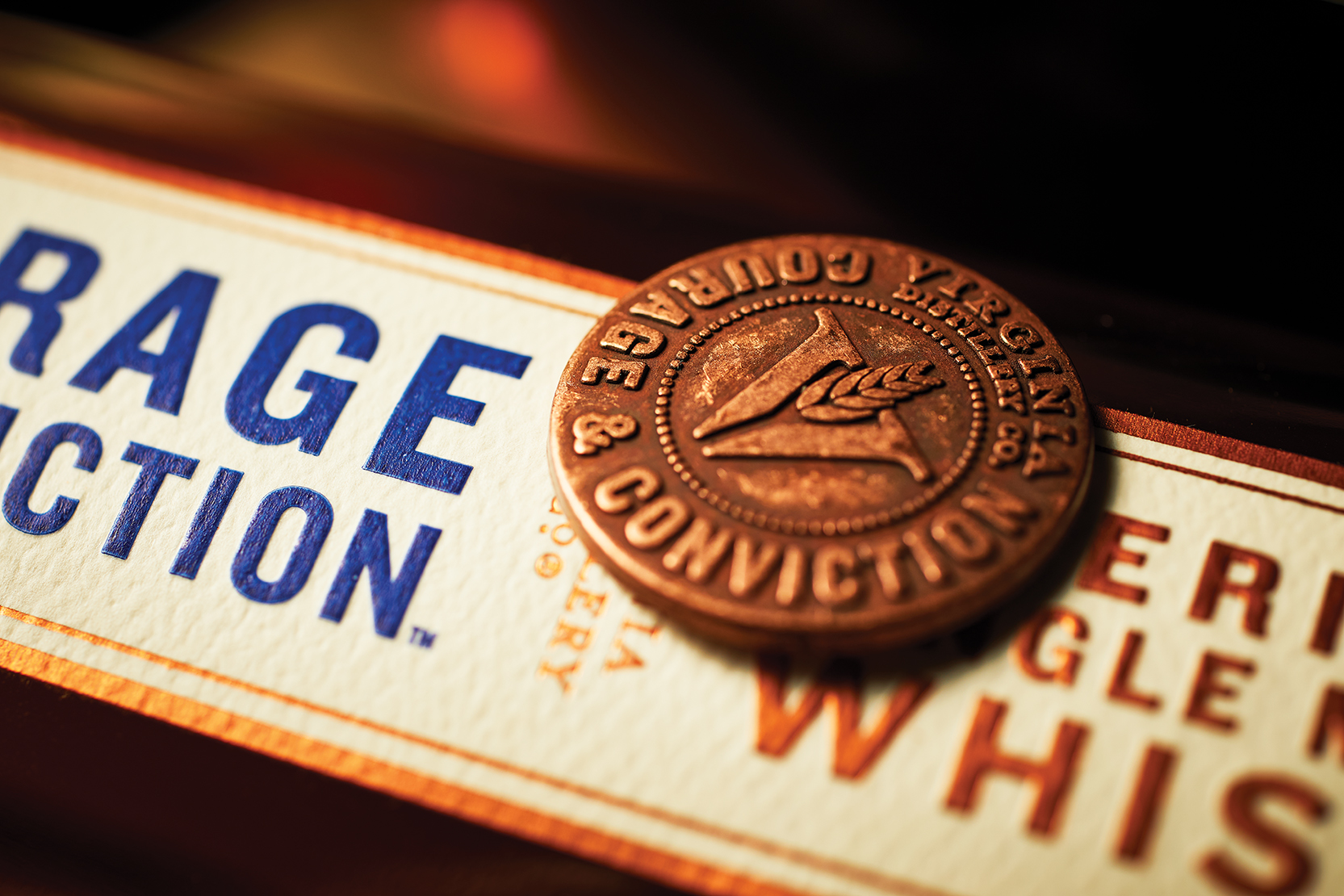 Virginia Distillery Co. have true courage in their convictions

For Virginia Distillery Co., the words courage and conviction are more than just a turn of phrase that has been slapped on a label to make a compelling sales pitch; for the team it is a statement about who they are and what they stand for.

Last year, more than ever, this was laid out for the world to see when come hell or high water – or a global pandemic – there was no stopping their vision and the launch of the brand’s new American single malt whisky, Courage & Conviction. Note: Virginia Distillery Co. refer to their whiskey sans e, befitting of a brand that creates single malt.

Looking back as far as 2016, the aptly named Virginia-based distillery (just in case you haven’t had your morning coffee and figured that one out for yourself) had scheduled in the launch date of April 2020 for the new creation. Of course, we now know that best-laid plans were not going to be quite so easy to execute, as Virginia Distillery Co.’s brand director Marlene Steiner explains, “This particular launch had been many years in the making, even prior to 2016 based on our founder’s vision, so when we started seeing potential launch impacts based on the pandemic, we just kept moving forward.

“We implemented a number of pivot strategies which helped us successfully launch despite national lockdowns.”

When you look very hard, there is one positive to have come out of the pandemic for the industry and that is the realization that virtual reach opens a lot of new doors.

As Marlene adds, “An on-site media visit went from hosting 10 members of the press at the distillery, to executing virtual press tastings and interviews throughout 2020… Market events went from in-person to virtual, from private group Zoom tastings, to Instagram and Facebook live events.

“We quickly implemented direct-to-consumer shipping in April alongside a new regulatory change in Virginia and also expanded shipping to states outside of Virginia from 23 to 41.”

With such quick thinking and adaptation to the circumstances presented to them, the brand was doing its new release proud. If their attitude towards whiskey making and production isn’t offering enough of an explanation, what was the story behind Courage & Conviction’s inception?

Perhaps it’s wise to begin with the man, the myth, the legend, the late Dr Jim Swan, who was engaged by the brand as a consultant even before it began distilling operations. Virginia Distillery Co.’s CEO Gareth H. Moore

explains, “We were seeking input on our approach to building our cask houses for maturation, understanding that the climate in Virginia is much more extreme than climates in the more traditional single malt-producing areas.”

In fact, as it turns out Virginia’s climate is far better suited to creating Bourbon thanks to its hot summers and cold winters. When Dr Swan joined the team he was appalled to learn that there was even the mention of climate control systems being uttered in the distillery’s four walls. Gareth goes into more detail of that moment, “To him, not only would that prevent accelerated interaction of the spirit with the wood, but it would also rob us of the opportunity to give the whisky a sense of place.

Well I, for one, have chills. Although Dr Swan’s involvement crystallised the notion that single malts are a true reflection of the area in which they are produced, Gareth’s late father also had a passion for the style

that had become his son’s too. He adds, “From the salinity of an Island malt to the peaty notes of an Islay malt, they represent the locations they came from. That captured our imagination, creating something that we could imbue with a unique sense of place based on our climate in Virginia.”

If this issue of American Whiskey Magazine is anything to go by, there is no doubt that American single malt is continuing to capture the hearts and stills of many distilleries in the US. As always with the whiskeys we love, the slightest difference will change what you’re experiencing in the glass and seeing the brand delve into what its environment has to offer is exciting.

As Marlene explains, “Our signature style showcases the ability to balance both sides of single malt – our American whiskey roots alongside a traditional Scottish approach. A lot of American single malt producers incorporate new oak, either exclusively or in some part, so the resulting whisky reflects that.”

The Scottish approach Marlene is referring to comes from the traditional casks that are used there, which are then combined with an innovative barrel. What they are finding in the use of Cuvée casks is a gentle balance between Scotch traits and a more forward hit of barrel spice. Marlene continues, “What I love about Courage & Conviction is, you still get all of the beautiful and delicate malt notes alongside really interesting and complex barrel notes, driven by the trio of casks we use. The fluctuations in temperature and humidity in Virginia also do a great job putting our casks to work, so we are truly getting some great development as well, season-to-season.”

It is exciting to ponder the ways in which Courage & Conviction expressions will develop in the years to come, and it looks like we won’t have to wonder for long. As Marlene explains, “We’ve been really excited about getting new releases under the Courage & Conviction product line out the door, which will start happening in April 2021.

If that’s not enough to tickle your experimental fancy, then just you wait for 2022 when the brand will be rolling out experimental casks as well. Marlene notes on this subject, “For us we’re excited to remain focused on producing high-quality whiskies that rival the finest in the world. From Dr Swan’s tutelage we have a broad understanding of how we expect the distillate and the cask to perform within our climate, so to see that playing out has been an exceptional and exciting journey.”

While we wait, I’ll certainly be enjoying a dram or two of Courage & Conviction’s flagship release. Should you choose to join me, Marlene helpfully hints at what you could expect to find in your glass, “Our core profile incorporates a little bit from each cask type, and each batch will also have the influence of those different casks. Generally speaking, we’ll see some beautiful notes of butterscotch, caramel, raisin and barrel spice, rounded out by some brighter red fruit… Altogether, we find this whisky delicious.” I have no doubt about it. Let’s raise a glass, or two, to that!