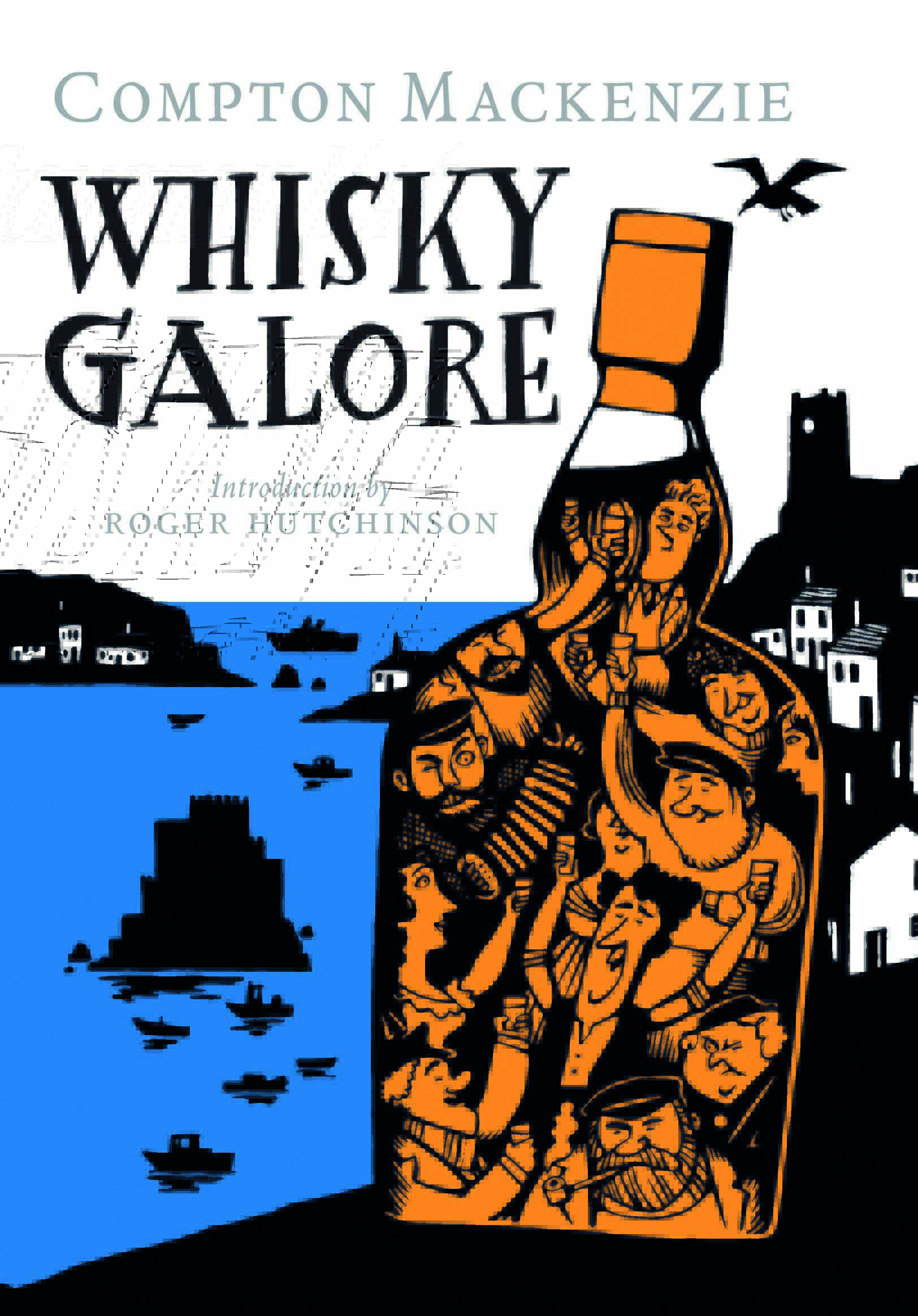 Susan introduces us to armchair reading for whiskey lovers

My friend and colleague Michael Veach, with whom I’ve written a pair of books, has a wonderful term for a fine sipping whiskey: ‘book Bourbon’. A book Bourbon is one that exhibits great complexity. Its successive layers of flavor reveal themselves as the Bourbon spends time in the glass.

To enjoy a book Bourbon, pour a couple of fingers in your favorite glass, be it a Glencairn, rocks, or small snifter. Add an ice cube or a splash of water if you like, especially if it’s cask strength. Repair to your favorite reading chair and settle in with whatever book you happen to be reading. Nose and take a sip. Then read a chapter. At the end of the chapter, take another sip.

The idea, of course, is to pace yourself. It’s much easier to practice patience while the Bourbon is opening up in the glass if you have a second activity, such as being absorbed in a good book.

Over the last few months as many of us were compelled to stay home, we’ve had more time for reading. In the coming months, as the weather starts to get cooler, that indoor time with a book and a Bourbon could ideally be spent in an armchair by the fireplace. (Just keep that flammable sip on the far side of the chair from the burning logs!) So why not do a bit of book and whiskey pairing? Sure, you can sip any of your favorites with your choice of mystery or biography or science fiction. But here are a few suggestions for matching some reads to appropriate whiskeys.

The Devil in the White City: Murder, Magic, and Madness at the Fair that Changed America by Erik Larson – Paired with
F.E.W. Bourbon

Larson is a master of narrative non-fiction and this account of the making of the World’s Columbian Exposition of 1893, better known as the Chicago World’s Fair, describes how renowned architect Daniel Burnham and his team managed to launch the fair that essentially made Chicago a major American city. It also happens that, undetected for quite some time, a serial killer named H.H. Holmes was preying on young single women attracted to the spectacle of gleaming white buildings and international exhibits. Among the speakers at the Columbian Exposition was Frances Elizabeth Willard, the president of the Women’s Christian Temperance Union, who lived just north of the city in Evanston. (She makes a brief appearance on page 57 of the book.) So, the perfect Bourbon to enjoy with Larson’s page turner (which won the Edgar Award for Best Fact Crime) must be F.E.W. Bourbon made in Evanston and named (rather ironically) in honor of, you guessed it, Frances Elizabeth Willard. The label even sports an image of the Statue of the Republic that was a centerpiece of the fairgrounds.

This is a historical mystery novel set in Pennsylvania in the 1790s with the action centred around the events of the famous Whiskey Rebellion, in which farmer/distillers objected to the new federal government’s attempt to tax their whiskey. The lead fictional protagonists are a former spy in Washington’s army and the wife of a farmer who has disappeared under suspicious circumstances. Historical figures including Washington and Hamilton are also characters. In first-person narrative on the very first page of the book, one of the characters states, “After consuming far more than my share of that frontier delicacy Monongahela rye, a calm resolution had come over me.” A modern version of the “frontier delicacy” would be one of the expressions of Dad’s Hat from the Grundy Mill Distillery of Bristol, PA. There’s a six-month-old 90 proof, a four-year-old 95 proof, and, probably the best fit as a book Bourbon (or reading rye), the bottled-in-bond which, of course, is at least four years old and 100 proof. Each has a mash bill of 80 per cent rye and 20 per cent malted barley.

In this Cold War political satire set in Cuba during the 1950s, an English vacuum cleaner salesman named Wormold is recruited to be a British spy. (This is probably not how Her Majesty’s Service found James Bond.) He’s supposed to be stealing plans to military installations, but instead manages to fool

British intelligence by sending them diagrams of vacuum cleaner designs. The novel’s climax is a drinking challenge in which Wormold must match drinks during a game of draughts (that’s “checkers” to Americans), in which he and his opponent use miniatures of Bourbon and Scotch in place of red and black game pieces. Each time a piece is captured, the player losing the piece must drink it. Old Forester, Four Roses and Kentucky Tavern are each mentioned by name. So, the 115 proof Old Forester 1920 would be a very fitting book Bourbon for this classic. The whiskey opens beautifully with just a little water.

Kentucky poet, novelist, essayist and farmer Wendell Berry is prolific and has often used a fictionalized version of his home town as a setting. This short story, which takes place in 1920 as Prohibition has begun and women are on the verge of gaining the right to vote, is a perfect introduction to his gentle style of humor. Tol and Minnie Proudfoot, who feature in many of his works, are on their way home from town in their horse-drawn wagon. Minnie, who is a member of the Women’s Christian Temperance Union, reaches under the seat and discovers Tol’s half-pint of Old Darling Bourbon. (I will not give away what ensues.) Old Darling was an actual Bourbon brand made at the Old Darling Distillery in Carroll County located on the banks of the Kentucky River. It closed when Prohibition began. A 90 proof Bourbon, the strength of Old Darling cited in the narrative, would be perfectly appropriate for this relatively fast read. Two 90 proof Bourbons I would suggest are Buffalo Trace and Maker’s Mark.

Pulitzer Prize and National Book Award winner Proulx is known for her novels The Shipping News and Accordion Crimes. This is a book-length collection of 11 stories set in Wyoming and includes “Brokeback Mountain”, about a pair of gay cowboys, which first appeared in The New Yorker and was made into an Academy Award-winning movie starring Jake Gyllenhaal and Heath Ledger. Of course, Wyoming Whiskey from tiny Kirby (population, 87 – no zeroes are missing from this figure) is the natural pairing here. The Bourbon uses wheat in place of rye in its mash bill and all ingredients, including water from a limestone aquifer, are locally sourced. The signature five-year expression is 88 proof and provides the perfect accompaniment for a short story. If you are going to dive into more than one story in the collection, it would be the perfect time to try the barrel strength.

Published in 1947, Whisky Galore takes place on a pair of tiny islands in Scotland’s Outer Hebrides during World War II. Having an agrarian economy, the residents of Great Todday and Little Todday have no problem stocking staples rationed throughout the rest of wartime Britain, such as butter, eggs and meat (lots of dairy cattle, sheep and chickens on hand). But in order to keep up the spirits (so to speak) of the Americans who are sending ships transporting much-needed supplies to Britain, Britain is shipping virtually all of its Scotch to the US, where distilleries have been converted to making industrial alcohol for the war effort. The result is a chronic shortage of “wee drams”. But then, the Gaelic gods smile on Great and Little Todday. One of the whisky transport ships wrecks, and hundreds of cases of Scotland’s finest wash ashore. Some of the transliterated dialogue is a bit hard to follow at times, but there’s a handy glossary at the back complete with pronunciations. Rather than single malt Scotch, sip any of the various American malt whiskeys on the market such as Balcones Texas Single Malt, Dead Guy Whiskey, Stranahan’s and Woodford Reserve. Of course, McKenzie’s would be especially appropriate for the occasion.

No article on whiskey and literature should omit two great American authors strongly associated with Bourbon. Samuel Clemons (aka Mark Twain) has been famously quoted as declaring, “Too much of anything is bad, but too much good whiskey is barely enough.” Sip the whiskey of your choice with his finest book, The Adventures of Huckleberry Finn.

Lastly, I would have to recommend Four Roses; it can be any expression of your choice, but that must be the tipple to accompany the Southern Gothic masterpieces of Nobel laureate William Faulkner. The writer insisted it was impossible for him to write without a bottle of that specific brand to hand. Perhaps we should all try it to get the creative juices flowing. He wrote for all whiskey lovers, “Civilization begins with distillation.”