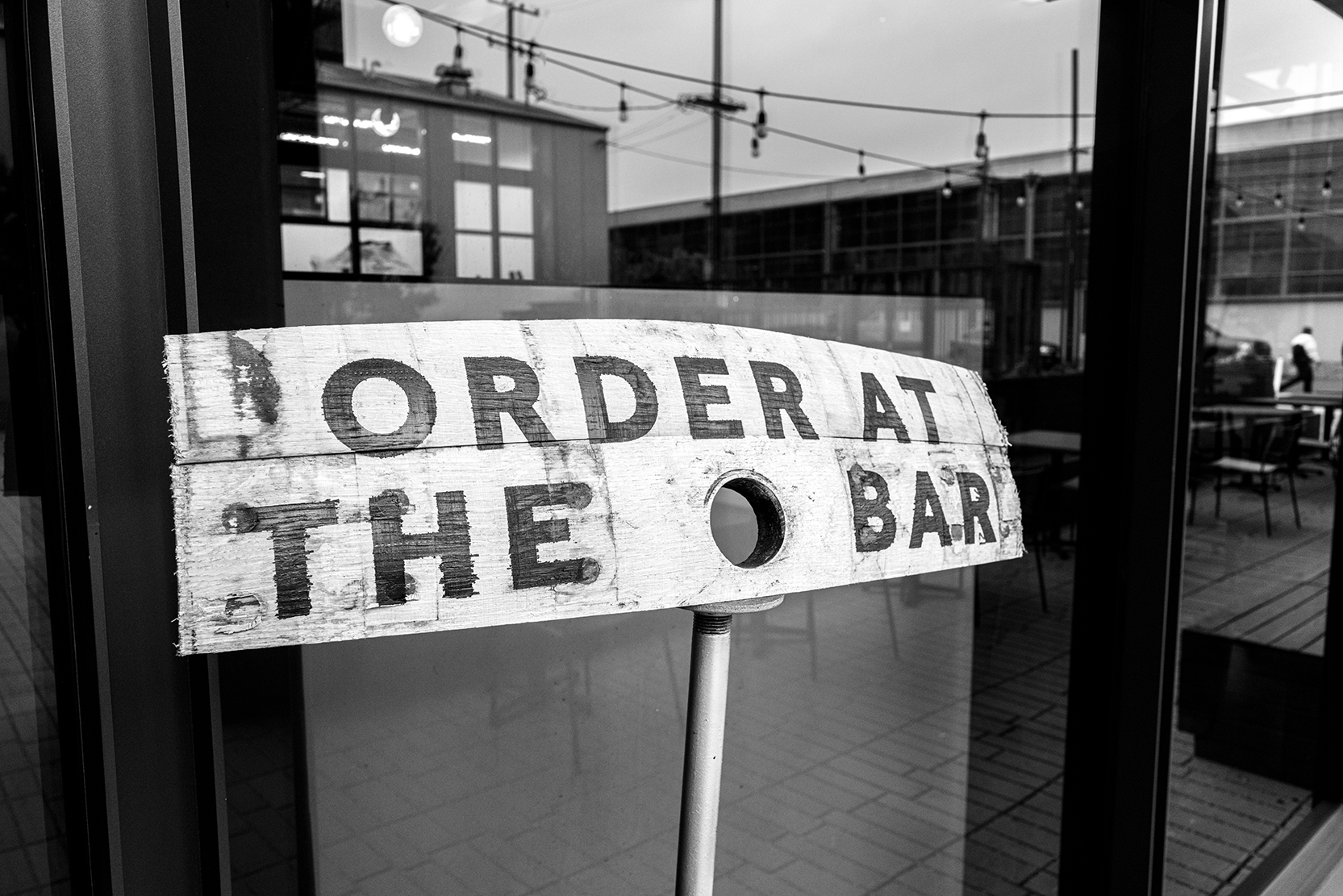 Among the chaos of Covid, hope shines through in the Golden State for Californian whiskey distillers

In early 2020, Californian distillers were in a construction boom resulting from a new type of license. Signed into state law in 2015, the type 74 license allows, among other things, direct consumer sales from tasting rooms and for distilleries to open full-service restaurants with cocktail bars.

A new Gold Rush ensued. Start-ups got funds. Established distillers dreamed bigger. Construction was delayed only by the amount of time to plan, receive permits and build. Projects, large and small commenced. It was going to be a breakout year!

Restaurants closed. Construction halted. Skeletons of half-built distillery/pubs sat unfinished. A nationwide survey published by the Distilled Spirits Council of the United States and American Distilling Institute estimated that distillery sales were down by 41 per cent and that 31 per cent of distillery employees had been furloughed. Other sources estimated that the nation could lose 40 per cent of its distilleries.

It was a recipe for disaster.

“The day we were supposed open our cocktail bar and kitchen was the same day that Shelter-in-Place went into effect,” said Arthur Hartunian.

Unprecedented times call for unprecedented action, and the California Artisanal Distillers Guild (CADG) lobbied the state for relief. The CADG presented the California Department of Alcoholic Beverage Control (ABC) with a list of things to help distillers survive, and ABC granted relief in the form of relaxed enforcement. Primary among the reliefs was something on CADG’s long-time wish list: direct-to-consumer (DTC) shipping. While not a silver bullet, DTC allows distilleries to transact with customers. Those that are allowed DTC are more likely to be weathering the pandemic well.

Hartunian, whose spirits were available only from the distillery, pivoted quickly to online sales and making hand sanitizer. The Hollywood Room was eventually able to open in June, and has been dealing with on-again, off-again restrictions as the health-threat level in Napa County surged and subsided. The distillery did well through the winter, thanks to increased bottle sales from DTC.

“I am thankful that we are one of the lucky ones,” said Hartunian. He credits fast action by CADG’s executive director Cris Steller for obtaining the regulatory relief.

Steller, the founder and owner of Dry Diggings Distillery in El Dorado Hills, is also building a 48-seat restaurant. “The restaurant was never something I wanted to do, but given the future… I’ve pretty much decided I have to,” Steller said. “The public wants it, and they enjoy the experience.”

There is no doubt that distillers in the state have suffered. Some have gone out of business. Still, many Californian distilleries seem to be weathering the storm. Those that adapted to internet sales fared better. Some even reported their best months ever.

Venus Spirits, in Santa Cruz, had a banner month in May. CEO and founder Sean Venus, who also serves as the president of CADG, had a plan in place for online orders a week after the ABC loosened restrictions. With a combination of DTC and curbside pickup, the distillery reported bottle sales in May were 60 per cent higher than the previous year.

But the crazy bingo card that 2020 became pulled out lots of surprises for Venus. The company was in the middle of building Venus Spirits Kitchen, a 70-seat distillery/restaurant/tasting room/bottle shop, next door to his existing distillery: a project which survived the full brunt of what the 2020 bingo card could dish out.

Construction was delayed, but not stopped, when construction workers were idled. Venus said, “The restaurant opened in the end of August, and the first night that we were open is when they had the rolling brownouts all around California.”

With the first guests arriving, Venus had to pivot away from hot food, serving salads and cocktails in the parking lot on opening night. Fortunately, the power was restored in time to preserve the fresh food in the walk-in refrigerator. A few days later, the Santa Cruz Mountains were ablaze, with massive flames in old-growth forests as close as five or 10 miles to the distillery. That shutdown lasted 10 days.

“By mid-September,” said Venus, “we were open for regular service, and it was just jam-packed. We had long waits, basically, every night. The biggest problem we had was having enough room to seat people.”

And if the bingo card wasn’t full, shortly after Thanksgiving, an employee tested positive for Covid-19, shutting down the restaurant temporarily. That was followed quickly by the arrival of the second wave of the pandemic in California. The restaurant had to close again. But fortunately, strong bottle sales from distribution and online sales carried Venus Spirits through.

As of early December, neither place had opened due to construction delays, shortages of building materials and equipment malfunctions, but the owners are not in a rush. The absence of students at California Polytechnic State University and lack of tourism along the central coast also meant a lack of would-be customers. Both places will eventually open when there are customers.

On the other side of the coin, Krobar’s Paso Robles Distillery had its best month ever in October. The combination of a new marketing campaign, good weather and pandemic fatigue brought crowds to the Barton Family Winery, the distillery’s location, and people could enjoy spirits outdoors and buy bottles.

Elsewhere in San Luis Obispo, Rod and Hammer’s SLO Stills had been open for a few months when Shelter-in-Place hit. The restaurant got hit pretty hard, and staff were initially laid off. However, bottle sales pulled the company up.

“Our business was hurt quite a bit, but we were able to keep our sales team. In fact, we’ve added to our sales team,” said head distiller Paul Quinn. “We went out and started gobbling up shelf space.”

Because SLO Stills was designed to take advantage of the California sun with ample outdoor seating, the restaurant was able to open for socially distanced dining during the summer months. Some of the staff, however, were slow to come back because of the additional $600 a week in unemployment benefits. Quinn said the company had a good year and overall business was up over 2019, primarily driven by internet sales.

“We’ve had an amazing outpouring of support through e-commerce. We’ve got a great e-commerce platform,” said Quinn. “We just kept running out of booze all summer.”

In San Francisco, Seven Stills Brewery and Distillery’s massive Mission Bay brewery/distillery/restaurant was stopped before spirits production could be transferred to the new location. Seven Stills distils whiskey
from craft beer, both its own and other brewers’. Its specialty is to serve a pint of
beer alongside a dram distilled from that same beer.

The restaurant was eventually able to open with outdoor dining in the courtyard of the office complex it shares with tech giant Adobe Systems. An active event calendar featuring live music and “F-Bomb Comedy” has kept customers coming to the beer garden. Special pricing on three-packs of whiskey has been very popular.

An early entry into the California distillery/pub market is Cutwater Spirits, in Miramar, north of San Diego. The distillery was founded by Jack White and Yuseff Cherney, after White sold Ballast Point Brewing Company to Constellation Brands in 2015.

Having founded a chain of brew-pubs for Ballast Point, it was natural for Cherney to open a distillery-pub, which has become a popular local spot, and not just for the drinks. The eclectic menu ranges from American comfort foods to Pacific Rim fusion, featuring hints of Mexican, Korean and wine-country.

Because Cutwater’s spirits and its line of ready-to-drink, canned cocktails enjoy a healthy distribution network, the company thrived as consumers stocked up for the apocalypse. With ample outdoor dining space and curbside pickup, the restaurant has been able to roll, even with varying restrictions.

Across San Diego in Barrio Logan, the combination of beer and spirits and Covid combined in unexpected ways at ReBru, a distillery founded by employee-owned Thorn Brewing Co. ReBru started to distil batches of Thorn’s beer that did not meet its standards. When bars and restaurants closed down in the spring, breweries had to dispose of thousands of kegs that could not be served.

ReBru was able to obtain unsellable beer to distil, and breweries were able to save the cost of disposing of it. ReBru upcycled thousands of gallons into vodka, gin and whiskey.

“When we first started speaking with other breweries and distributors, we were expecting to get a couple of trucks a month for our upcycling line of craft spirits,” said O’Connor. “Then Covid hit and that became four-to-six trucks a week. We were drinking from the fire hose, to say the least.”

And yes, ReBru was also in the process of opening a wood-fired pizza restaurant, The Hott Mess, with a speakeasy cocktail bar in the back room.

The pizzeria has yet to open, but in November the distillery put the kitchen to use by launching an outdoor, Texas-style barbecue called Sideyard by Hott Mess, which was open for a few weeks and will reopen in the spring. When health concerns subside and the pizzeria eventually opens indoors, the pizza crust recipe will feature spent grain from the brewery, fitting ReBru’s mission of wasting less.

In the meantime, online sales have expanded to eight states, thanks to DTC. O’Connor said, “The 2021 plan is to become a bulletproof business that can weather any storm! We will peel back the layers of this business over time. If each can stand strong on their own, then once the world opens back up… We’re laughin’.”

Despite the tough luck and the loaded bingo cards, California distilleries are proving to be resilient and innovative. Napa Valley Distillery’s Arthur Hartunian characterizes the sentiment of most CA distillers: “We have no doubt we will come out of this pandemic stronger and smarter as a business.”