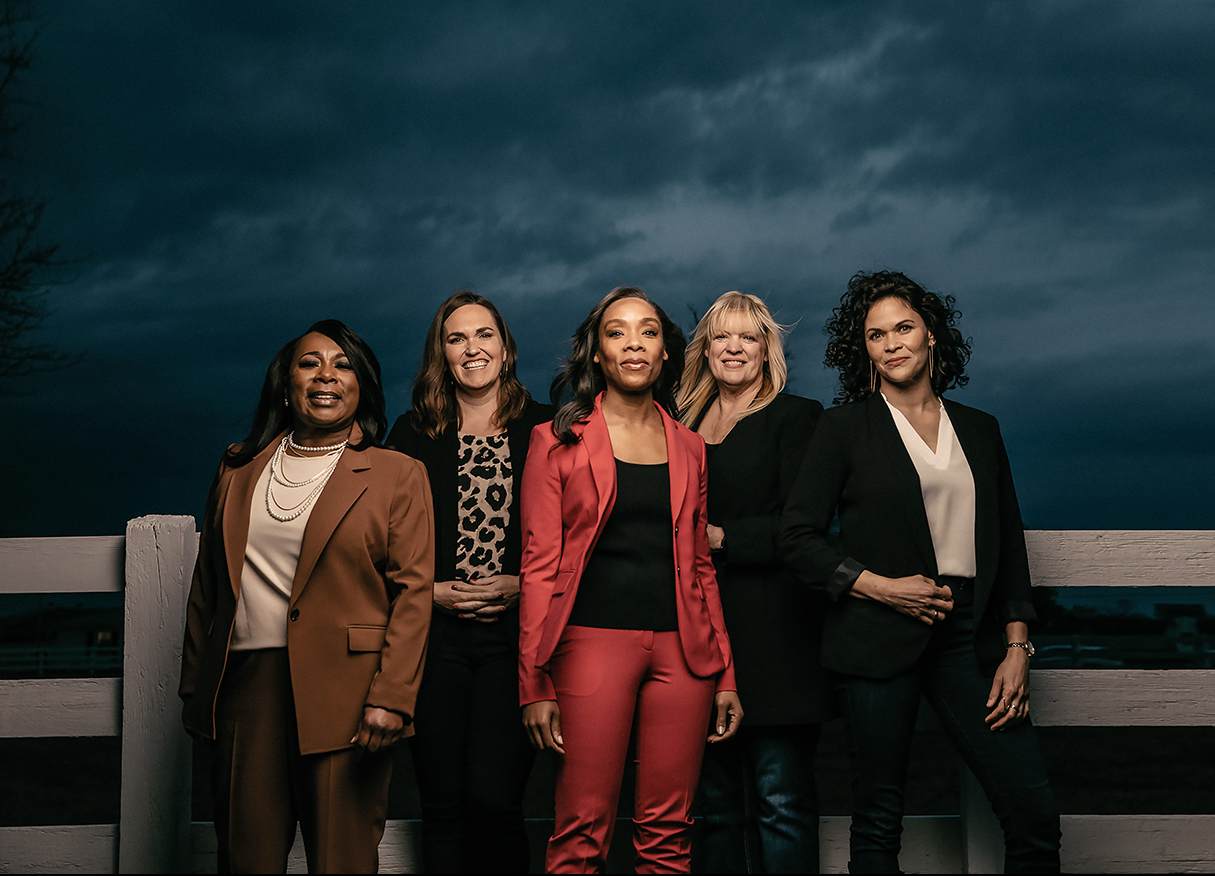 Recognizing a natural fit for the role of a lifetime

American whiskey brands are a very interesting combination of old and new, much like the liquid itself, each with its own gatekeeper or gatekeepers watching over the spirit being created. For the majority of their time in the industry, those gatekeepers stay relatively unknown to the majority of whiskey drinkers, allowing the liquid and their work to speak for itself.

However, there are moments that break the mold and these moments deserve to have a light shone upon them, because against the odds of pattern, tradition, and learned behavior, there is a change happening. This change is not to the liquid that is currently being made, but instead to the balancing of those creating it.

It is no great shock to readers that since its fruition, the whiskey world has been predominantly occupied by male leaders, producers, and drinkers. Many have grown up seeing this as a barrier to the spirit, myself included, and in turn the gradual progression of ‘women in whiskey’ or women drinking whiskey has been a slow one.

During the month of March, not only is it Women’s History Month, but also International Women’s Day and with these titles comes an onrushing of news stories, photographs of women enjoying whiskey on social media, and interviews that highlight the gradual change occurring. There is no doubt that this has an impact, however, it is important to remember that these stories and photographs and words are still just as true on the other 364 days left in the year.

As Jackie Zykan, Old Forester’s master taster comments on the recent release of Old Forester’s The 117 Series, “But we are far from done. We are still fighting an active uphill battle to get to a place where collectively we can all agree that it isn’t a big deal for a girl to get her name on a label.”

For right now, though, this really is a big deal. The series itself is a new limited expression line-up, launching with its inaugural release of High Angels’ Share and showcasing a selection of barrels that lost exceptional volume to evaporation during the aging process. Although you shouldn’t judge a book by its cover, or a bottle by its label, there is something rather spectacular about this one. The High Angel’s Share label bears Jackie’s name, which makes it the first bottle in the brand’s more than 150-year history to feature a woman’s signature.

“Creating The 117 Series has been a labor of love and seeing my signature on the label is one of the highlights of my career. My mind is exploding with the endless possibilities of this smaller scale of experimentation and innovation,” says Jackie. “This series presents an opportunity to pull the curtain back and share the isolates of the blending process to help deepen the understanding of how variants in maturation affect flavor profile. We’re playing in uncharted territory here and those who love Old Forester like we do will have the chance to explore with us.”

Although by her own admission there is still a long way to go, for a brand with such a history as Old Forester to highlight the work of its female master taster in such a monumental work is a very important step towards a more equal playing field. Not only that, but it opens up a window for whiskey lovers to the incredibly passionate and skilled woman behind the liquid, showing that this spirit can be enjoyed and made by anyone willing and able to pick up the gauntlet.

“It is after all merely ink on paper on adhesive on glass. It is only our individual perception that assigns meaning to it, in loving or hateful ways. I look forward to the day when it isn’t newsworthy only in March because it pertains to a woman,” adds Jackie. “The day where instead, it pertains to a human and as such is assigned meaning based on that particular human’s contribution to it. That future landscape where it’s so damn normal to see all humans in all roles because they’ve followed their passions and not their ‘shoulds’, and we’ve moved on to talking about bigger and better things, such as how good the whiskey actually is. Because I can most certainly testify – it is.

“It isn’t gloating and it isn’t pride. It isn’t ego driven one bit and if it seems that way I challenge you to dig deeper and see a wider scope. This isn’t about me. This is about every single person who is a part of this dream we refer to as life. It’s about every person feeling empowered to do whatever makes their soul happy, regardless of what automatically triggers self-doubt.”

As Jackie so perfectly highlights, this isn’t about one single ego, but instead about ensuring that each and every one of us feels empowered to enjoy the life we want, while showing just how possible that is for others too. For the leadership team at Uncle Nearest, this is exactly what they’ve been working away at.

This series presents the opportunity to pull the curtain back…

Until this year, when Tennessee whiskey fans heard the name Uncle Nearest they would think of the man whose story the brand revived and brought back to the spotlight. However, behind this great man there have been five women working to ensure that this spirit is consistently living up to Nearest Green’s legacy.

The leadership team began with CEO and founder Fawn Weaver, who quickly saw that Kate Jerkens, the vice president of sales and marketing at her company, Grant Sydney, would be the perfect fit to head up Uncle Nearest when it was founded in 2017. Before Kate was an official employee Sherrie Moore was on board as a consultant, quickly coming out of the retirement that had followed her more than 30-year career at the Jack Daniel Distillery to become the Uncle Nearest director of whiskey production.

“Then Victoria was a no-brainer,” explains Fawn on the subject of her master blender, Victoria Eady Butler. “I have always seen Uncle Nearest as a brand that at some point is back in the hands of Greens and that they are the ones that are propelling this forward…Victoria was retiring from a really successful career in the Department of Justice and we had a conversation and I asked her, ‘Would you consider coming out of retirement in order to carry on your family legacy?’. I didn’t know where she would fit, but I knew I wanted a Green to lead this company.”

As the brand expanded, so did the need for a new leadership role of director of marketing, which has been filled by Lucia Creed to complete this powerhouse team.

For the past three years news of the 100 per cent female leadership team was a best-kept secret, even from the team itself who thanks to working in different states hadn’t noted the absence of a Y chromosome at the top of the company.

Fawn explains, “We don’t sit in a room like this, we’re all in different areas and it wasn’t until the question was asked that I realized that we’re all women… We didn’t build this team based on gender, I built this team based on who was the best and who could really do what needed to be done in order to make sure that 200 years from now this company is still growing. It just so happens that we are all women. I actually did not realize it until maybe a year or two in to it and I was talking to someone in the press and I was mentioning all of the leadership team by name and what they did and the person said… wait a minute.”

Although things are changing across the board when it comes to women in high places, Fawn was still aware that above everything she wanted to ensure that the liquid the brand created and where it came from was the most important thing to fans. Fawn continues, “I wanted to make sure people respected the brand for the brand, for everything it is, for the juice in the bottle, the awards – all of that needed to precede gender. So that’s what we did.

“It has taken a while for the world to realize that a woman belonging in the kitchen could be a distillery kitchen with a cooker and a fermenter and a still. The world was not ready for a female team to lead a major spirit brand, but specifically whiskey; that has been dominated by white men for so long that it would have been too much.”

Although it has and will always be about the whiskey itself, it is also important to set the assumptions that people have about the whiskey world right. As Victoria explains, “I think one of the things that goes wrong is assumptions. Far too often people make assumptions that women don’t enjoy a good glass of whiskey and I think the assumption has been made as well that women don’t have what it takes to be in those leadership roles in the spirits industry. What is going right, is us. We are visible and we have made it very clear that a woman is versatile, she can wear many hats, she has the creativity, the toughness and all of those attributes that are needed in the spirits industry. So, visibility and us.”

Fawn continues, “As long as you are skilled and you have a passion… anybody can do it. Gender doesn’t matter, color doesn’t matter and we just happen to be proving that at one time in one space.” She turns to Kate who adds with a knowing smile, “This is a celebration, there’s no obligation, it wasn’t planned. Let’s celebrate female leadership.”