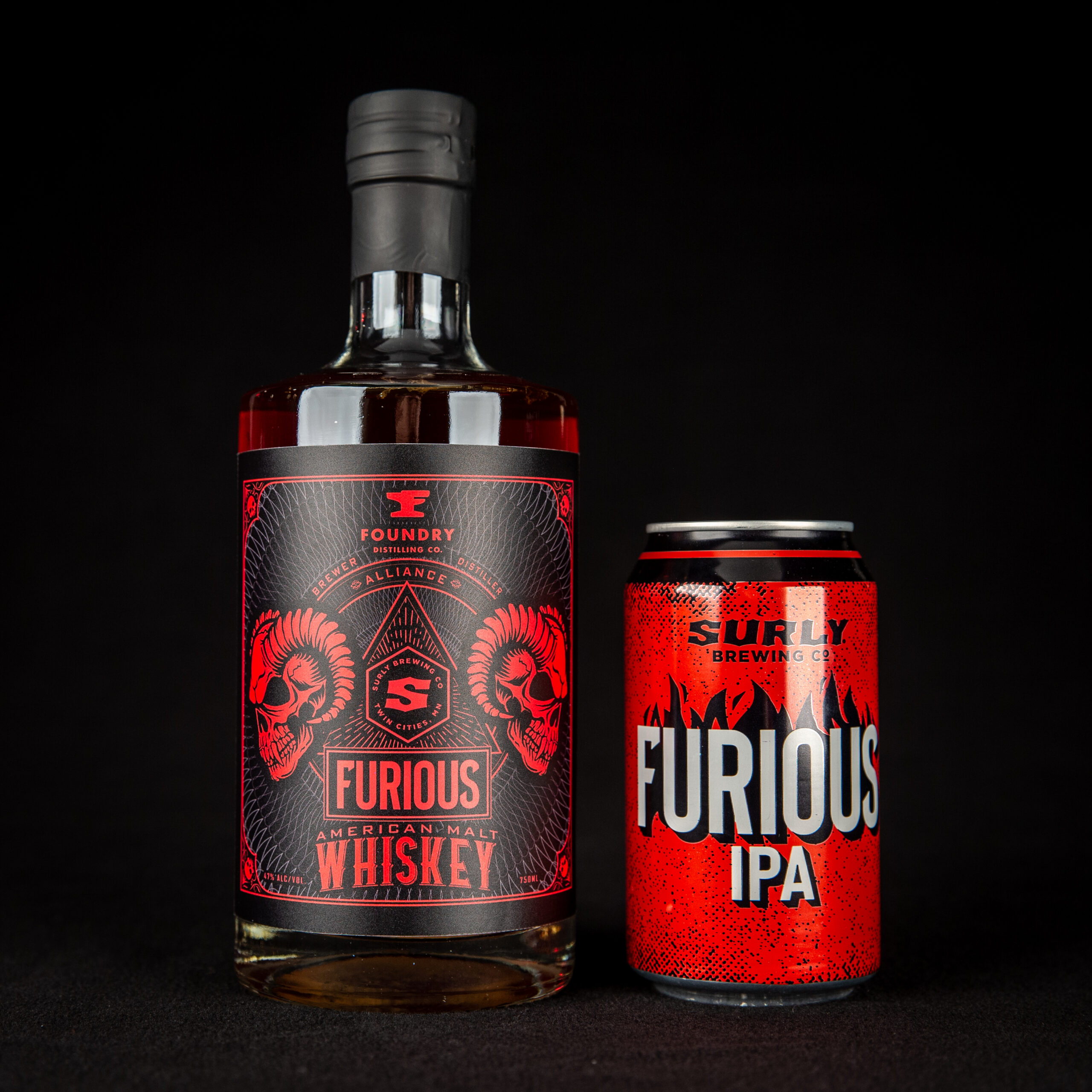 Surly Brewing Co. and Foundry Distilling Co. have partnered up to create Furious Whiskey, a spirit distilled from the wort of Surly’s Furious IPA beer. The collaborative whiskey is set to be released on July 10, 2021.

“This has been a fantastic collaboration with our Midwestern neighbor, Surly Brewing Company,” said Scott Bush, owner of Foundry Distilling Company. “We know whiskey enthusiasts will love this take on their iconic, hoppy, and aggressive Furious IPA.”

Surly’s Furious IPA is known for being ‘aggressively in-your-face’ hoppy and citrusy, and has been distilled into an American single malt whiskey with the aforementioned characteristics coming through.

Surly brought the beer’s wort to Foundry Distilling Co., where it was fermented, distilled, and aged for 24 months in new 30-gallon charred American Oak barrels to produce the whiskey. In total, Foundry has made 1,000 cases in a limited run that pushes the envelope of what makes a spirit unique.

Foundry Distilling Co. is hosting a launch party at their distillery in Historic Valley Junction, Iowa, on Saturday, July 10th, from 11 am to 2 pm to celebrate the Furious Whiskey release. This event is open to the public, and the first 100 attendees will get a complimentary branded rocks glass. At the event, people can sample Furious Whiskey and Furious IPA while meeting with Foundry Distilling Co.’s head distiller Greg Biagi and Surly Brewing Founder Omar Ansari.

Those looking to secure a bottle of this one-of-a-kind whiskey before the launch date can do so by pre-ordering online at BrewerDistillerAlliance.com. People that have pre-ordered will have two weeks from the release date to claim their bottle.

Foundry is also working with Surly on another special whiskey, based on the brewery’s Axe Man IPA, that is scheduled to be released during the 3rd quarter of 2022.