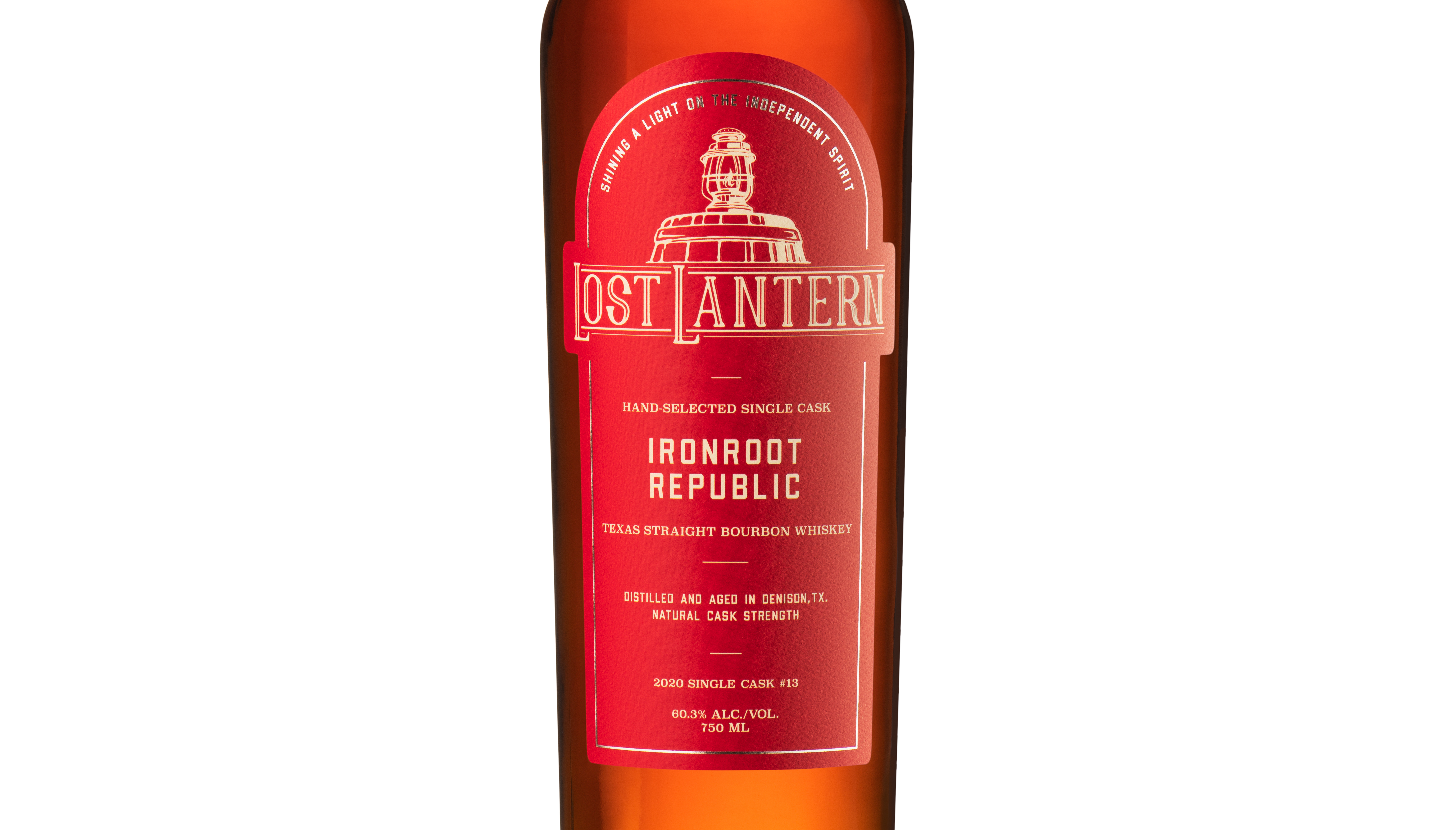 The release comprises 136 bottles of Cask #10 Ironroot Republic Texas Straight Bourbon Whiskey (SRP $115), available now on the Lost Lantern website. Purchases will be limited to a maximum of two bottles per customer.

Single casks are an essential piece of the Lost Lantern model, inspired by the long tradition of independent bottlers in Scotland. The company, co-founded by Nora Ganley-Roper and Adam Polonski, releases highly limited, one-of-a-kind single casks consisting of unique and deeply expressive whiskies produced by some of the finest distilleries in the United States.

Located on the north Texas plains in Denison, Ironroot Republic squarely set in tornado country. During tornado season, pressure fluctuations create a unique environment that increases the interaction between the whiskey and its cask making this three-year-old straight Bourbon whiskey complex with fully developed oak spice.

Nora and Adam initially visited Ironroot Republic back in October 2018 and promptly found themselves enamored with the distillery and the resulting whiskies produced by the Likarish brothers. “Jonathan and Robert are known to experiment with rare heirloom strains of corn to bring out unique new flavors. They are one of the very few distilleries that pair their oak type, char, and toast with the specific corn varietals they’re using,” explained Nora and Adam. “This matching technique results in combinations of flavors that are perfectly matched between oak and grain, and often cultivates unique floral flavors that we rarely get to experience in Bourbon.”

Lost Lantern Cask #10 Ironroot Republic Texas Straight Bourbon Whiskey epitomizes the Likarish Brothers’ bespoke philosophy of matching heirloom strains with oak, char and toast. Made from 85 per cent yellow dent corn, 5 per cent purple corn, 5 per cent flint corn, and 5 per cent rye, Cask #10 was aged in a 53-gallon new American oak barrel for three years. While this pairing may seem traditional, it brings forth truly unique flavors that highlight the difference a small amount of heirloom corn can make.

While Lost Lantern usually releases a collection of single casks, as they did in fall 2020 and spring 2021, Nora and Adam believe that releasing the occasional stand-alone special cask or bottling is a great way to drive excitement among people who are closely following what the independent bottler is doing throughout the year. “It’s an opportunity to shine a light on distilleries we love in a new way, while offering something special for dedicated Lost Lantern fans. We even have the opportunity to announce whiskies that are released almost simultaneously.”