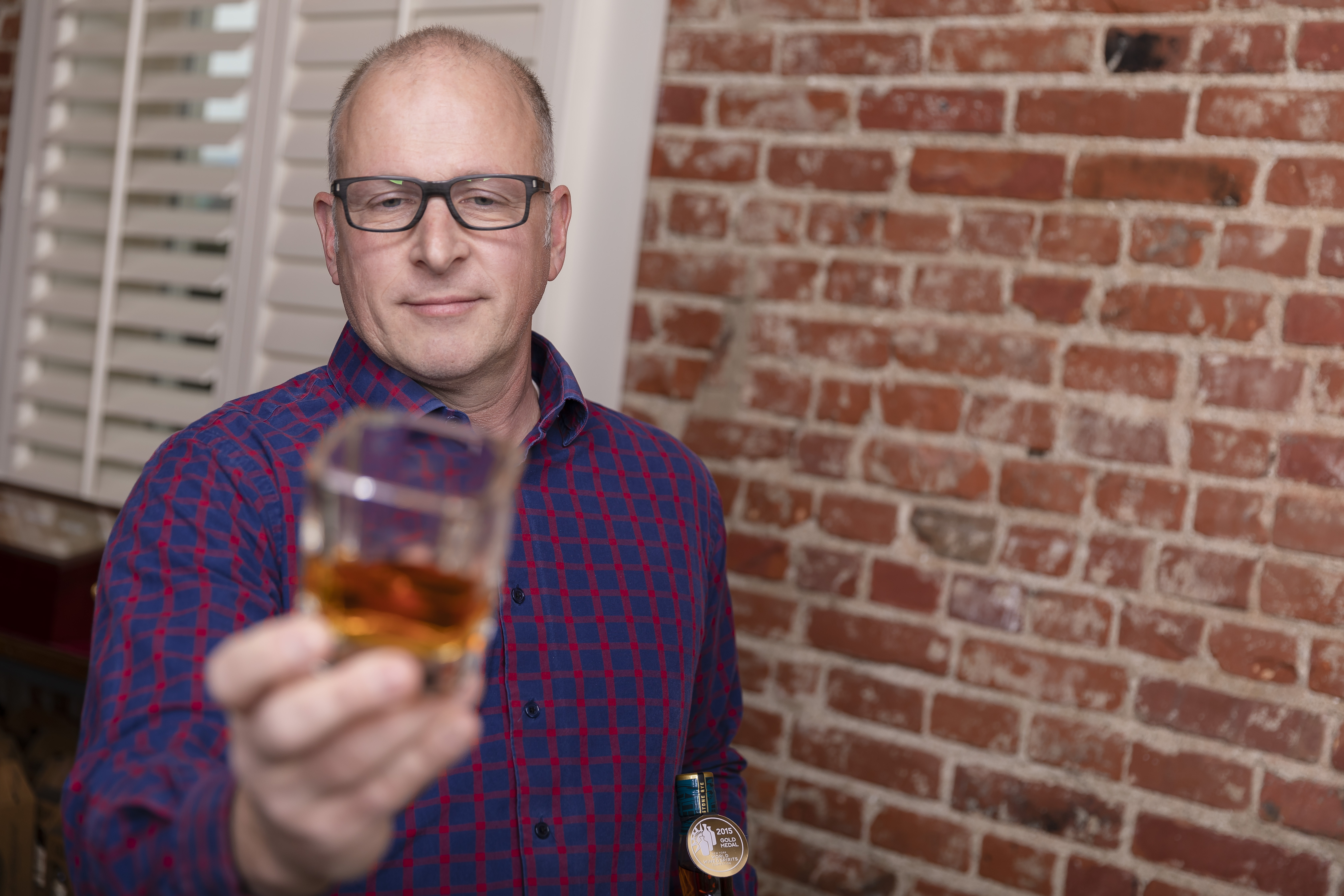 American Whiskey sends Scott Harris of Virginia-based Catoctin Creek off to its desert island, but what will he take?

Scott Harris was a successful computer engineer, working for the US Navy, when he gave it all up for a chance to start a distillery with his chemical engineer wife, Becky Harris. Together, the couple founded Catoctin Creek Distilling Company in 2009, and have been distilling Virginia rye whisky using traditional pot-stilled methods ever since. Their small distillery has grown to distribute today in 27 states in the US, and internationally in seven countries, including the United Kingdom and Mexico.

The first Scotch distillery we ever visited was Glen Moray Distillery in Elgin, Scotland.  It was a magical experience, and we were treated like royalty as we toured through the distillery, our guide very patiently answering all of my questions – at the time, I was still an enthusiast of whisky, not a maker of the stuff.  I love its smooth fruity quality, honeyed and rich. In my view, this is the perfect example of Speyside malt whisky.

Another wonderful visit for our family was to Bushmill’s in 2008. Just common tourists at this point, this was my ‘aha’ moment to becoming a distiller. As I stood in the distillery, and surveyed all the equipment around me, I raised my arms up in an all-encompassing gesture, and quietly whispered to myself, “I want THIS.” The Bushmill’s Black Bush is easy drinking, as Irish whiskey should be; I love to drink it neat on a Friday evening, while reviewing memories of the trip.

This one is harder to find these days. It was a special release from the Single Cask Nation. It is so very drinkable. The richness and sweetness of the Sauternes cask beautifully melts into the warm, fruity, cake quality of the perfectly malted and distilled whisky. It is heavenly. When I bought my first bottle, I fell in love, and immediately bought the rest of the stock available at Single Cask Nation – not to sell it or hoard it – but to drink it! It’s my special dram for when we’ve had a good week at work.

I do love some smoke from time to time, and Ardbeg 10 Years Old delivers. I prefer this flagship whisky of theirs to the fancier and older expressions they put out, because I find the phenols (the smoke element in the whisky) is less subdued in the younger expression. The first taste is a wallop of smoke in your face, like you just licked a campfire log, and then behind it opens up the most glorious honeyed, sweet, delicious dram ever. It’s a real treasure and especially good between friends on a camp-out. Another bonus, my brother doesn’t like the smoke, so he won’t drink all my Scotch!

I can’t be on an island and not have a bottle of our immaculate cask proof Roundstone Rye. Made from 100 per cent rye, we then finish this whisky in casks that were once used to age maple syrup. The result is not a cloying or sweetened whisky; instead, it yields a whisky which has its mid-palate notes turned up a few notches. I like to think of the rye whisky as like music through an equalizer. Don’t be afraid to put it in a killer Manhattan.

I suppose it would be too much to ask for a yacht. Obviously, with a yacht, I could leave the island, but maybe I wouldn’t want to. It sounds quiet. Honestly, after spending the last year-plus quarantining at home and working like a dog, being stranded on an island sounds perfect. So, yes, a yacht would be excellent. I would live in it, and have parties, and drink my whisky collection. I promise not to leave. But I may send it out for more whisky.