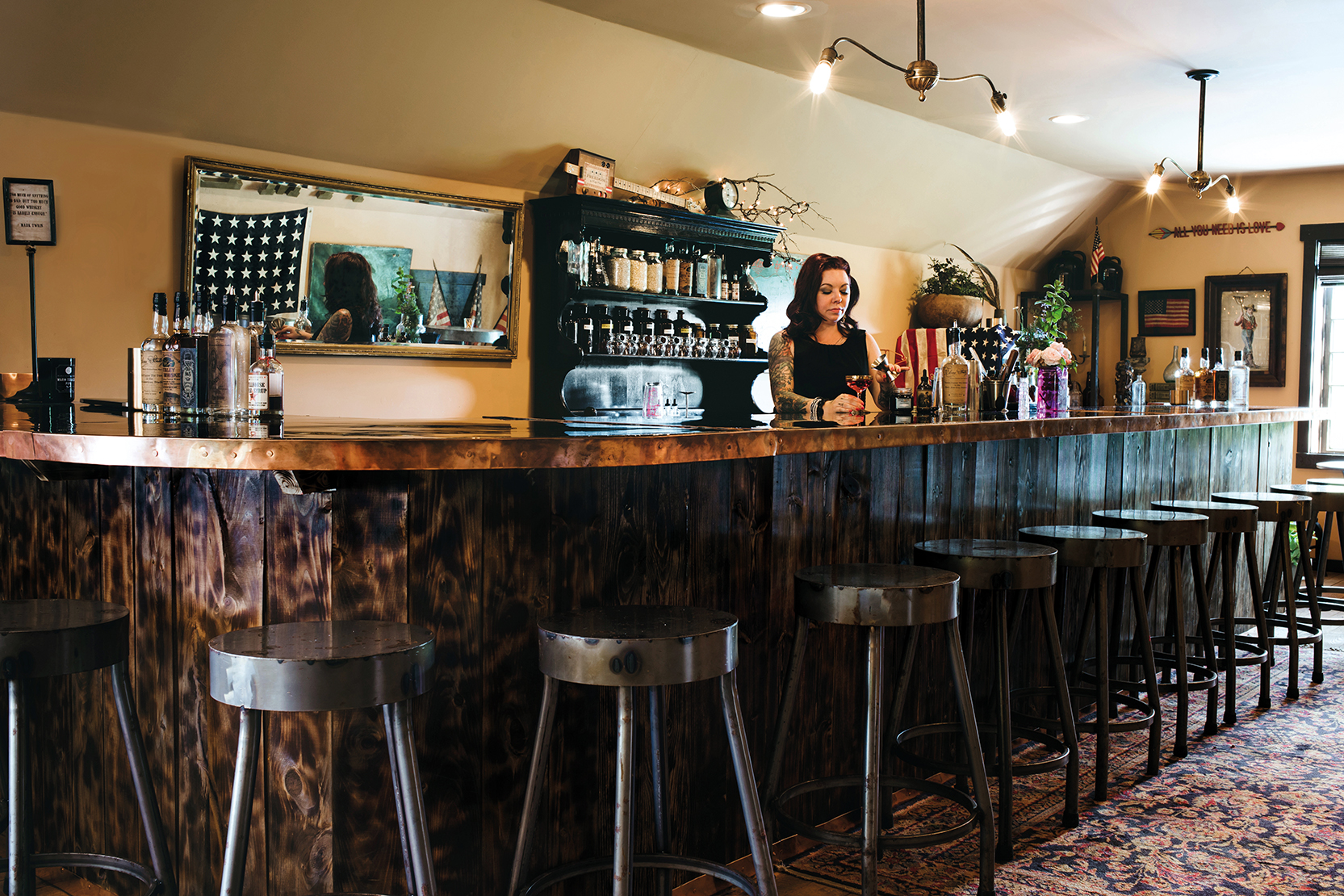 Tucked away in the hills of southwest Ohio, just one turn-off from the rural highway, sits one of the last intact agricultural farm complexes in the United States, with a history steeped in American whiskey and a fascinating family legacy.

The farm is the birthplace of a family whose story begins in 1818, a farm where once the grain had come by the wagonful, where whiskey freely flowed, the creek’s pure water rushed by, and the smokestacks puffed aplenty. It sat silently waiting until, in 2010, Missy and Joe Duer decided to revive the former’s family distillery and become the next generation of pioneer distillers.

But before we can go forward, we must travel back. In the early 1800s, three brothers with the last name of Staley ventured west from Pennsylvania to a new future and hopeful fortunes in the Northwest Territory. Landing in Dayton, Ohio, the brothers were millwrights by trade. One of these brothers, Elias, was also a distiller and owned several distilleries before arriving in Miami County, Ohio. It was there that he was tasked with creating a gristmill and mill races for a man who owned a property along Indian Creek; later, Elias Staley purchased that very 160-acre tract.

The distillery produced double copper distilled rye whiskey and operated day and night until the middle of the Civil War, when Elias ceased operation of the stills in protest of the tax being placed on whiskey. Prior to that, 30 to 35 gallons a day were distilled and at times there were 100 barrels aging in the bond house. This was impressive at the time, particularly for a farm distillery. Staley Rye Whiskey became famous for its quality, and customers travelled from miles around to bring their excess grain for distilling, as well as get their jugs filled with his whiskey.

After his father’s death in 1866, Elias’s son Andrew Staley fired up the stills once again and in the 1880s he increased production. Two new buildings were added to the distillery: a mash house, and a warehouse for the whiskey. Andrew also increased the size of the gristmill, expanding upward and outward in size to accommodate the whiskey production at the time. The original distillery was brick and is sadly no longer standing; however, brick remnants remain untouched by several generations. The warehouse and mash house are still intact.

Staley Farm is a living monument to the past, where history is alive and well

However, as many of these family stories go, whiskey production sadly ended with Prohibition in 1920.

This was not the end; by the turn of the century, this farmstead was already ‘an old landmark of the county’, with its own listing in the National Register of Historic Places. An old landmark it may be, but it was about to get a salute and a facelift, as once again the newest generation took the helm of this old family business.

It was in 2010 that Missy Deuer, a sixth-generation Staley, took on the responsibility of the family farm as so many before her had done. She knew the rich history of her family as distillers, but since Prohibition none of them had the opportunity to even consider distilling again as it was illegal in Ohio until the early 2000s. Missy had always dreamt of what could be done on the farm when it was her turn; perhaps a B&B, a restaurant, who knew what the future could hold.

Each generation had a deep reverence and respect for Elias Staley and what he’d accomplished – this can be noted in the fact that his original office remained almost untouched. Amazingly, there were drawers and drawers still containing his invoices, journals, bills, and original distillery maps. Not only did Missy have access to Elias’s original recipes, but also his method of operation and distillery floor plans. Incredibly, every Staley also kept a daily journal while operating the farm. There were even original letters from Civil War soldiers requesting that Staley Rye be shipped to them during the war!

After getting a handle on the paperwork, Missy and Joe began to map out just how they would go about building a new stillhouse, as well as making sure it was true to the architectural style of the farmstead.

As previously mentioned there had been resistance to change early on in the family, which continued through the generations when you note that very little had been discarded over the years.

The team use a historic distilling process and only add very slight modern elements to their production. The original copper pot stills (the ‘girls’ as they are referred to now), that were long ago crafted for the original distillery, are once again flowing with whiskey. These turned out to be the oldest working double copper pot stills in America.

Known for its rye originally, that’s what Missy and Joe focused on first. Keeping with the standard Elias set, they consulted with a local farmer to grow a rye grain very similar to what Elias distilled in the 1800s.

Once opened in 2012, Missy and Joe began hosting small tours of the distillery and the farm. These became so popular they soon realized they were having difficulty keeping up with the demand, especially after adding aged whiskey to their portfolio. Since the stills were only about 100 gallons in size, they began aging their whiskey in 10-gallon barrels for the first several years which helped get an aged product quicker to hit the shelves. Soon they added an aged rye to their portfolio, then a Bourbon, a white corn whiskey, and now they have seven products in total. They also shifted to 30-gallon barrels for aging and are in the process of building a new barrel house and bottling room.

Naturally, there have been trials, tribulations, and rewards since opening. When I asked Missy what she thought was the most difficult challenge since they began this journey, she said quickly, “Not knowing what we were doing. We were like children at the beginning with only a rudimentary knowledge of an industry we didn’t have any experience in.”

Missy remembers this time and gets choked up while telling me, “I wrote in my journal to Elias saying, ‘What am I doing? I don’t know how to do this.’” It was deeply emotional for her as she feared what would happen if the distillery did not succeed. “That is a lot of weight for one person to carry – it’s your family’s legacy at stake,” she said.

Missy states that now they feel like they have come of age as distillers, as well as docents of this legacy. I heard something different in Missy’s voice when I interviewed her; she was radiating confidence as she explained how they feel comfortable in their own growth. “I’ve got the whiskey in my blood, I had to just warm it up to use it.”

And it seems the next generation is already on board with continuing this family legacy. Missy and Joe’s daughter, Carmony, who is in charge of bottling, will most likely be the next Staley descendant to continue whiskey operations, perhaps with her own daughters alongside her. Only time will tell. What we do know is that since the distillery and whiskey alike are both beloved by all who visit, I think it’s safe to say that if this beautiful history of distilling can survive such a long Prohibition, the spirit on the farm will guide this legacy long past our lifetimes.

There is undoubtedly magic on this farm, and as Missy says so perfectly, “Six generations later the Staley Farm is a living monument to the past, where history is alive and well.”