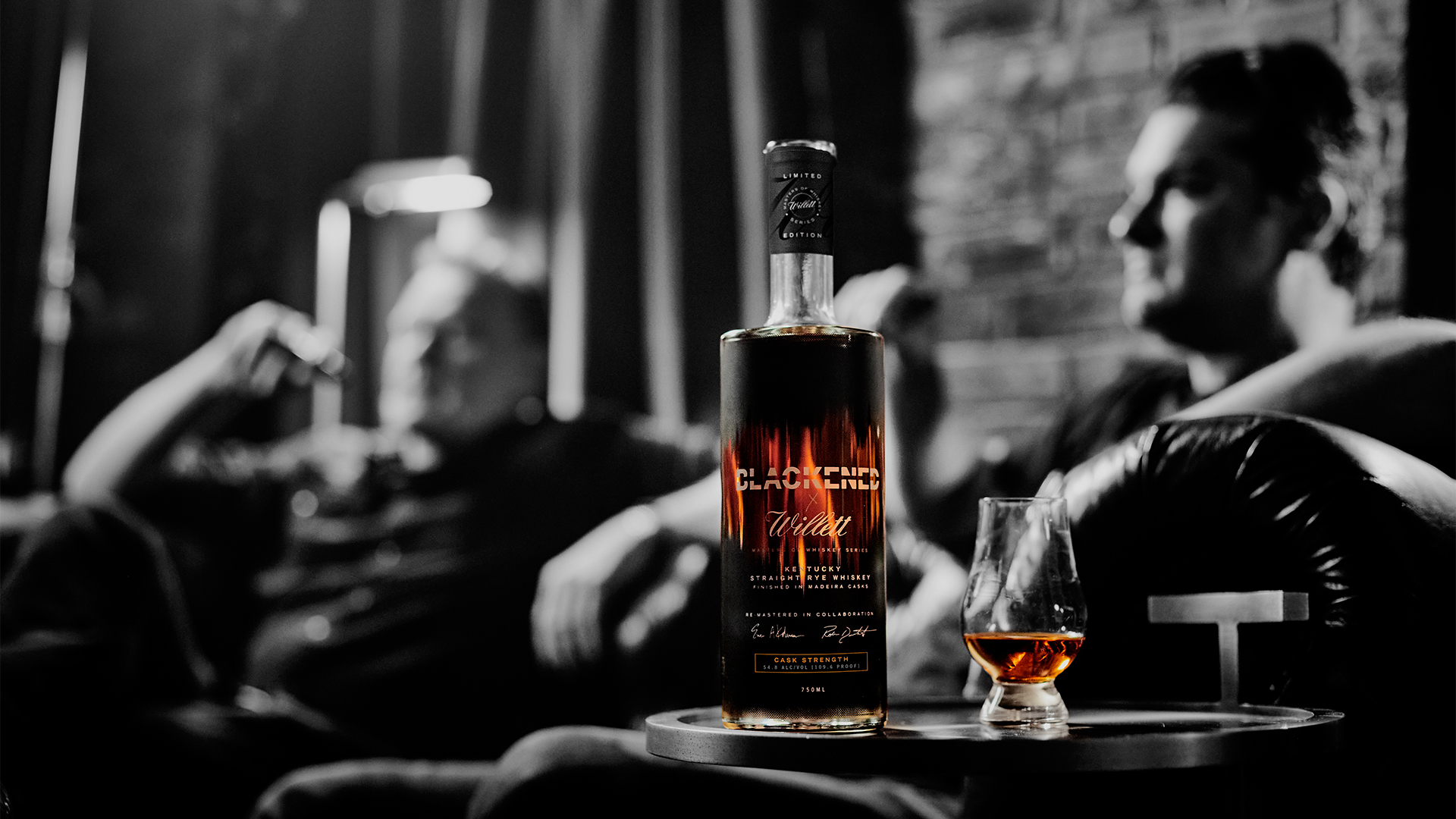 Blackened American Whiskey has announced the launch of its new Masters of Whiskey Series, beginning with the release of its Blackened x Willett Kentucky Straight Rye Whiskey Finished in Madeira Casks.

The BLACKENED x Willett Kentucky Straight Rye Whiskey Finished in Madeira Casks starts with a base of low rye and high rye whiskey recipes that were hand-picked by Rob and Drew, from the Willett Family Estate Reserve Selection. The two tasted and experimented with a number of whiskeys before landing on the recipes that would create the perfect flavor profile. Aged for an average of 6.5 years in white American oak casks, the complexity of the whiskey balances perfectly. After the rye whiskeys are married together, they are finished in Madeira casks for up to 14 weeks. Madeira is a fortified wine made on the Portuguese Madeira islands and receives its unique taste from repeatedly heating the wine.

The 11-track playlist for the BLACK NOISETM process was chosen by both Rob and Drew and sequenced by Metallica Co-founder and Drummer, Lars Ulrich.

“We couldn’t think of a more impactful first release for the series than a collaboration with Willett Distillery,” said Rob. “I wanted the first expression in the series to be a rye, and as a huge fan of Willett and everything they produce, I felt it was the obvious first choice. I couldn’t be more honored to work with Drew and the great team at Willett Distillery. Our connections to Dave brought everything full circle, and when I was working with Drew and the Kulsveens, it was almost like being welcomed back. I’m extremely excited by what we’ve accomplished, and I hope our fans and the whiskey enthusiasts of the world will enjoy this whiskey as much as Drew and I have!”

“We are thrilled to congratulate Rob and the Blackened team on this inaugural release of what will certainly be a unique series of whiskeys,” said Drew Kulsveen. “Frankly, I have had a good time collaborating with Rob on this project. We realized early on that we both shared a vision for the flavor we hoped to achieve in the blend and we are eager to share what we have come up with.”

Blackened x Willett Kentucky Straight Rye Whiskey Finished in Madeira Casks is available in limited quantities for a suggested retail price of $139.99. It is the first in the brand’s new “Masters of Whiskey Series,” which will feature new collaborations and unique expressions for years to come.