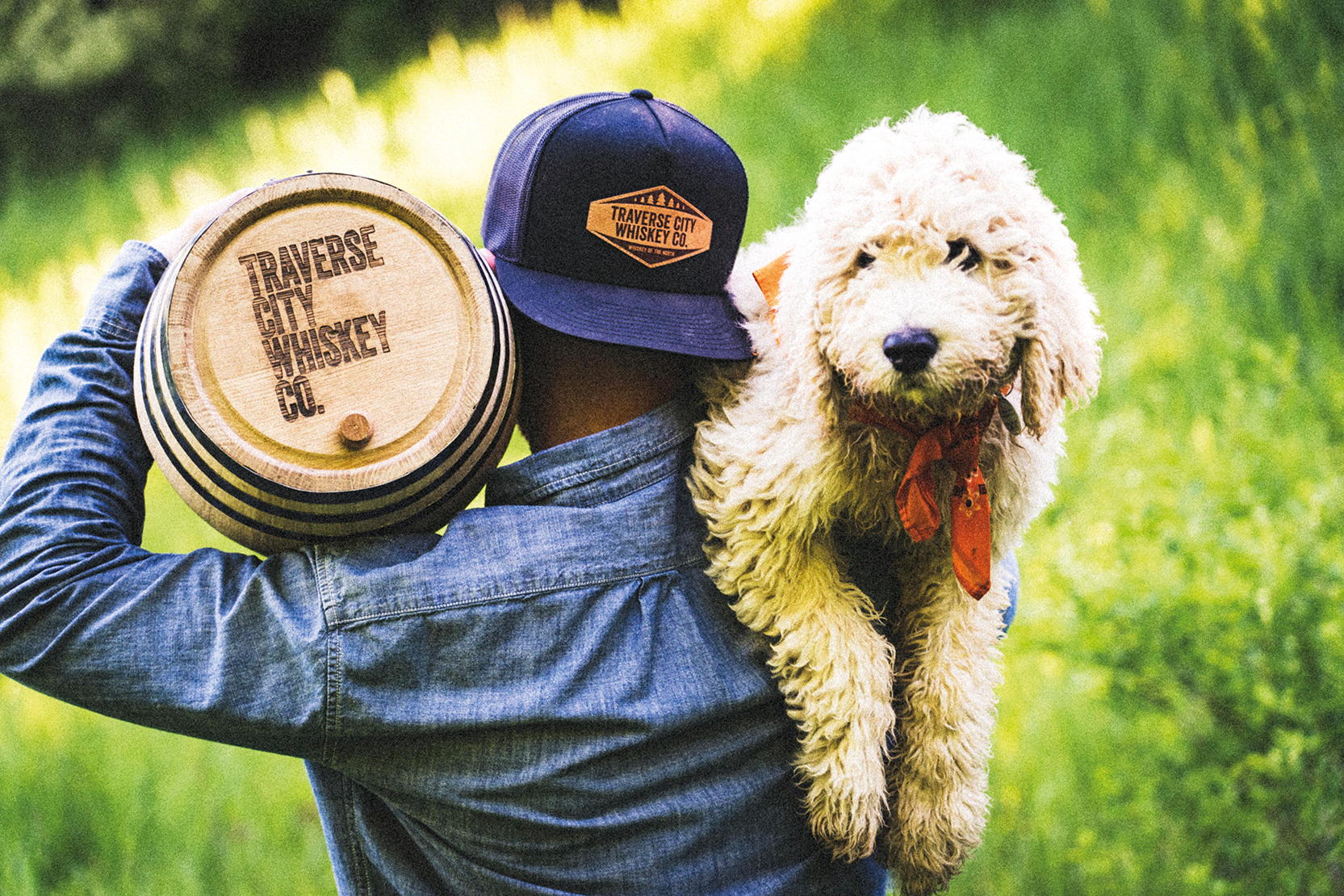 If you were thinking distilleries couldn’t get any better, think again: it’s time to meet the distillery dogs

If you’ve ever visited a distillery, chances are you’ve seen a cat or two. You may have even heard about cats being an important part of the distillery because of rodent control. But dogs have also long been distillery companions, as far back as the days when Pappy Van Winkle would bring his hunting dogs into the office and use them to retrieve the quail he’d shot from the front porch of his Stitzel-Weller Distillery office, and likely even before that. Dogs are ‘man’s best friend’, and if you had a job where you could bring Fido along, wouldn’t you? For a great many distilleries across the United States, the answer is a resounding yes.

Favorite treat or toy: Louie loves to chase balls, Case chases Louie, and Char sits back and enjoys the show.

Dogs’ typical daily job routine: They come in and greet all of the employees, soliciting rubs, then it is off to check for squirrels. As guests arrive they meet them at the front door and escort them in. They absolutely love tasting, that is when the crackers come out and they know they can find a softy in the group. If there is a barrel pick going on they will usually sit in on that.

Favorite treat or toy: Simply the chance to chase squirrels all day.

Dog’s job at the distillery: Lucy Pickles is the face and personality behind Swilled Dog Ciders & Spirits, she has her paw in all aspects of the operation.

Dog’s typical daily job routine: Lucy Pickles is the internationally recognized mascot for Swilled Dog Ciders & Spirits (she made them say “internationally recognized” per her contract). Lucy loves spending time with her other Swilled Dog mascots, playing a good game of fetch, and chasing squirrels. However, these days the team believe the fame is starting to get to her as she has been asking for more treats lately and is starting to inquire about agents. It sure is hard to argue with her cuteness so they oblige with a few extra treats each night.

Because of Lucy’s story and her input, Swilled Dog is committed to giving back and annually donates a percentage of sales to animal-related charities. Additionally, she has her own tap, Lucy’s Tap, at the tasting room, where $1 from every pour is donated to a new nonprofit organization each month.

Additional info: Lucy Pickles has had quite the journey from puppy mill to international fame. Lucy started her life in a Tennessee puppy mill where hundreds of dogs were living in tiny cages with no room to move around or go to the bathroom. This particular mill also docked the tails of the border collies to sell them as Australian shepherds and make an extra $100/dog. The owners are now in jail, and Lucy’s story luckily continues.

Since there were so many dogs from the puppy mill, local TN animal shelters couldn’t handle the number of dogs, so animal shelters from multiple states stepped in to take dogs for adoption. Lucy took the journey to a New Orleans animal shelter where she learned everything about Mardi Gras and gumbo. She also got adopted! This time, her owners neglected her causing her to be extremely malnourished. Luckily animal services were called by local neighbors and she was removed from the home.

From New Orleans, Lucy was adopted again but this time by a family who was moving to Florida where Lucy assumed she was going to go live the good life and bask in the Florida sunshine. When Lucy arrived to Florida, the family settled on a farm where they raised chickens. As a five-month-old puppy, Lucy loved the freedom of chasing chickens all day and being a complete dirtball. However, this didn’t sit well with her new owners and she was soon dropped off at the local animal shelter.

Upon entering the system yet again, Lucy was in trouble. She was only a few days away from being euthanized when a herding dog rescue group was called. This is where Lucy finally began getting the attention she deserved. Over the next two months, Lucy spent time in two foster homes where she was brought back to good health and socialized with other dogs.

Upon meeting Lucy for the first time, Brooke and Brad Glover fell in love. Hearing her story wasn’t even necessary. They decided that her eighth home in seven months (YES – eight homes in seven months) would be her forever home!

Lucy’s journey is really about luck. She could have died in the puppy mill, or been killed from neglect and malnutrition. For her to be here today is a miracle!

Dog’s job at the distillery: Doug keeps everyone organized, energized, and happy to be alive.

Dog’s typical daily job routine: Doug typically spends each morning bouncing around the distillery, making sure everyone is ready to have a great day. An afternoon snack of local flora is the perfect way to prepare for his daily nap before it’s time to head home.

Dog’s job at the distillery: Greeting everyone warmly with butt wiggles and a smile. Islay keeps morale high and provides constructive pet positive work breaks for the whole team.

Dog’s typical daily job routine: Oh man, a day in the life of Islay at Traverse City Whiskey Co… Lots of fetch in the field next to our production facility, quality control ensuring everyone is doing their job, consistently checking in on the distillery cats, making sure everyone takes a few breaks for belly rubs, more fetch, but making sure to squeeze in a few naps.

Additional info: Islay doesn’t beg for food, but she definitely begs for whiskey. You think we’re joking…. we aren’t.