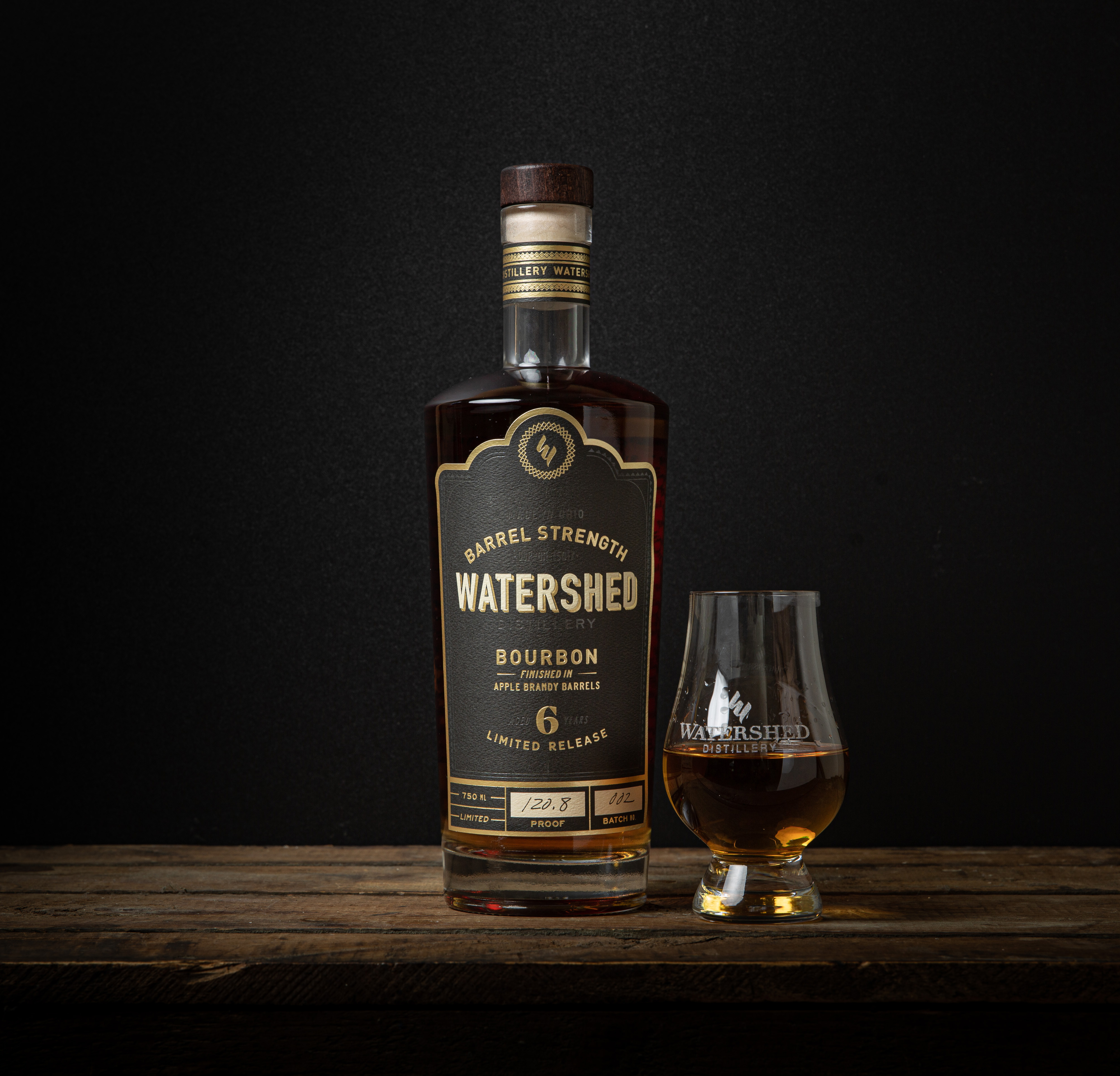 The distillery has announced the availability of its 2021 annual release, the Barrel Strength Bourbon Finished in Apple Brandy Casks

With its most mature spirit to date, Watershed Distillery has announced the release of its limited barrel strength Bourbon, available from September 18 at the distillery. The whiskey will be available with limited allocation in Ohio retail agencies and select markets across the US.

The 2021 Watershed Barrel Strength Bourbon Batch 002 follows the release of Batch 001 in September 2020, for the distillery’s 10-year anniversary, which sold out in under three hours.

“When selecting the barrels for this batch of our Barrel Strength Bourbon, our barrel master Anne Dimmick and I set out to highlight the true depth and complexity of the bourbon we make at Watershed Distillery,” shares head distiller Aaron Harris. “We are always looking for that ‘magic’ in a barrel – a rich and bold Bourbon with balanced sweetness that truly stands apart from the rest, and we think Batch 002 captures that perfectly.”