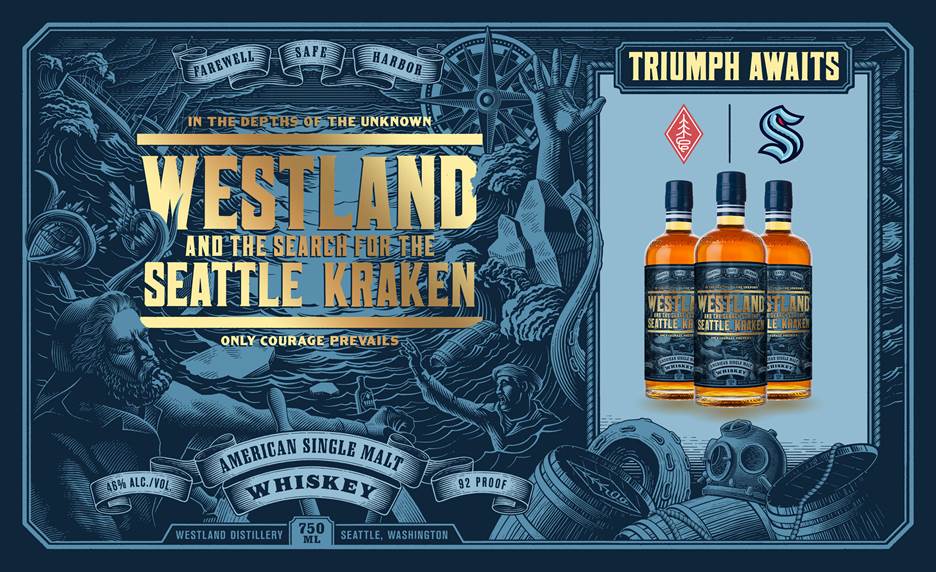 “This town is already hockey crazy, and we’re no exception here at Westland,” says Westland co-founder Matt Hofmann. “The Seattle Kraken, Climate Pledge Arena, and Oak View Group have assembled a remarkable group of people that are making all the right moves to set up the team and our city for success. We’re thrilled to be a part of the triumphs to come.”

The cornerstone of the partnership is a Westland Whiskey Bar located in the Mt. Baker Club of Climate Pledge Arena, featuring Westland American Single Malt Whiskeys and cocktails. In addition to this, the partnership will feature experiences within the arena and beyond, and a limited annual Seattle Kraken bottling of Westland’s flagship single malt available to fans at the distillery’s Tasting Room and local retailers. The first bottling will be released in the fall and be available exclusively in Washington State.

“We recognized right away that Westland and the Kraken are both cut from the same cloth,” says Hofmann. “Both are forging new ground with an approach that celebrates the Pacific Northwest and the people that call it home. With the Westland Whiskey Bar, we’re very excited to be a part of the world’s first net Zero Carbon certified arena in the world. It’s something this city should be proud of and we’re happy that fans can celebrate all events bringing them to the arena with a whiskey made right here in Seattle.”

Opening October 2021, Climate Pledge Arena will be home to the Seattle Kraken, the Seattle Storm, and host over 100 nights of live entertainment and music every year. The Seattle Kraken begin their inaugural season as the NHL’s 32nd franchise on October 12 at Vegas.