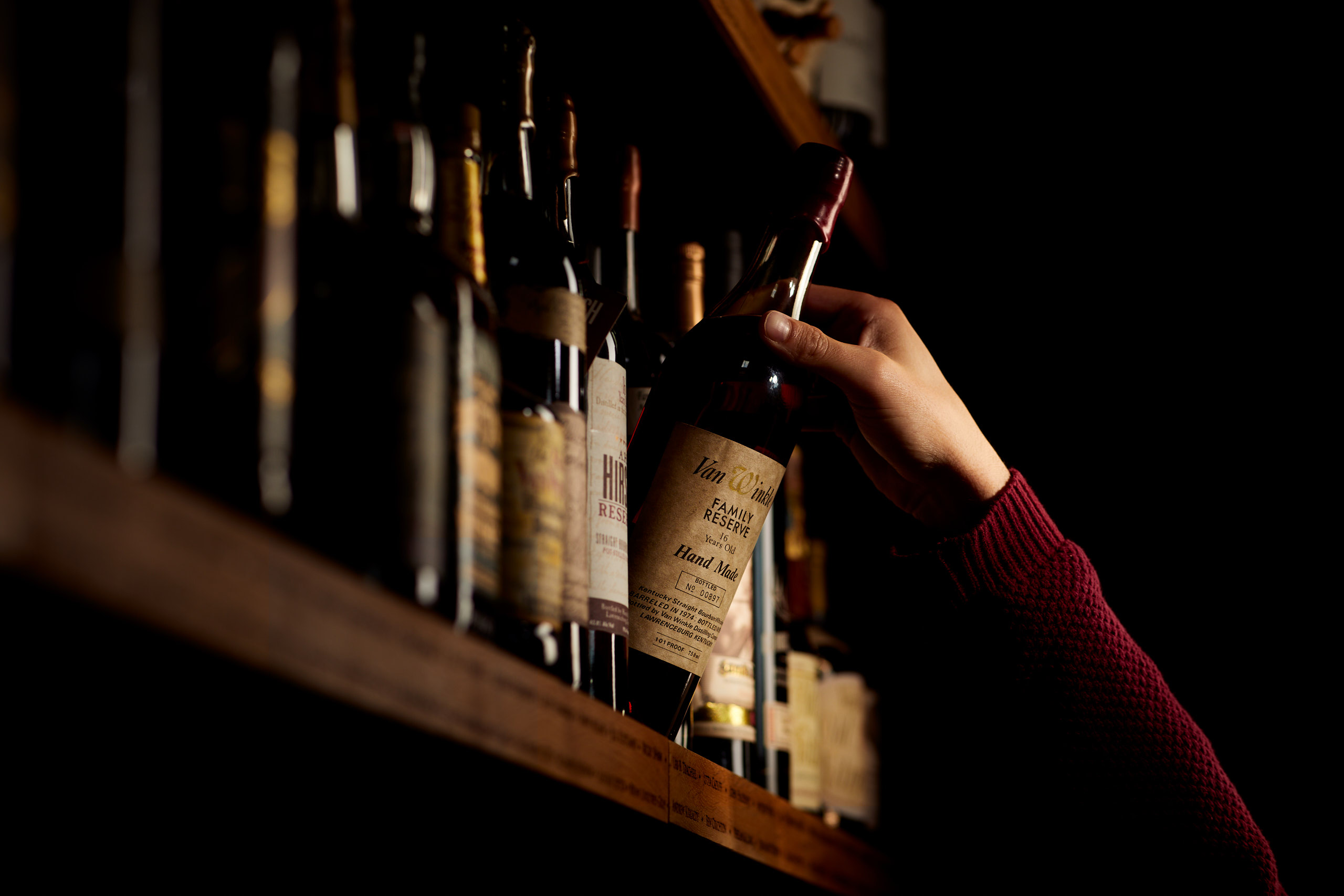 Unpicking the mysteries of sourced Bourbon brands is one of the greatest joys and frustrations for a whiskey collector, and while more often than not their hopes are pinned on Stitzel-Weller, there are few who express displeasure at discovering Heaven Hill behind the veil.

This is an incredibly rare bottling from Heaven Hill Distillery in Bardstown.

One of 4,284 bottles, this whiskey was barrelled in December 1974 and finally bottled in February 1999. It was produced for the Japanese market, who preferred the flavour of older Bourbon at the time, while the US mostly consumed younger whiskey.

Vintage Bourbon is a boutique brand owned by Allied Lomar in California, who’s other products include Rare Perfection, Wattie Boone and Very Olde St Nick. They have been sourcing whiskey and bottling it for several decades.

Allied Lomar president, Marci Palatella, was Julian Van Winkle III’s agent in the Japanese market for many years, and their early bottlings were contracted to him at his Old Commonwealth Distillery. The Van Winkle partnership with the Sazerac company in the early 2000’s ended this agreement however, with the production of bottles such as this moved to Willett Distillery, where they were bottled by its owners, Evan Kulsveen’s Kentucky Bourbon Distillers.

This incredibly rare example of Vintage Bourbon was bottled by KBD using 1974 vintage barrels distilled at Willett prior to its closure in the 1980s. The company also bottled rare releases of their own Kentucky Vintage brand from similar stocks.

Whisky Auctioneer endeavours to make the market more accessible for buyers and sellers of any background and geography. Its monthly global auctions feature the most comprehensive selection of old, rare and collectible whiskies and spirits available online.

Whisky Auctioneer became the first online auction house to sell a million-pound bottle and outperformed the nearest traditional auction house by 200 per cent in value from spirits sales in 2020, showcasing the move that whisky collectors, investors and drinkers have already made online and firmly establishing their leading position within the modern secondary whisky market.