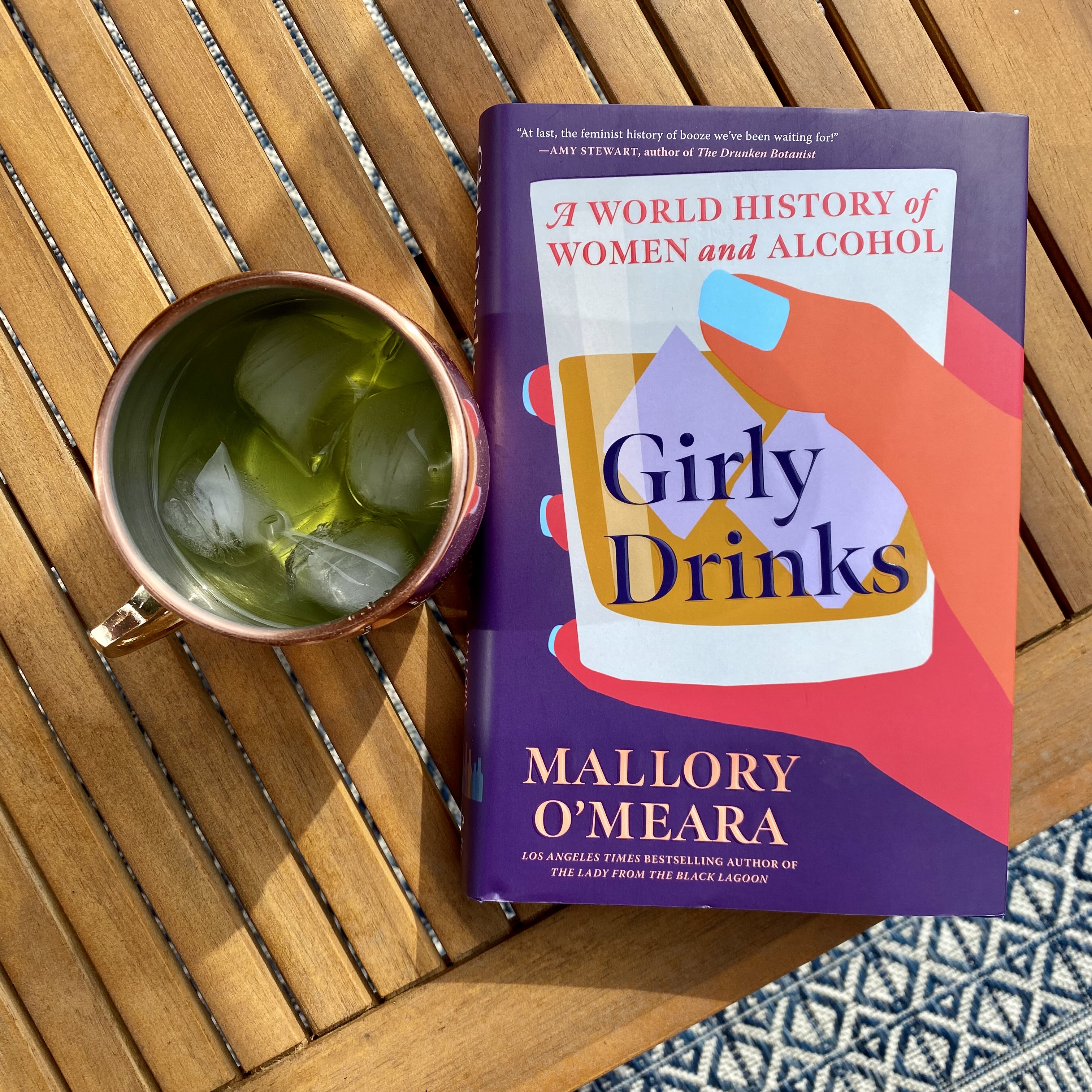 Notably, O’Meara doesn’t just focus on caucasian-centric history, but delves into the histories of many Asian, African, and Native American cultures, as well.

Some modern things we take for granted, such as drinking straws and the act of writing were invented by women making beer. Nuns had their hand in both the creation of using hops as a beer preservative and positioning brewing as a service to God. Even the idea of a bridal shower came from an old tradition of bringing the bride a bunch of beer for her wedding and to start her household.

Throughout history, the relationship between beverage alcohol and women has changed. Often, when women have found themselves able to earn a living from beverage alcohol, they would quickly be thought to be out of control and in need of regulation. Time and time again. And just as often, the removal of a woman’s agency and ability to earn a living has resulted in disastrous economic conditions. From Hammurabi’s code, which forbade women in taverns and in beer-making (and also first established women as the property of men), to the 19th century concept of addiction and recovery, which forbade women from participating out of fear the would “corrupt the men,” womens’ relationship to beverage alcohol has continually been demonized any time it became a threat to “the natural order” of things.

The book’s name itself belies the often-held cultural belief that there are drinks for women and drinks for men. Like the much-maligned pumpkin spice latte, drinks including Cosmos and raisin wine hundreds of years before it are considered to be “for women” and therefore not befitting of masculinity. O’Meara expertly traces the origins of such beliefs and gives readers a birds-eye view of the culture that led there in the first place, a surprisingly cyclical historical event.

When it comes to whiskey, there are some noteworthy women throughout history covered in the pages of Girly Drinks — and at least one glaring omission. Maria The Jewess is credited with inventing the alembic still in 200 CE, and in the early days of the American whiskey industry there were at least 50 women running distilleries that we know of, according to O’Meara.

Joy Perrine and Susan Reigler make an appearance in the context of women tending bar, which not long ago was illegal — in 1964 there were 26 states that prohibited it, including Kentucky — and women writing cocktail books, which fortunately is becoming more common.

On Page 296 Marianne Eaves is credited with becoming Kentucky’s first Master Taster at Castle & Key in 2015. Unfortunately this is incorrect. Eaves became Kentucky’s first female Master Distiller. The honor of Kentucky’s first female Master Taster went to Peggy Noe Stevens 15 years prior in 2000, though Stevens is not mentioned until page 329, and then only in the context of establishing The Bourbon Women Association in 2011, only two pages before the end of the book. These are unfortunate errors that I hope are corrected in subsequent editions of this book.

O’Meara does a thorough and authoritative job of exposing history that has often been overlooked. She also expertly challenges notions of female drinking such as the concept of the “wine mom,” which both maligns women for taking a break and fails to acknowledge that society is demanding a bit too much from overworked, overstressed women. Why give women a break when you can call them heroes, shove a bottle of wine in their hands, and then tell them they shouldn’t be drinking so much? After all, in the 1950s it was believed by many that alcohol abuse among women was because of “failed gender performance,” says O’Meara.

Overall, this is a book that should be on any beverage alcohol enthusiast’s shelf. If you’ve only heard the stories of the brave frontiersmen who created your favorite beverage and nurtured it through thick and thin, you are only getting part of the story. Girly Drinks will challenge that misperception right out of existence.