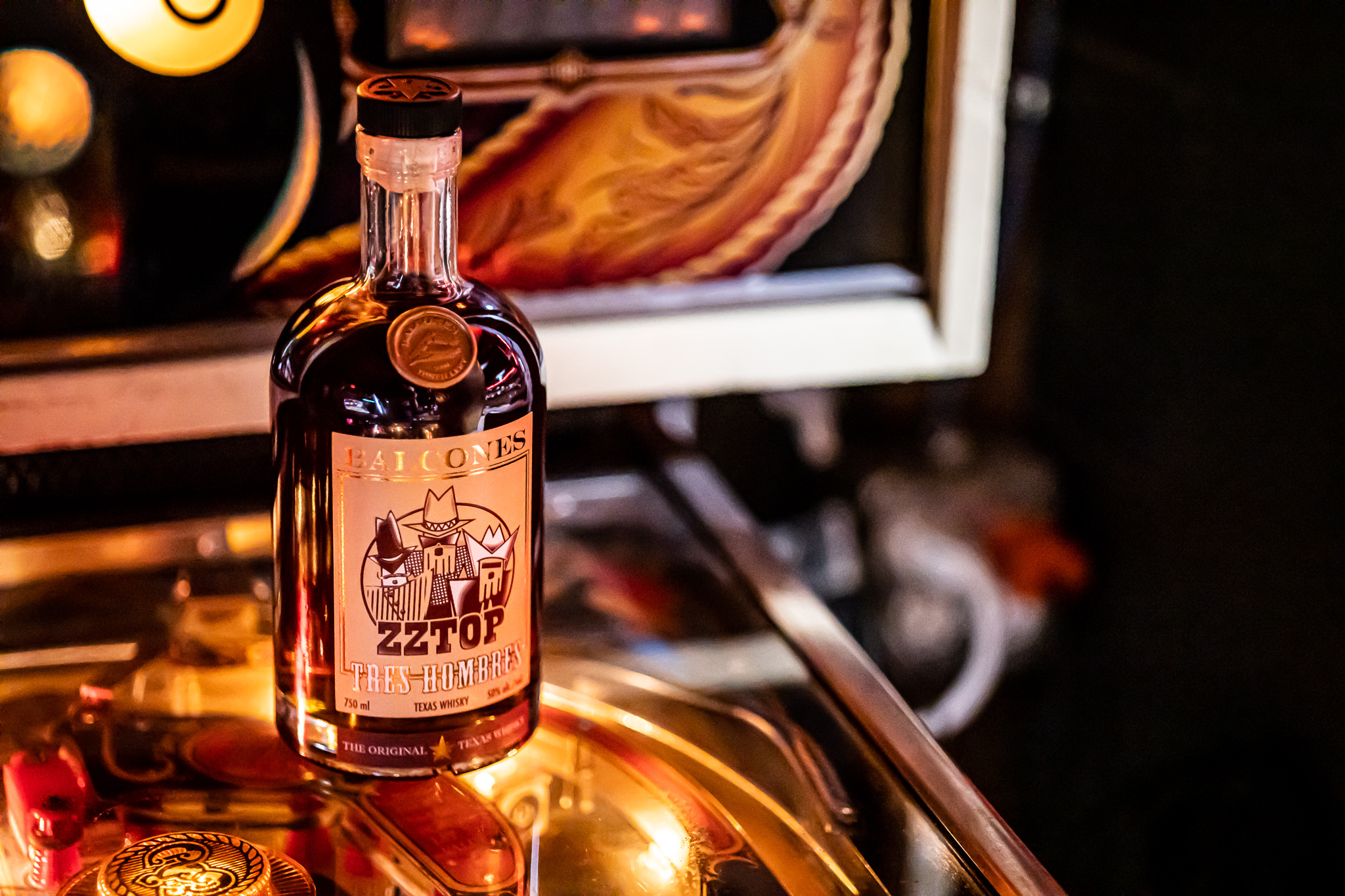 Balcones Distilling and Rock & Roll Hall of Famers ZZ Top have announced their collaborative work on a one-of-a-kind whiskey. The two partners share a mutual Texas heritage and a love of whiskey, using this opportunity to take a grain-to-glass approach to creating the expression.

Named after the band’s first top 10 chart album, released in 1973, the whiskey is called Tres Hombres (50% ABV) . As well as the name itself the whiskey pays homage to ZZ Top’s legacy as a trio, using three distinct grains: roasted blue corn, barley and rye.

Founded in Houston in 1969, ZZ Top have been synonymous with Texas for more than five decades of recording and touring. Renowned for their signature blues-rock sound, ZZ Top reached new heights of success in the 1980s. In the 50+ years since the band’s founding, ZZ Top has created 15 studio albums and sold an estimated 50 million albums worldwide.

Commenting on the band’s association with Balcones and the launch of Tres Hombres, Carl Stubner, ZZ Top’s manager, remarked: “ZZ Top’s love of Texas runs deep and we can’t think of a better way to celebrate that than by creating something together with Balcones – The Original Texas Whisky. Tres Hombres exemplifies what can be achieved when brands care deeply about their respective products and legacy.”

Jared Himstedt, head distiller at Balcones Distilling, added: “It was incredible to collaborate with the ZZ Top team to develop an exclusive whisky that celebrates ZZ Top’s and Balcones’ shared Texas roots. To actually get to taste through the blending process with ZZ Top and make a whisky that synthesizes our joint vision for Tres Hombres was an honor. ZZ are Texas and Rock legends, and we can’t wait to share Tres Hombres with folks.”

Tres Hombres is available nationally for pre-order from November 1, at balconesdistilling.com/treshombres and at Keg N Bottle. The product will roll out to liquor stores across Texas and select other states in mid-November. To learn more about Balcones Distilling, please visit BalconesDistilling.com. To learn more about ZZ Top, please visit ZZTop.com.