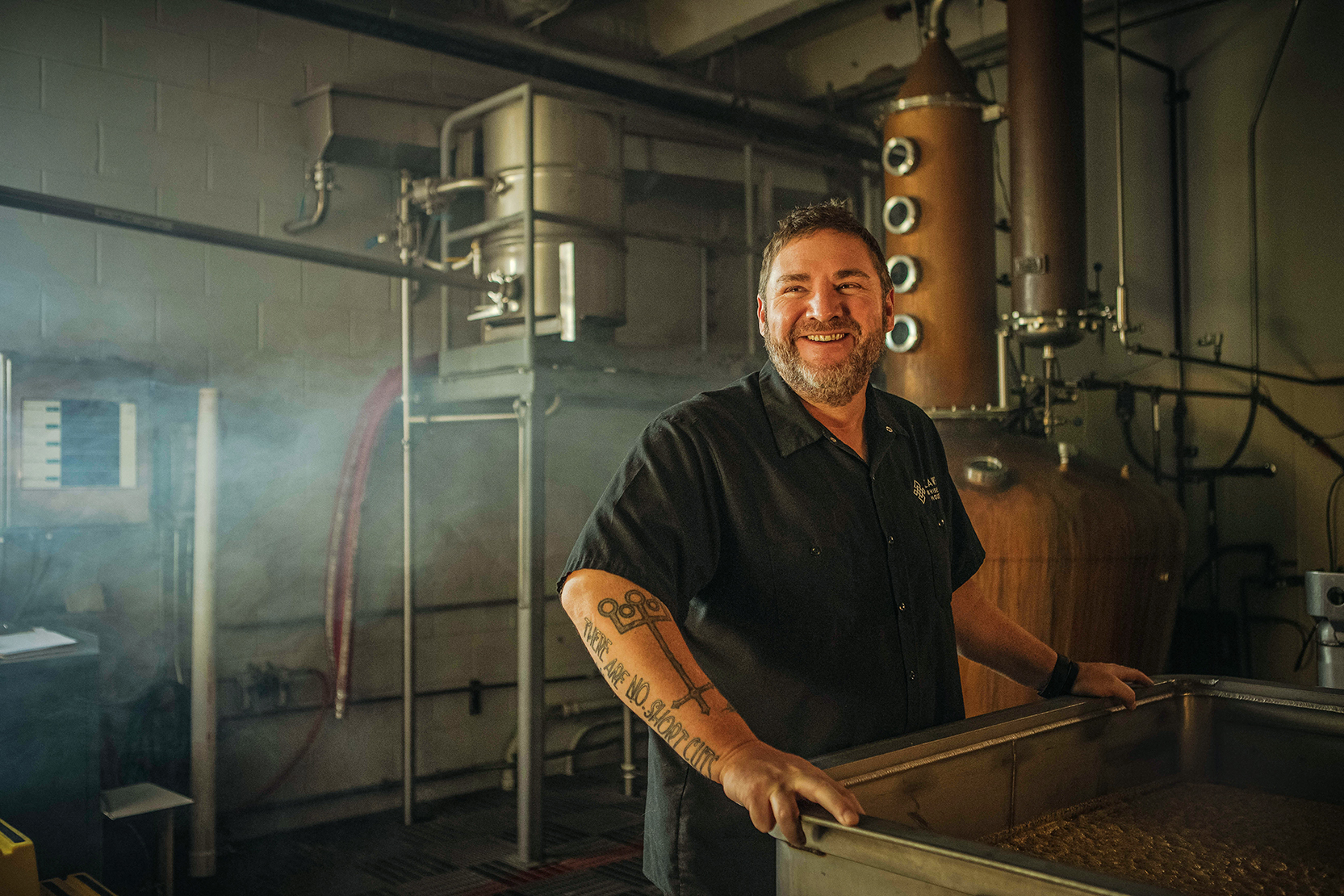 No matter how prepared someone is to start a new business, there are always surprises along the way. This is doubly so when that new business is a distillery: on top of laws and regulations that, seemingly, no one has ever heard of, trying to get local governments on board in places where distilling isn’t commonplace, and figuring out marketing, while running the rest of the show, the actual mechanics of cooking, fermenting, and distilling can vary wildly in different geographic locations.

When Al Laws, founder of Laws Whiskey House in Denver, Colorado, first brought his new distillery online, he had a suspicion that the elevation, one mile above sea level, would affect his processes. His so-called ‘Bourbon Yoda’ Bill Friel, Kentucky Bourbon Hall-of-Famer retired from Barton Distillery, knew the difference in boiling point would affect the process. Little did they know how much.

Of the very first cook, Laws recalls, “Trying to get it up over 200 degrees and, well, it turned into lava. And then it started to shoot out the top of the cooker.”

But the learning didn’t end there. As they dialed in the process, there were still hiccups along the way.

The first major adaptation Laws Whiskey House needed to make was cooking at a considerably lower temperature than distilleries closer to sea level – 196oF to 198oF as opposed to 200oF to 207oF, as is commonplace. Any higher and they would end up shovelling pudding from the cooker.

“From that point forward, because of this issue, we also looked at process things like high-temp alpha amylase, just in case,” Laws says. “We’ve had a few things happen where the mash was going, and for some reason, maybe the barometric pressure that day or something else, maybe something in the water, this often happened around when they changed water for the city, we would have issues. Not often, but here’s the thing, no matter how often it happens, you don’t want it to turn into pudding, because you have to shovel it out of the cooker, so it’s a really tense time if it starts to gel on you. We would keep bags of malt nearby and just pour that in and that would break it.”

High-temperature alpha amylase ended up being their strongest tool to prevent the pre-distillation process from going awry.

“Some people are like, oh, you use enzymes for yield – no, we really use them for processes, to make sure our process doesn’t go awry.”

“Anyone who makes rye will talk about how it foams, and with less pressure with thinner air, at the beginning it was ferocious. Everything takes off in the fermenter. Bourbon typically ferments in a pretty linear stage, it drops, the sugar drops in half each day to work out after 72 hours or so. Rye is more ferocious. So when rye takes off, two-thirds of the sugar can be gone in a day, so the ferment is more virulent and it’s gooey. The CO2 gets captured in the gooeyness, and then you get foam, this foam within an hour, it could go from bubbling and giving off CO2 to coming out over the top of the fermenters.

The Laws team quickly discovered that the altitude affected the fermentation…

Some of it is related to altitude, for sure, and some of it’s related just to biochemistry of a rye grain in a mash. We used to call it whale snot because if it comes out of the fermenter, it’s awful, because it dries quick too, it’s awful to clean up.”

When those early runs finally made it to the still, there were more issues to contend with, chief among them the wild swings in barometric pressure.

“For a while, we would keep the barometric pressure up on the computer in the lab, just as basically a background screen-saver thing to watch what was going on in our environment,” Laws recounts. “On our first ones, it was fairly low pressure and we ripped through the strips. At the top of the column, it’s not like 20 psi or something, there’s no pressure, it’s a very low pressure as the steam or the vapors come up. But the shifts in barometric pressure happen erratically here, and they can swing multiple times during the day, and that will absolutely affect runtime, and it can be frustrating. It’s usually when you have to be out of there by 8 o’clock or something. It’s a high-pressure day and it’s like, oh, this is gonna take two more hours.

Laws says of the idiosyncrasies they’ve learned about distilling at altitude, “We just accept that that’s part of what’s going on. Now when something bumps out of character, it’s something to look at. It can lead to checking things, and a valve has failed or something else. So, it’s a good thing to have in the background. It makes you have to be more attentive.”

The barometric pressure and the high, mountainous desert climate also affect the maturation process, on top of the fact they heat cycle their warehouses, Laws says.

“We get a lot more wood interaction right away because of the barometric pressure,” he says. “You fill the barrel, pound in the bung and it sits there, and it heats up to a certain temperature. It’s like a heat sink, it fluctuates slowly during the year, but what really gives us the interaction is these swings activate the whiskey. It pushes it into the barrel and the swings can pull it out pretty quick, so it’s having a different force, not just being there passively, eventually getting into the wood a certain depth – it’s having an extra element force it in.”

“Maturation is about time, so time is still there, and it’s a very important part,” Laws says, “but what we do get is a lot of barrel influence at the beginning. We’re having these chemicals, this color, these elements present in the spirit early on in its three- to five-year, six-year run, so it’s working with more things over a longer period of time. 50 to 60 per cent of the end flavor of the whiskey comes from the barrel, but if they’re in the spirit sooner, they have a lot more time to interact and create additional complexity.”

Even the color of the whiskey can throw some of the most seasoned industry veterans for a loop.

“This environmental thing is affecting our whiskey, and I think it’s a positive,” Laws continues. “When my Bourbon Yoda saw the color of the whiskey two years before we ever released it, he said, what’s this, who made it, and we were like, it’s ours, and he’s like, no, no, no, this is more than two years old. It is significant, you can see some sense of color after two days. And then the other thing is it goes deeper into the wood, so our heavily charred barrels… have more caramelization deeper in the wood.”

Even once the whiskey is in the bottle, the altitude has the last laugh. Altitude sickness has affected visitors to the distillery so frequently they no longer allow people on the production floor during tours because of safety concerns.

“We had someone who was 250 pounds stand there saying, I don’t feel so good, so we had to catch him,” Laws recounts. “It’s not just this person here, he’s just smaller and it affects him more. No, I mean, this big guy, it affected him. It’s pretty scary, I’m laughing about it now, but it wasn’t funny at the time. The altitude definitely has an impact and we also tell people in the tasting room, at every drink, you should drink this glass of water after, because you’ll dehydrate up here, we’re pretty dry as well.”

Laws and his team did their best to predict what would be different when distilling at altitude, but there were still surprises along the way.

“Right outta the gate, it happened,” Laws laughs. “You’re thinking about what will be different and, oh yeah – it’s different!”

0 comments on “At altitude with Laws Whiskey House”