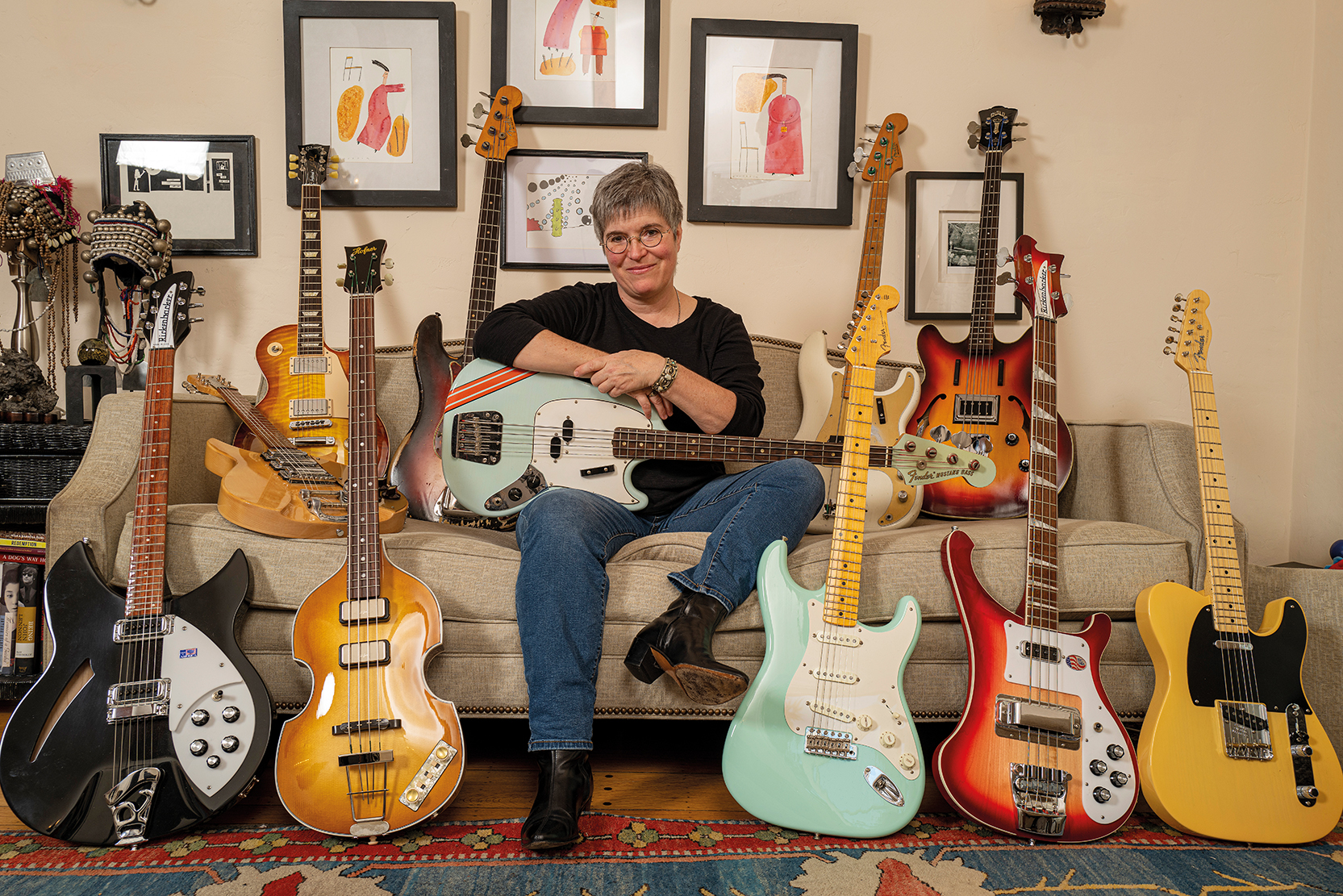 Written and photographed by Andrew Faulkner

With or without knowing it, most whiskey enthusiasts have tasted Nancy Fraley’s work. As a master blender, she has assembled dozens of sought-after whiskeys, some openly and some under cover of non-disclosure agreements. Alongside that, she has consulted on projects from Wyoming Whiskey, J. Henry & Sons, Ironroot Republic, St Augustine Distillery, Virginia Distillery Co, Still Austin Whiskey Co, and many more.

Her work’s wide geographical footprint also touches Haiti, Belize, Canada and Mexico. Fraley was about to travel to India for a project when Covid hit, so Kamet Single Malt Whiskey had to come to her.

“Since Covid, I’ve been working at home, from my new office. I’ve been listening to music a lot more and allowing that to influence my blends. You know… trying to translate sonics over to aroma, if that makes sense,” explains Fraley. “What is the aromatic equivalent of the sonic experience I’m having?”

Fraley talked to American Whiskey recently about the relationship between whiskey blending and music, how she grew her way into music and beverage alcohol.

She continues on, “Both the music that I listen to and my playing really affect how I create blends.”

Her tasting notes on each batch of Jos. A. Magnus & Co Cigar Blend Bourbon reveal more about this technique than one might first think.

“I’ve been listening to a lot of Hank Williams the past couple years. I’ve heard him my whole life but I’ve just kind of been digging deep into that, and with some of the ‘Luke the Drifter’ type of stuff that he did, too,” said Fraley.

Luke the Drifter is a pseudonym that Williams used to record some of his slightly darker songs, so that batch draws on some of the deeper flavors in whiskey. “And so, Cigar Blend Batch [#44] I named Luke the Drifter. And I kind of geared that blend to taste like the music,” explains Fraley.

“The psychedelic summer batch [#46], you know that came about through me… listening to a lot of Janis Joplin. I was reading a biography on her, and I was listening to a lot of Big Brother, and other people from the San Francisco kind of psychedelic scene… I thought to myself, ‘Well, how could I express this in whiskey? Express those kinds of tastes and the aromatic equivalent of what I’m hearing here?’”

“I’ve been working through the bass part on Somebody to Love,” adds Fraley. “It’s really difficult. I got the music, you know, and Jack Cassidy’s part is really busy.”

Playing music, reading music books and studying theory are part of the immersion. Fraley caught the musical bug while still in diapers, watching the TV show Hee Haw at her parents’ house.

“Roy Clark playing the banjo was my first influence,” says Fraley. “When I was about eight or nine years old, I got a banjo. So that was my first instrument… I got frustrated after a while. And then about the age of 12, I sold that and got a guitar… I realized what I was more into, I liked rock.”

Rhythm came into her life in high school when she and her twin sister Elizabeth joined the marching band and became drum majorettes. “I worked with the drum section, and high school band a lot,” says Fraley. “Rhythm comes a lot more naturally to me than melody does.”

One guy in the band had extra pieces from his drum kit and taught her some things about how to play. She adds, “Then I just started practicing a lot and, in my freshman year of college, I got into a band.”

Fortunately, Fraley’s father did not kick her out of the house for playing drums. Instead, he was supportive, as he had been a musician himself. She played drums alongside her twin sister (on bass) in a band called Russian Heads. Throughout her college years, demand for her drumming increased. She played in

Boston clubs with many rock bands, including Spank, while studying Tibetan Buddhism at the Harvard Divinity School.

A broken ankle then hampered her drumming, so Fraley turned to the other
half of the rhythm section. She owns a bevy of bass guitars: 1958 Fender Precision Bass, 1961/62 Fender Precision Bass, 1965 Guild Starfire, two Hofner Beatle Basses (one ‘Cavern’), 1970 Fender Mustang Bass, 1958 Fender pre-production, a Rickenbacker 403, as well as about eight six-string guitars, including a prized black Rickenbacker 330. Using all of these instruments Fraley also studies music theory and learns new songs.

Fraley’s rise in the whiskey business was a little more convoluted. Her first experiences of booze came around the ripe old age of six and a half, at her father’s second wedding.

“After the wedding, they had a bar there, and my dad was a Jack Daniel’s drinker, you know, drank Jack and Coke. So, I knew that smell very well,” says Fraley. “I remember having a Coca-Cola, and my dad told my sister and I, ‘Put that down, I want to go introduce you to my law partners and some of my friends and blah blah blah.’ So, I put my Coca-Cola down on a table. Okay, I know where it is. He took us around. We came back, and I picked up what I thought was my Coke. But it smelled like alcohol, like Jack Daniel’s, like it had that in it. And I remember telling my father’s sister, you know, my aunt, ‘This smells and tastes like alcohol, like Jack Daniel’s.’ And she said ‘No, no honey, that’s right where you left your Coke.’ So I took that as permission to drink, and I mean, it’s not like I got hammered at the wedding, or whatever, but I actually did drink some of it because I liked it.

“It was also around that age when my sensory perception in general just kind of kicked in. And it was a very impressionable moment. I mean, long before I was ever in the alcohol industry, I always remember that moment of having that Jack and Coke and getting those caramely type of notes from the spirit. Yeah, caramel, vanilla, you know, I didn’t have the sophisticated vocabulary that I have now, obviously, but it made a big sensory impression on me.”

After receiving a Master of Theological Studies from Harvard, Fraley decided to attend law school, receiving a Juris Doctor from the University of San Francisco. She chose the campus partly because Jefferson Airplane’s mansion was a few blocks away, at 2,400 Fulton St. Fraley says, “I was a big Jefferson Airplane fan; still am.”

After graduation, she felt trapped working in the library of an employment law firm. “I didn’t want to be an attorney and I knew that for sure,” adds Fraley.

The odd combination of abilities eventually lead her to work at Alambic Inc., the then-makers of Germain-Robin brandies.

“I had gone to a fundraiser at the Oakland Museum. I think this was 2005… That’s where I ran into the Germain-Robin portfolio. And also the Hangar 1 stuff… I remember it literally just changed my way of thinking. Wow!” Fraley adds, “I’d never even heard of… craft spirits before, and they were trying to explain it to me. I just remember being so blown away by the profile of those brandies.”

A résumé that she left with St George Spirits got noticed by Alambic Inc.’s Ansley Coale. Her studies in Tibetan Buddhism at Harvard caught his eye, but he put her in marketing and event management, with occasional legal research.

“I felt very kind of mismatched for that job,” said Fraley, who wanted to use her extraordinary sensory abilities. She left on good terms and returned in 2010, working on the production side. It was during a period when master distiller/master blender Hubert Germain-Robin was not involved in production, but his notes were accessible.

“When I was finished with my work… I would often go taste through the barrels and take copious notes.” Fraley would then compare her notes to Hubert’s. Considering Hubert her mentor, she later worked with him on other projects and at workshops. From this she developed a foundation in aroma and flavor creation and in élevage, the French technique of bringing up barrels.

As the craft whiskey resurgence bloomed, Fraley found herself working
with some of the top distilleries.

“She’s a gem. She has a really big flavor wheel,” says John Little, founder and CEO of Smooth Ambler Spirits. “She’s super experienced with handling spirits, and she’s got such wide knowledge of all types of spirits, worldwide.”

Little consulted Fraley in constructing the blends for Smooth Ambler’s Contradiction. He also leaned on her recently for quality assurance on the Founders Cask Strength Series, Smooth Ambler’s first 100 per cent house-distilled rye whiskey (even though she did not work on those blends).

“She’s super critical,” says Little. “I don’t need someone that blows smoke up my ass. I need someone who tells me exactly what they’re experiencing from the spirit.”

Still Austin Whiskey Co has named a not-so-secret society ‘The Order of Nancy’, and this group of aficionados is prioritized for receiving special releases. In fact, Fraley shares that billing with Still Austin’s 50-ft high column still, Nancy, named for the lead character in the 1958 film classic Attack of the 50 Foot Woman.

As Fraley put together Still Austin’s The Musician whiskeys, she listened to
music that was appropriate for one of America’s great music cities: blues, country swing and Willie Nelson.

Apparently, the music is working: Still Austin co-founder and CEO Chris Seals adds, “Nancy ‘the Nose’ Fraley has been extremely helpful in guiding us to produce whiskeys that have a taste from our place and give a genuine expression of who we are as Austinites and Texans.”