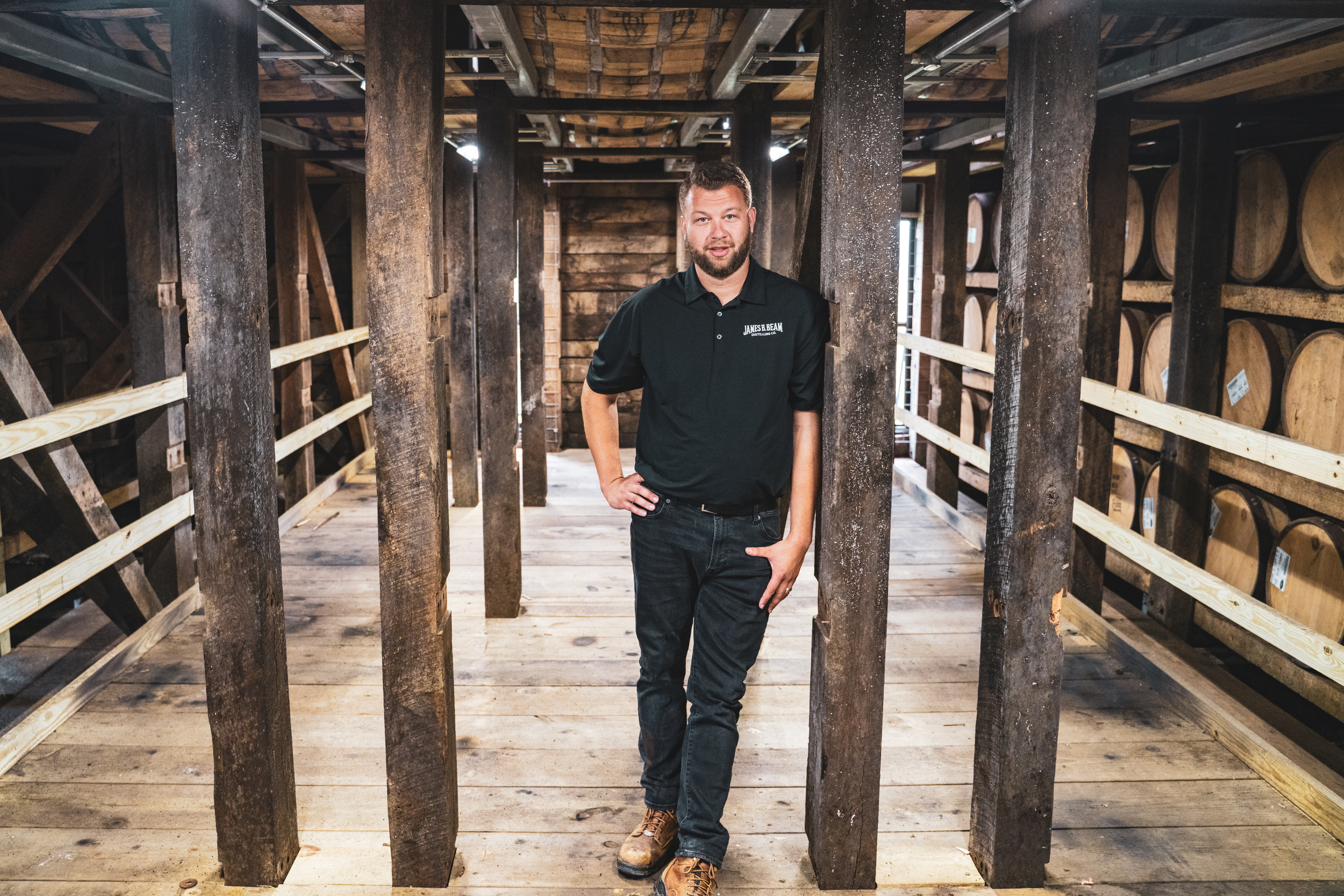 Harnessing information for the future benefit of whiskey

If there is one thing that unites the creators of American whiskey across the country, it is a pioneering spirit – in many cases, one that is passed down from generation to generation.

One Kentucky-based distiller that truly embodies this is James B. Beam Distilling Co, creators of Jim Beam. For more than 226 years, the distillery has been producing award-winning American whiskey expressions, and now it’s time to strip things back… kind of.

In honor of its seventh-generation master distiller Fred B. Noe, Beam has created a new home for its small-batch whiskeys, future innovations and whiskey insight: the Fred B. Noe Distillery. This new phase for the family distiller will be led by Noe’s son and eighth-generation Beam distiller, Freddie. We spoke to him to find out what’s in store.

Phoebe Calver (PC): Why was this moment ‘the’ moment to open the Fred B. Noe Distillery?

Freddie Noe (FN): It kind of came together over a few years. After my grandmother’s wake, our CEO came down and obviously gave his condolences to the family, and then afterwards stopped by for a cocktail at the house. I had just finalised the liquid for Little Book Chapter 1 and he was like, “What’s been going on, have you all been working on anything?”. I shared the liquid with him and he was like, “Woah this is good stuff, what do we need to do to make more like this?”, so I told him we needed a craft distillery or a small-scale experimental distillery. He kind of latched onto that idea, and so we started to have some conversations and kicked around maybe four different locations, on campus, or maybe on different pieces of land that we own.

[It was] a lot of planning, but it worked out, I think, best, because now we’re up and running and at this time it’s probably the most successful project we’ve done on the Beam campus, definitely in my tenure, and probably quite a while before that as well. I credit a lot of that to the team getting together in the early stages and buying into what we were going to do.

PC: It seems like a very big change to open up a craft distillery – how did you know this was right for Beam?

FN: For 226 years we’ve kind of scaled up production as our brands have grown, and so for us to say, look, we’re going to take a step back and go a little bit smaller and really focus on our craft was exciting. But yeah, it’s a place for us to kind of hone our craft and whiskey-making skills.

PC: Does it have set parameters for future growth and expansion?

FN: I mean, when you make whiskey for a long period of time, there’s a lot of things that you start to think into existence, or maybe they are real, that occur in processes just through watching and learning. It gives us the opportunity to study some of these things and better understand whiskey making. And understand how we can improve our processes, whether that’s continuing to make consistent quality, or maybe deliver a new flavor as well.

PC: That must be quite exciting for you – a bit of a playground?

FN: Oh absolutely… it kind of becomes a place where you can say, if you taste certain elements, how can we highlight these elements and bring them forward to showcase them in a blend where normally they may be a subtle nuance of a brand. So I think there’s a lot of opportunity to really expand the flavors and our understanding of the flavors that are out there.

PC: What are you currently working on and what are you planning to work on over the next few years?

FN: To be honest, we haven’t done a lot yet – we’ve kicked off our research and I have a lot of ideas, and the team members have a lot of ideas as well. We wanted to focus on innovative thinking… some innovative mash bills, like if you saw the last Little Book I had some malted rye whiskey that I distilled in there, that will also come under the FB Distillery. We’re kind of focusing on the quality of those production runs and making sure we hit those parameters and standards, and once we get a green light on all that, that’s when we’ll start to introduce some of the ‘outside the box’ thinking. You’ve gotta have a standard set, get back to your gold standard production, then you can start to alter off of that. How do we just change a

little bit, because there are so many elements that you can affect, and trying to understand that doing one little thing at a time, it gets to be a pretty long list of things to do that you can try to do. You can test out different grains, different temperatures, cooking temperatures, fermentation temperatures, and barrel locations.

PC: In terms of ‘kitting out’ the distillery, was it all new equipment you had to learn to work with?

FN: So, we had a small-scale distillery on site that we were running some mash through and barrelling, nothing particular. A lot of times the mash bill was very close to Jim Beam, but sometimes we’d run rye and things like that as well… we didn’t really account for the production of it too much, so some of that equipment did work out quite well for us.

We did retrofit equipment into the system, but the large percentage, I’d say maybe 85 to 90 per cent, ended up being new distillation

equipment because of the size that we ended up going with. It’s a good replicable size that we can make a few barrels’ worth [with]. You want to make sure you’re making a batch size big enough that is good for experimentation, or good for studying, but you don’t want to have two or three barrels… if one of them has a catastrophic failure or is putting off notes in there.

PC: By the sounds of it, this could become a real educational hub for the industry at large looking forward?

FN: That’s kind of the plan… we’ve partnered with the University of Kentucky and created the James B. Beam Institute; we’ve also helped donate to basically build a distillery on campus there at UK. They have a small aging facility warehouse there as well, and our facility has a virtual classroom that will be linked to their distilling institute. There’s a potential to be running different studies at different facilities and maybe analyzing samples alongside each other and in real time, looking at different data points.

You know, we’ve really taken a nod towards education because, as a young distiller, I guess I’m only as smart as the things I haven’t seen… you’ve gotta do some purposeful work for the studying of things, and hopefully, through partnering with them, we can document these things. I hope for my kids and grandkids… there’s a place for them to maybe spur some innovation or ‘out of the box’ thinking through the notes of things that we will work on here, some of which I’m sure will be successes, but some of them will be failures too.

You know, a lot of the stuff that gets passed down is more around the things to avoid than the things to do. That’s what you learn the most from, is when you’re failing, right?! So hopefully this facility and partnership with the university gives us the opportunity to move a little more forward with our thinking… [to be] more purposeful.

I think information is key in life, so the more information that we can harness and lock on to for the future is good for whiskey.

1 comment on “Fred B. Noe Distillery’s honor and innovation”