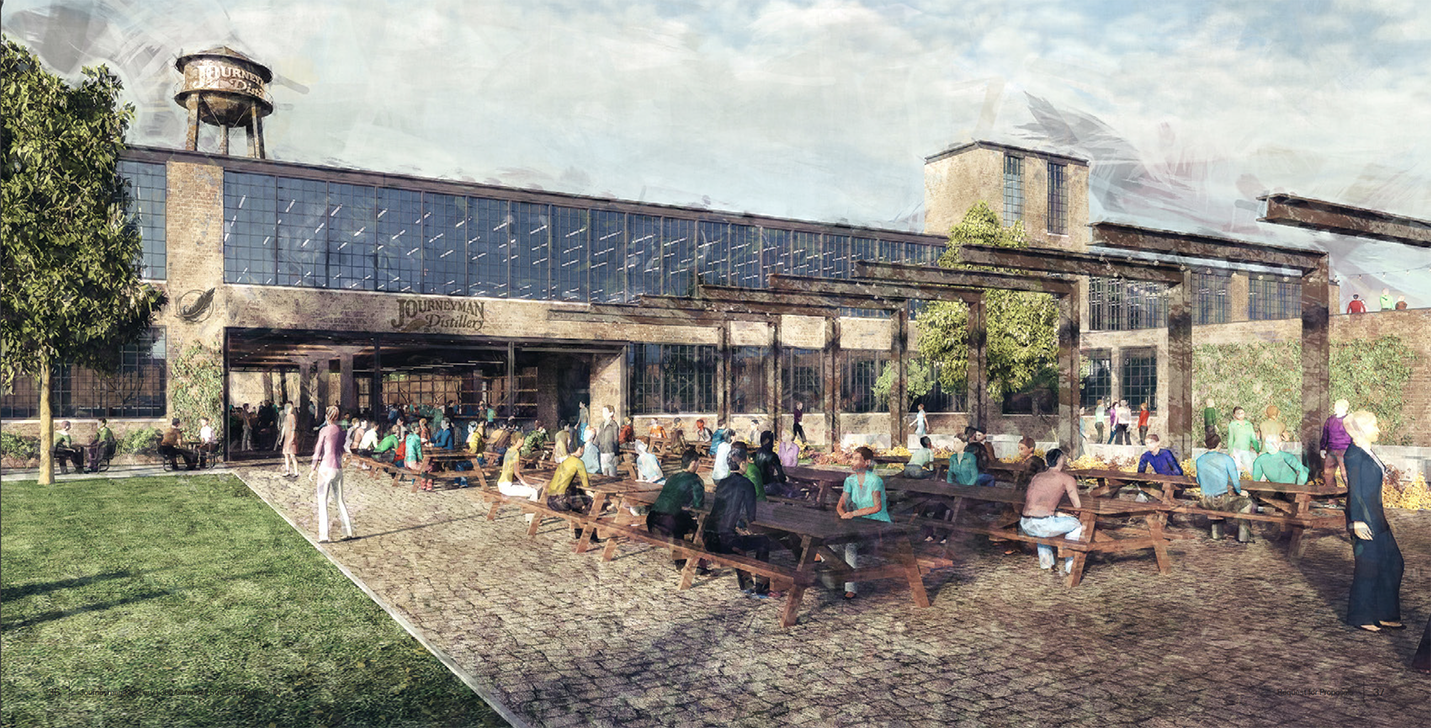 The new site dates back to one of the first woollen mills in Porter County, which was established just after the Civil War. Through the years the location had many uses, but since the mid-1980s the property has been vacant.

“Journeyman Distillery in Valparaiso is an exciting next step for the Welter family,” said Journeyman owner and operator Bill Welter.

The family first arrived in Valparaiso in the early 1990s and has had continuous business operations in the community since the early 1970s. Bill Welter follows in the footsteps of his father, Chuck, and his grandfather as he embarks on this adventure.

“As a city, we recognized the potential of this property with its proximity to our historic downtown,” said Mayor Matt Murphy, a member of the Valparaiso Redevelopment Commission in 2017 when the commission acquired the brownfield property that included the factory.

A year later Bill Welter presented his vision, to the commission, of elevating the property by transforming it into a second Journeyman Distillery. The plans were similar in nature to the project in Three Oaks Michigan, where Journeyman transformed the former featherbone corset factory into a true destination distillery.

“The Valparaiso Journeyman Distillery will elevate this property to a true destination and provide further development opportunities for this excellent location adjacent to our downtown, including hundreds of jobs,” said Murphy. “Further, part of this exciting development will house the city’s transit center and the shared parking lot will also serve passengers of our Dash commuter bus service.

“We’re very excited to see this project take shape and thank all of the organizations and people who have come together to make it possible.”

Journeyman intends to begin construction in the coming weeks, with plans to open in stages that will begin in early 2023. For more information on Journeyman Distillery, head here.