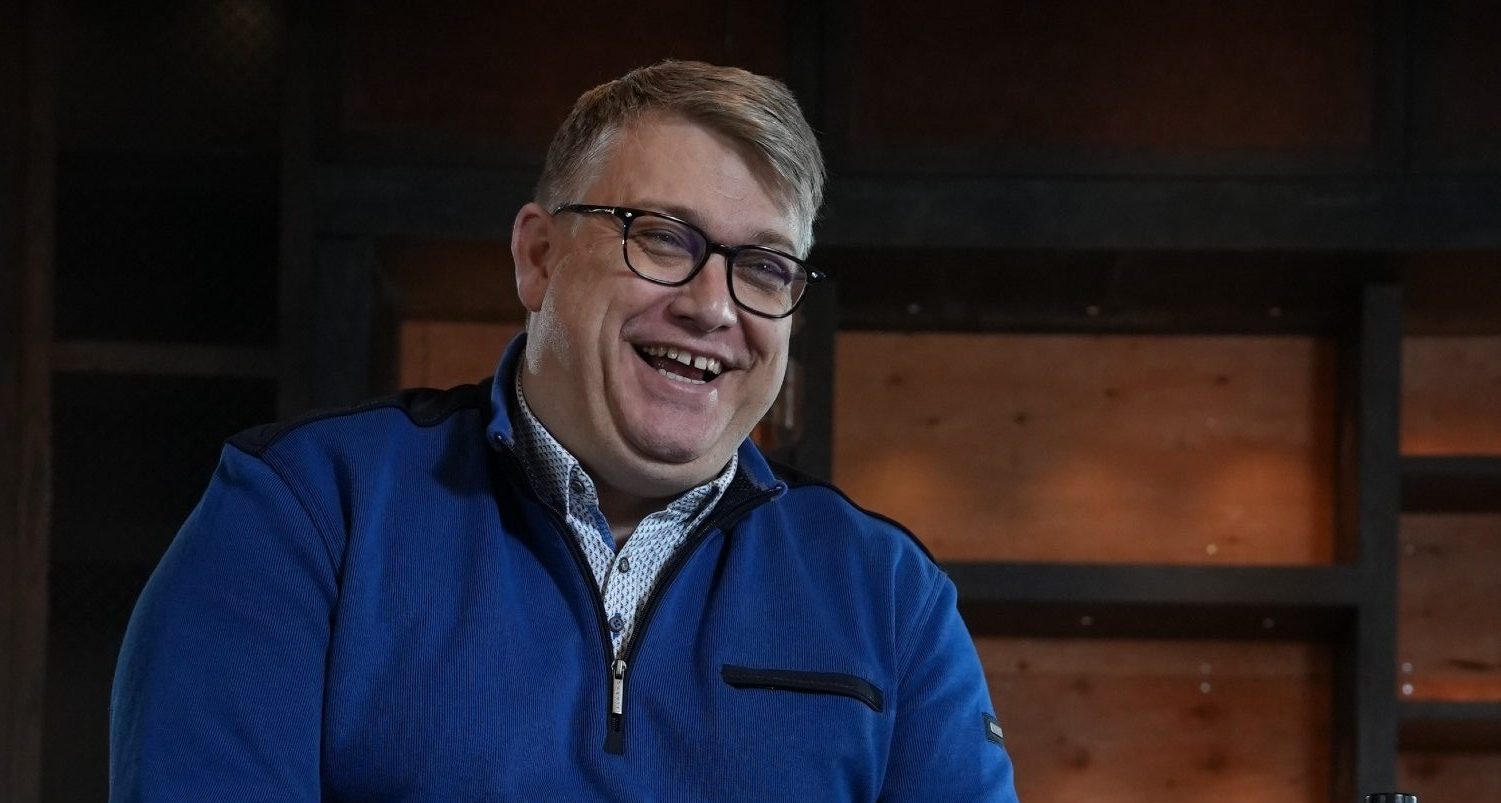 To kick off our weekly interviews for the year, we caught up with O’Shaughnessy Distilling Co.’s master distiller Brian Nation to discover what it was about this distillery that convinced him to move from Ireland to Minneapolis.

As the mastermind behind some of Ireland’s most beloved whiskeys, including Midleton and Jameson, the decision to move his entire life across the pond was for good reason.

American Whiskey Magazine (AWM): How did you come to be a part of O’Shaughnessy Distilling Co.?

Brian Nation (BN): If somebody was telling me three years ago that I’d have left Irish Distillers and moved my whole family to Minneapolis to start up a new brand… then I would have said they were mad!

But that was before I met [cousins] Patrick and Michael O’Shaughnessy, and you know maybe the timing was right in my career and in my life as well. But Patrick reached out to me about the opportunity and I responded to him, we had a call… even when they came to Cork to meet me it was all about what could I do to help them on their journey of developing this new whiskey, and this new distillery, but still not with the intention of leaving and moving to Minneapolis.

But when I met them there was a fantastic connection and I loved the values that they stood for. I loved the opportunity that they were bringing and the passion they had for developing a brand… all of that excited me. To think that I could have the opportunity to be involved in developing a new distillery from the ground up and developing a brand from the ground up kind of excited me. Doing it in a different country and giving the kids an opportunity to experience a different country, it all seemed to fit together. So I decided to take the plunge.

Little did we know what was ahead of us in relation to Covid, so what was supposed to be us moving to Minneapolis in July 2020, we actually didn’t get to move as a family until August 2021. I was moving back and forth for 12 months.

AWM: Were you able to spend a consistent amount of time at the distillery during that period?

BN: Well, travel was banned until January of 2021, so as soon as travel opened up I started spending a month at the distillery and then I’d come home for a month. So I was doing that up until the start of July. We were supposed to move in the middle of July but visas were delayed in the embassy for my wife and kids, so we didn’t get over until August, but we’re here full time now and the kids have started school and everybody’s settled. So it’s great.

AWM: Has the plan always been to create this American and Irish blend?

BN: Well I suppose there’s a couple of things really. It’s always great to try something innovative… and marry the different flavours and different whiskey traditions; if you think about it, Irish whiskey is growing very much in America and it’s going through a renaissance.

It has been received quite well… For us we felt that we have created a whiskey that has a fantastic quality and is lovely to taste. We also feel that it does showcase the impact of all of the different components, which was very important for me when you’re putting it together, that it’s not just one component masking all the rest of them. And then finally we feel that it’s very versatile… it can be drunk neat, on the rocks, as a long drink, or in cocktails, and that seems to have created a lot of interest, a lot of positive reaction from people that have tasted it.

We’re going to be making American whiskey here at the distillery and our plan is to ‘Irishize’ American whiskey and ‘Americanize’ Irish whiskey. What I mean by that is that our first release here at the distillery is going to be a mash bill of malted barley and unmalted barley that’s going to be distilled three times in copper pot stills, so the quintessential way Irish whiskey is made. It’s going to be done here and then we mature it in virgin american oak barrels, so that’s kind of the ‘Americanizing’ of that traditional Irish style. We also plan to produce triple distilled rye in copper pot stills, and we will mature that in virgin american oak, but we’ll also use some refill barrels.

And copper pot stills are really the heart of what we’re going to be doing… and we’re going to do a Bourbon as well in that type of style. So we’ve lots of ideas of playing with different cereal types and trying different distillations. Innovation is a key part of what we want to do, but it’s targeted, strategic innovation.

You know you have to be cognisant of what the consumer wants and what people want to taste. But we do feel that we’re going to bring new taste profiles and new flavours to the whiskey world and our intention is to, what we say, put Minneapolis and Minnesota on the world whiskey map as well.

AWM: It’s interesting to hear that you’ve got your playground and you know what you can do in it – like bordered innovation.

BN: It is and you know I think what we also have as well is that we purchased Irish whiskey… So we will have an Irish whiskey portfolio and we’ll have an American whiskey portfolio and we have the Irish style in the American whiskey portfolio as well. We have a lot of components to play with and we have a lot of distillation expertise here. We have David Perkins on board as a liquid collaborator, David who is founder of High West, which is a fantastic asset to have. And we have some fantastic team members here as well… and they’re bringing great ideas and great ability to the distillery as well, so we’re really very fortunate with the team we have here.

AWM: In terms of the Irish whiskey you’re using, do you have a specific distillery back in Ireland that you’re partnering with or will it vary?

BN: So currently all of the stock that we’re purchasing at the moment is from Great Northern Distillery which is in Dundalk, which is John Teeling’s distillery, and we have built a great relationship with them. The quality of their distillate is fantastic, so it’s great to be able to be involved with them and purchase good quality whiskey and be involved in the selection of the different distillate styles.

AWM: What sits under the umbrella of Keeper’s Heart whiskey?

BN: So all of our whiskeys for the time being are going to be released under the Keeper’s Heart brand. Keeper’s Heart Irish American Whiskey is our hero brand and then we will release different expressions of Keeper’s Heart all under the same brand, like the 10-year-old single malt, we’ll also be looking at releasing an Irish single pot still over the next year or two. We’ve 20-year-old single malt… so we’ve planned that we’ll release these over the next number of years as well.

AWM: And are you already producing whiskey at the distillery now?

BN: We’re getting into the rhythm of being able to continuously produce. We also have columns here, so we have commissioned our columns, a continuous beer still, a batch doubler, a vodka still, and a gin still. It’s exciting. The thing about it, no matter how long you’re involved in a distillery or how much involvement over the years, when you have new equipment you have to learn your new equipment and get to know it. We’re having fun along the way, and some days frustrations when things don’t go the way you want them to go. But that’s the joys. You can’t make an omelet without breaking eggs.

AWM: In terms of the process of blending together the Irish and American whiskeys, how much back and forth was there and what was the process like?

BN: It was actually a fantastic learning experience for me because you start out with an intention in your head. As I said earlier, we kind of gave ourselves three objectives, one was a great tasting quality whiskey, two was to make sure that all of the components were playing a part, and three was that it was versatile.

So kind of set out with an idea in your head of what you think the best blend would be, but then as you start doing it, you actually learn a lot more along the way. So I would say between the start and end, we went through between 120 and 140 different prototypes and that was all done in Ireland initially because of the ban on travel… We were looking at Irish single malt, we were looking at peated malt, grain whiskey, pot still whiskey, Bourbon, and rye… to find out what would work best.

We kind of whittled it down to between 15 to 20 by the time I brought them over to the US in order for tasting. As it turned out we ended up using rye, but when you take the pot still whiskey and the rye together, they actually battled a lot, but by adding a small amount of grain whiskey it brought a balance in the two components that allowed them to actually work well together. So it was great to see that happening and to see the addition of what a small amount of grain whiskey made to the actual blend.

AWM: In terms of the rye you’ve used, again are you using a set distillery initially?

BN: So it’s the old Seagrams plant, MGP, where we’ve started from.

It really was a fantastic rye to compliment the Irish whiskey styles that we had as well, without overtaking the overall whiskey and without being over burdening on the overall flavour. It really worked out well.