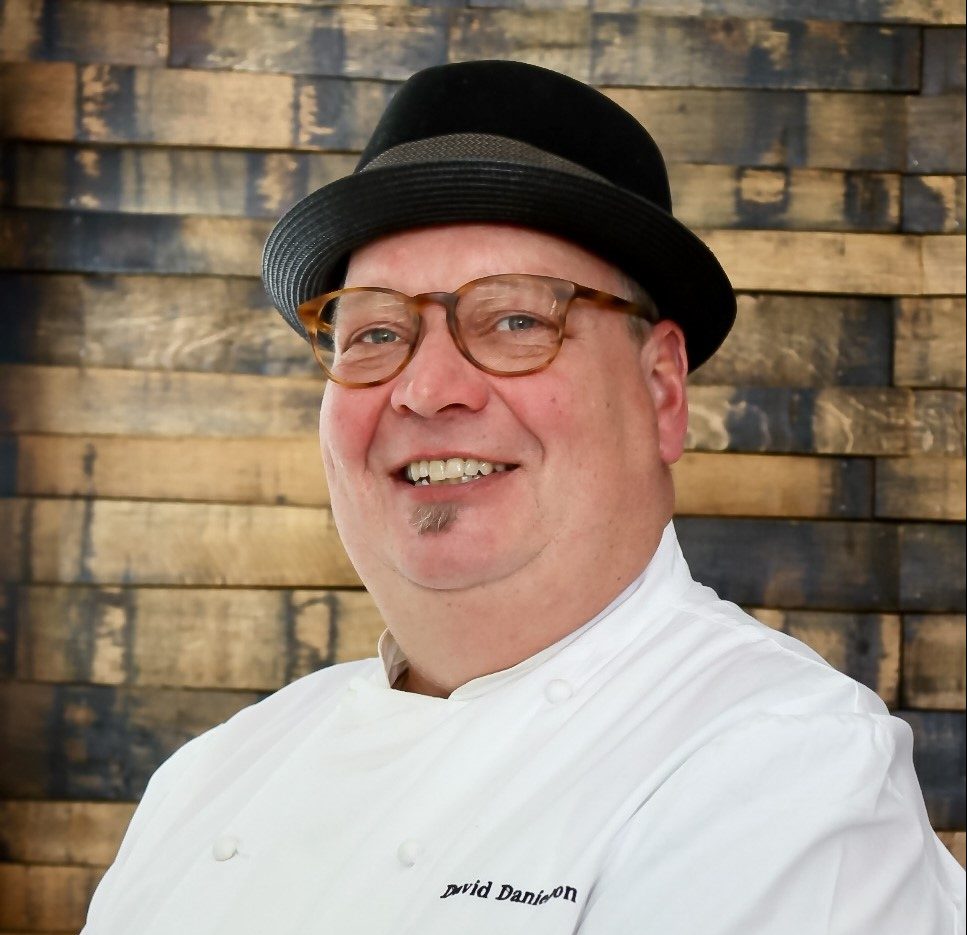 The chef and author brings more than 30 years of experience in the culinary and hospitality industries, most recently as the executive chef for Churchill Downs Racetrack and Levy Restaurants.

In his role as executive chef and food and beverage director, Danielson will be responsible for curating unique beverage and dining experiences at Dant Crossing’s amenities. This includes The Amp outdoor performance venue, The Legacy wedding and events venue, the upcoming farm-to-table restaurant 47 & Poplar, and the campus lodging options, including The Homestead Bed & Breakfast, The Poplar Cottages, and The Mansion.

“At Log Still Distillery and Dant Crossing, we’re all about good drinks, good food, and good company. Chef Danielson will play a crucial role in crafting one-of-a-kind culinary experiences at each of our amenities opening this year,” said president/distiller J.W. (Wally) Dant III. “He’s the best of the best, and his addition to the team is just one more big reason you’ll want to add us to your list of premier Kentucky destinations to visit.”

In addition to his recent role with Churchill Downs and Levy Restaurants, Danielson was the owner and chef at Louisville’s Old Stone Inn & Tavern. Prior to this, he served as personal chef to the British consul general and executive chef for high-profile establishments throughout the US and Caribbean. He has also consulted on several large-scale special events, including the PGA Championship, US Open Tennis Tournament, GRAMMY Awards, and the Olympics.

“While we often talk about Bourbon as America’s native spirit, one of the things that drew me to Dant Crossing was also looking at the heritage of the cuisine of the region and how the two really go together, telling the history of Bourbon country and our commitment to creating one-of-a-kind experiences for our guests,” Danielson said.

Danielson’s hiring comes amid significant growth for Dant Crossing, which will open The Legacy and 47 & Poplar in 2022, as well as other amenities including new lodging options and a train depot. This month will also see Log Still Distillery expand its line of Monk’s Road spirits to new markets including Tennessee.