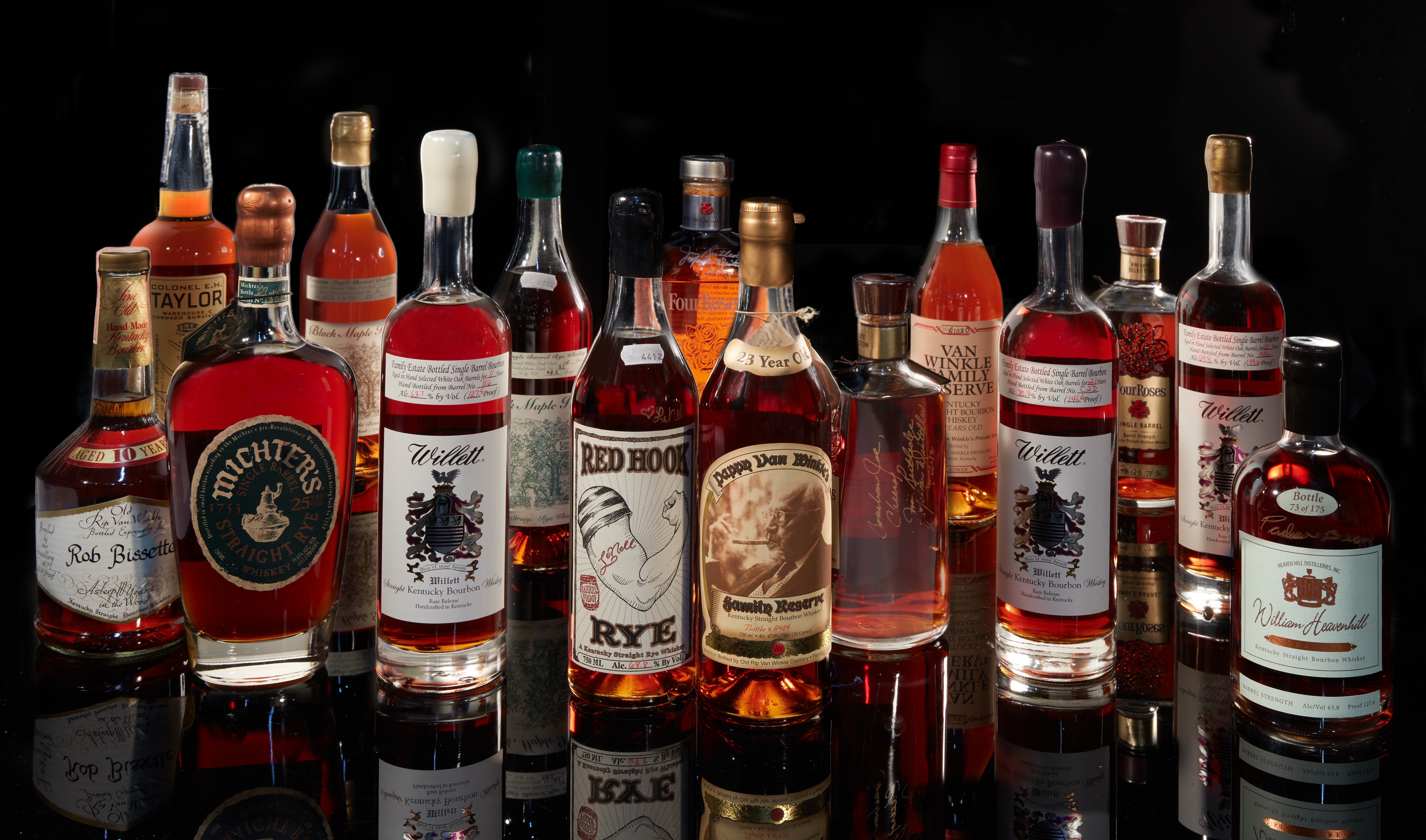 In a milestone for the American whiskey market, Sotheby’s latest auction features two of the most significant collections to come to market in a single sale, including ‘The American Muscle Collection’

Sotheby’s has announced that advance bidding is now open on Bourbon & Rye Whiskey | The American Muscle Collection + The Three Continents Collection Pt III, the most valuable auction of American whiskey ever staged.

The collection boasts an overall estimate of $825,000 to 1.2 million, and features two of the most significant collections to come to market in a single sale. The 750-lot auction will be presented live from Sotheby’s in New York on Saturday, 19 March at 10am EDT.

Jonny Fowle, Sotheby’s spirits specialist, said: “American whiskey stands apart owing to its strength of character, and over the last two years has shown the beginnings of a meteoric rise in the secondary market. Maturing in virgin American oak barrels for years and sometimes decades, the resulting whiskeys are luxuriously rich, complex and unmistakably American. A muscular character can be attributed not only to this wealth of flavors but also to the high proof of the market’s most collectible bottles.”

The American Muscle Collection leads the auction, taking its name not only from its unparalleled range of rich and robust US Bourbons and rye whiskeys, but also from the collector who built this significant catalogue of bottles. Rich “RJ” Gottlieb is the owner of one of the most legendary Chevrolets in existence, the 1969 “Big Red” Camaro, referred to by many as “the baddest muscle car ever”. The collection is defined by its extensive selection of Willett Family Estate barrel picks.

The second significant collection is The Three Continents Collection Part III. These whiskeys were part of a 5,000 bottle-strong collection of Scotch and Japanese whisky as well as Bourbon and rye from the USA that has been allocated across five Sotheby’s auctions in 2021 and 2022.

It first hit the market in November 2021 as a single owner sale, doubling its estimate to achieve $2m just for Part I. This auction exclusively contains American whiskeys from this collection.

These two collections are supported by a number of other classic bottles such as Lanell’s Red Hook Rye, Pappy Van Winkle, Four Roses and Old Weller.

The American Muscle Collection is defined by the depth and breadth of its selection. Not only are there numerous bottlings from the likes of Pappy Van Winkle, Buffalo Trace Antique Collection and Black Maple Hill, but the extent of bottlings from producers such as Willett and Four Roses give an idea of the wealth of knowledge and prescience a collection such as this requires.

Among Bourbon and rye whiskey connoisseurs, bottles of Willett Family Estate are as highly sought after as those from Buffalo Trace, Michter’s and Old Rip Van Winkle – if not more. Drawing on their immense stocks of well-aged whiskeys, the Kulsveens, the branch of the Willett family that now owns the distillery, create a variety of whiskeys but save the very best barrels, no more than three percent, for their estate brand, which they began to release in small amounts in the mid-2000s.