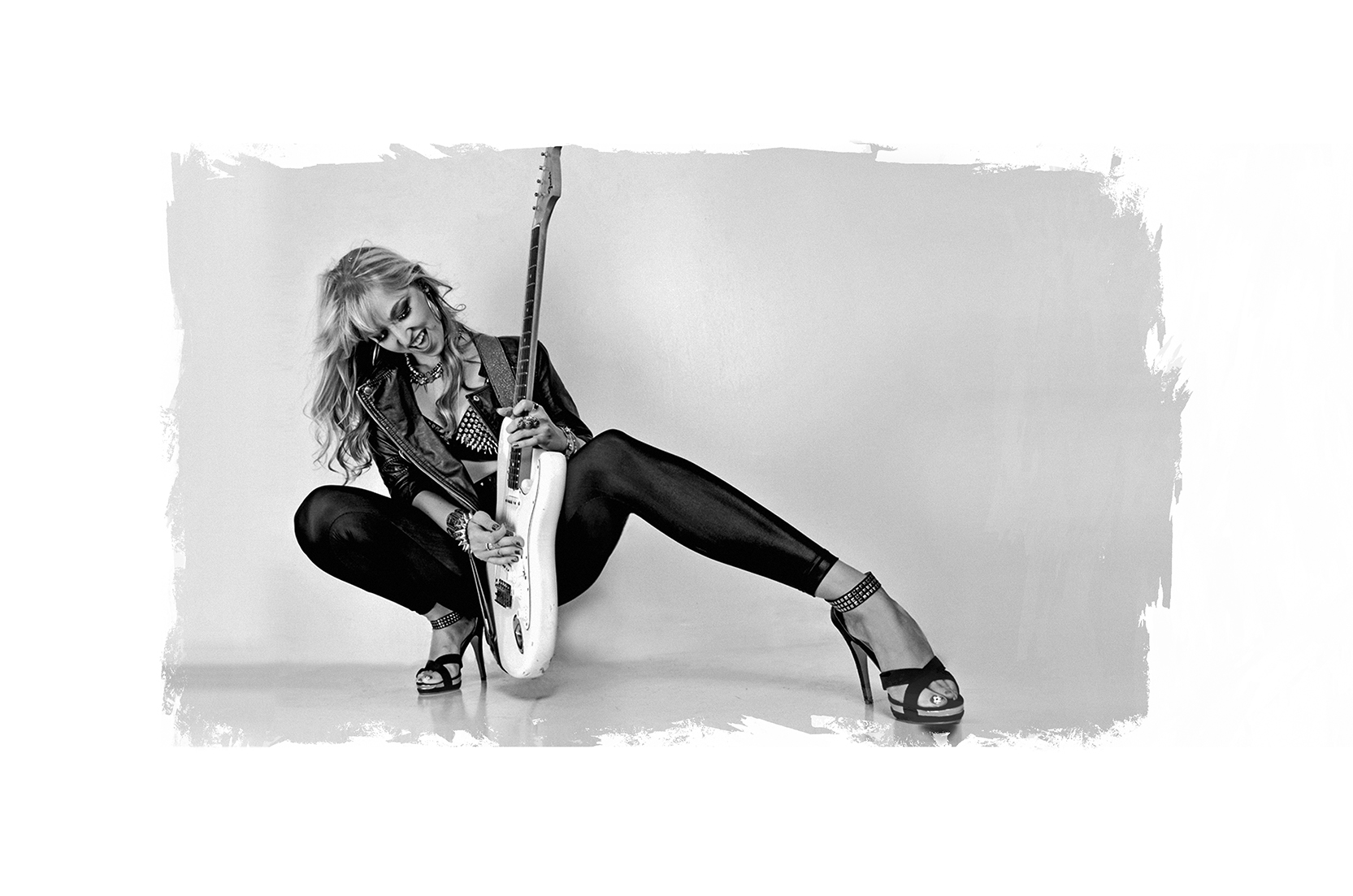 We can thank Boston for many things. Yes, some very important people and moments throughout American history, but also: disposable razors, the microwave, Tupperware, marshmallow fluff (okay, maybe not marshmallow fluff), the Red Sox – and, in a town on the outskirts of Boston in the 1980s, a young girl who was growing up with dreams of being a rock star. After ditching the jazz flute for the guitar, that girl became a woman who did exactly what she dreamed of: graduating from Northeastern University with a music business degree and going on to share her talent all over the world. Her name is Britt Lightning. Not only is she a killer guitar player (hence the name), but also an avid whiskey fan, and a woman on a journey to discover more about a spirit that has grabbed her heart, as it has for all of us.

Lightning’s music career started out in Boston with an all-female hard rock band called Jaded, and they released two albums together before Lightning went off to launch her own musical career. In 2011, Lightning performed in the New York-based rock musical Chix6 as the character and guitar player “Lick”. The show ran at the Queens Theatre in Queens, New York.

Then in 2012, Lightning was asked to perform with 18-time Grammy Award-winning artist Alejandro Sanz in his stadium-level world tour, supporting his album La Música No Se Toca, which reached number one on the Mexican Top Album, Spanish Top Album, and Billboard US Latin Top Album and Top Album charts. She even joined Sanz at the 2013 Latin Grammy Awards in Las Vegas, performing the single “No Me Compares”. After her time performing with Sanz, she went on to fill the role of guitarist for Rachel Platten, performing at festivals and on various national television and radio specials and programs.

In 2017, Lightning circled back to her origins and joined the famous all-female rock band, Vixen, after playing in a Guns N’ Roses all-female cover band. If you don’t know who Vixen are, they’re the only all-female hard rock band from the 1980s to sell over one million albums, have six number one videos on MTV, and enter four songs on Billboard’s Top 100. And let me tell you dear readers, I spent many hours in front of the mirror with my hairbrush singing and dancing along to Vixen as a young rocker myself.

So, in case it hasn’t occurred to you yet, by this point in Lightning’s story, she
had shown the chops to fill these roles and gain the moniker ‘Lightning’ in reference to her guitar-playing abilities.

After this period, Lightning had solidified herself as not only an incredibly talented session artist, but also an incredibly skilled live performer.

When I first met her, I found out quickly that she is a whiskey lover. And as it turns out, as intrigued as I was about her career path, she was equally intrigued about mine.

When asking Lightning what initially led her on the journey to being a whiskey lover, she explained that she got into rock and roll because of Van Halen, and one of the things she noticed was that all of her idols could be seen with Jack Daniel’s bottles in photos. And there is also that iconic photo of Jimi Hendrix backstage with his bottle of Jack. So, she began drinking whiskey to mimic her icons, but quickly realized that she really loved the flavor – especially as she learned about the different types of whiskey that are made around the world.

We discussed women being a minority in rock music, and she explained that, growing up, there weren’t a lot of all-female rock bands to look up to, so it was a really big deal when she got together with the women of Vixen. And of course, there was a correlation there between the music and whiskey industries, with the latter sorely lacking women at the forefront until recent years. Lightning is excited to see more representation in whiskey, and proud that she is also providing representation for women on the front lines of music.

When asked about her favorite whiskies, Lightning says her first love was Jack Daniel’s, but she also enjoys Maker’s Mark. She also says she definitely loves smoky whiskey, and is a Laphroaig fan. When discussing American whiskey, I sent her a line-up of craft brands that are near and dear to my heart. We tasted through FEW Bourbon, Widow Jane 10, Westland, and Balcones Bourbon. Luckily for me, she loved all of the whiskies I suggested, and said I had turned her on to several new brands – that’s always so fun!

I then asked what was on her Vixen tour rider. Because of a new tradition she created since joining the band, she said Maker’s Mark 46 is the perfect choice. They now do a whiskey toast before every show, and since Maker’s 46 is so approachable, everyone in the band can enjoy it – even those who aren’t big whiskey fans.

When asking Lightning about her goals for the future, she mentioned her work with Rock Fantasy Camp as a counsellor and now musical director. The Rock ‘n’ Roll Fantasy Camp is an interactive musical event that takes place in different locations worldwide involving various rock stars. Attendees of the camp will be able to join a band, no matter their skill level, and get intensive training and support from well-established musicians as they prepare to perform live on stage with some of their rock idols. Since being with the organization, they have gone on to create a women-only rock camp, and their upcoming event will be the first of its kind.

Still, while coming up with a list of female rock artists, Lightning realizes it’s not as long of a list as she would like to see. She explained how important it is for her as a woman to inspire young girls who dream of being rock musicians like she once did, and to help lift the barriers to being treated as equal to male musicians. There is still work to be done here.

It’s so inspiring to meet someone like Britt – to hear her story, have discussions about our beloved spirit, and witness what she is doing as a leader in her profession.

0 comments on “What whiskey means to me: Britt Lightning”