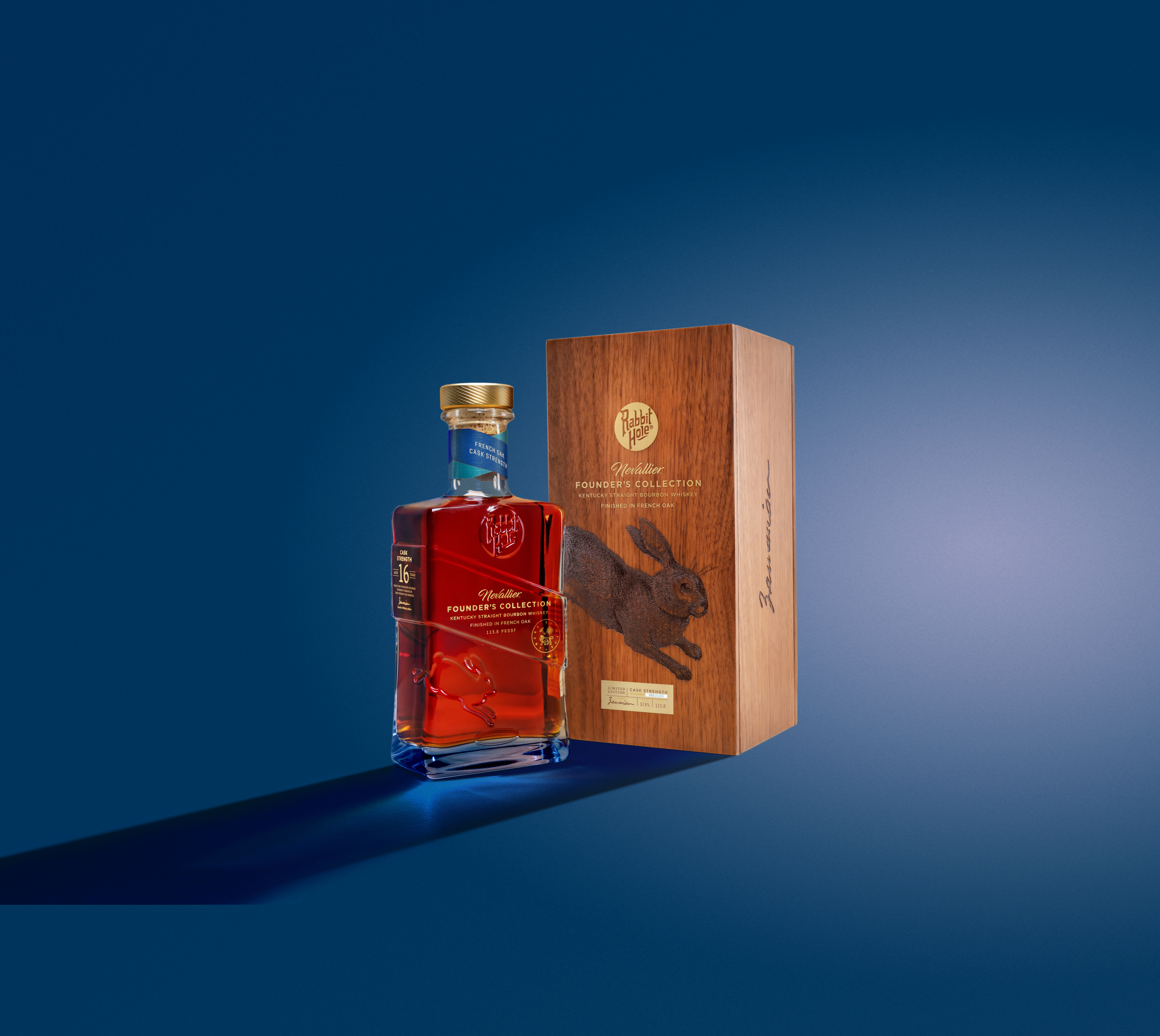 Through the creation of Nevallier, Kaveh and the team were able to explore the sensory impact of French oak maturation on Bourbon, calling upon terroir and time-honored winemaking techniques to create an expression of originality and singular taste.

The limited-edition Kentucky Straight Bourbon was aged for 16 years, representing 15 years in new charred American oak barrels and a full year of finishing in new French Oak barrels sculpted by the virtuoso artisans of Tonnellerie Leroi, one of France’s most renowned cooperages.

Nevallier began with a selection of ten, rare Kentucky Straight high rye Bourbon whiskeys chosen by Kaveh from the private collection he began curating before he founded Rabbit Hole. Kaveh cloistered the charred American oak barrels for 15 years in Kentucky.

Forest of origin played a pivotal role in the choice of oak that Kaveh selected for the barrels to be used in finishing… he ultimately selected oak from the Nevers and Allier forests of central France. There, the woods are of medium-to-tight grain and release the region’s characteristic oak flavors slowly, while imparting the soft tannic structure that discerning winemakers have long favored.

Kaveh said: “It’s not a cliché for me to say that I go down ‘rabbit holes’ to challenge what Bourbon is and what it can be. This element of exploration and a willingness to take risks is exactly what our Founder’s Collection represents. With Nevallier, I set out to explore how Bourbon could be transformed by French Oak and the result is a whiskey that is completely unique in relation to the other whiskeys I have produced. Nevallier nudges Bourbon past its traditional borders and it is my hope that this one-of-a-kind spirit expands the perception of Bourbon among those who have a deep appreciation for fine whiskey.”

Rabbit Hole Nevallier Founder’s Collection will be available in June at fine retail shops. A total of 1,155 sequentially-numbered bottles will be released for a suggested retail price of $895 per 750mL bottle.