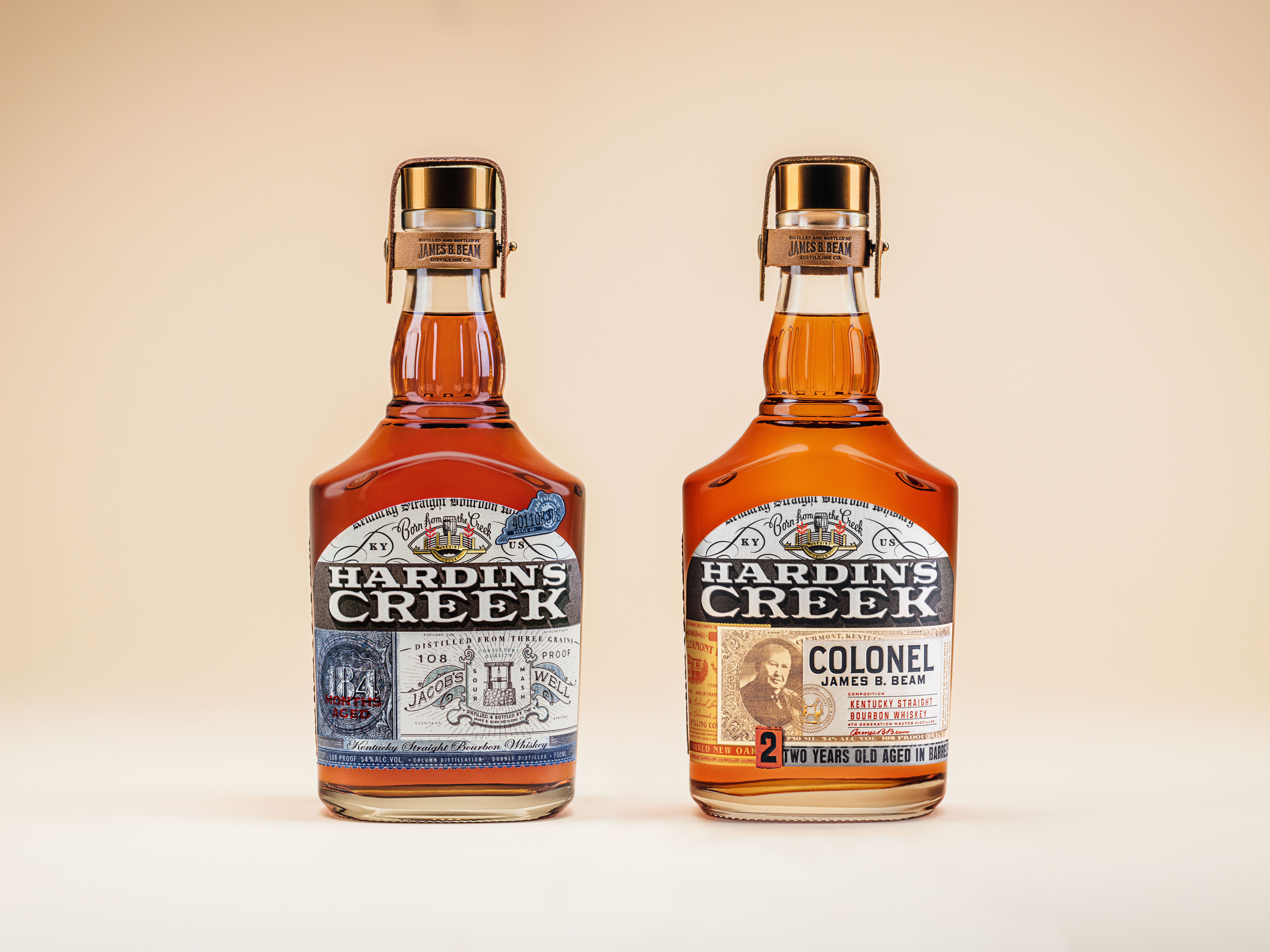 The distillery has unveiled its new series of limited-edition whiskeys, including Jacob’s Well and Colonel James B. Beam, created by newly appointed master distiller Freddie Noe

The James B. Beam Distilling Company (JBBDCo) has celebrated the launch of its new brand Hardin’s Creek, created to chart the ongoing story of the Beam family legacy.

Hardin’s Creek is an ongoing series of annual releases which will feature some of James B. Beam Distilling Co.’s most unique liquids. The sets of releases showcase the breadth of the distillery’s whiskey-making skill, including age, blending, mash bill, distillation, barrels, rackhouse locations and more.

“We couldn’t be more excited to launch Hardin’s Creek, particularly after the refresh of the James B. Beam Distillery and the opening of the Fred B. Noe Distillery. This has been a long time in the making, and I can’t wait to share it with the world,” said Freddie Noe, the newly appointed master distiller of the Fred B. Noe Distillery. “Every detail, from the blending techniques to the labels, draws inspiration from centuries of our family’s history, paying homage to our heritage while looking towards our future.”

The Fred B. Noe Distillery was named after seventh-generation Master Distiller Fred Noe, with the intent of producing new-to-world innovative products as part of the next generation of whiskey such as Little Book and Booker’s.

For real-time information about Hardin’s Creek, we encourage consumers to follow along on Instagram @HardinsCreek. Both limited-edition expressions will be available at retail and in bars and restaurants in the United States beginning July 2022.

Jacob’s Well is a blend of two ultra-aged expressions: one 16-year-old traditional Bourbon and one 15-year-old high-rye Bourbon. This edition pays tribute to the first family distiller, Jacob Beam, and the well he built in 1795. What first served as a water source would later represent a legacy built from one generation to the next as the inspiration behind this premiere, limited-edition bourbon. Freddie Noe distilled it using precious barrels laid down years ago by other hands, which he then intuitively hand-selected, blending together centuries of expertise with a vision for the future. Old whiskeys passing through new hands – on to yours.

The repeal of Prohibition ushered in a new age of opportunity and Colonel James B. Beam was quick to seize the moment. Setting out to rebuild what had been lost and build upon it further. It took just 120 days for Colonel James B. Beam, also known as Jim Beam, to get Clermont Distillery up and running again – proof that quality is not necessarily a function of time. In honor of the Colonel’s legacy, Colonel James B. Beam was crafted. The limited-edition, two-year-old whiskey achieves a depth of flavor usually reserved for more mature bourbons by taking it off the still at a lower distillation proof, imparting more flavor from the fermentation process and letting the barrel’s characteristics shine through at a younger age. In making this whiskey, Freddie Noe was inspired by the style of bourbon the Colonel was making on day 121: low distillation proof for a fuller flavor, guaranteeing the rich complexity of the young whiskey stays intact.