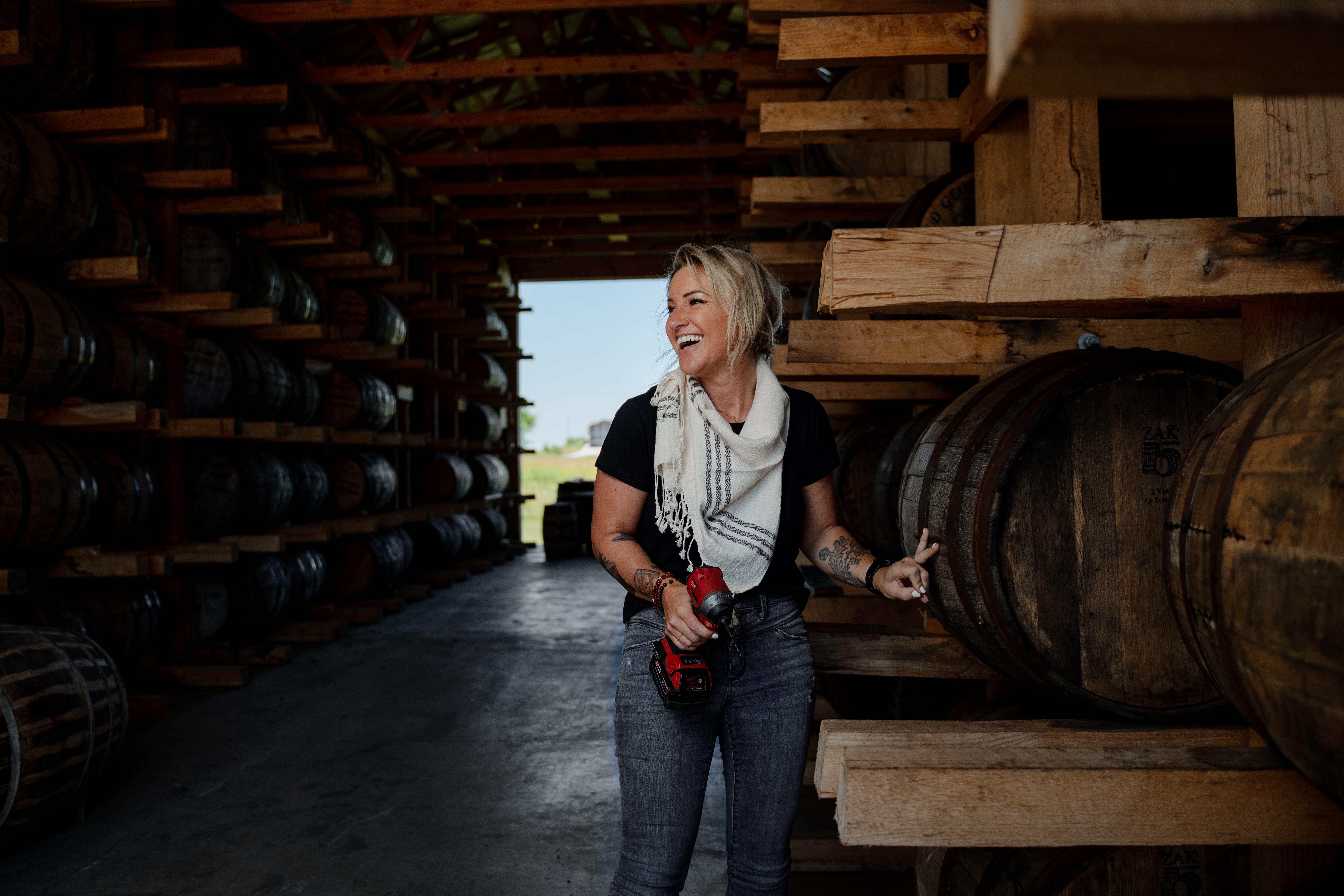 When Jackie Zykan was hired by Old Forester in 2015, she was already legendary in the bartending world for her palate after being rumored to have correctly identified several vodka samples in a blind tasting. Throughout her tenure at Old Forester she was responsible for sensory analysis of whiskey, both for standard and special releases, as well as the single barrel program. After seven years in what many would consider a dream job, Zykan announced she would be leaving Old Forester on July 1st.

“When I first went into that role, I came bearing strong on-premise experience and a really strong scientific foundation, and kind of the piece that really grew in my skills set was the marketing piece,” Zykan says. “Brown-Forman is a fantastic brand building company, and Old Forester has obviously been around forever, but it is in this completely new phase of growth now. This whole experience with the brand has really given me this understanding of where my skill set really leverages that, and that’s in the beginning, it’s in the gritty, get your hands dirty, all hands on deck portion of building a brand.”

The decision to leave Brown-Forman behind did not come easy for Zykan. She likens it to going on vacation with a boyfriend you are thinking of breaking up with. Eventually, she realized she preferred a more hands-on role, though she says she will miss all the people she has been working with on a daily basis. It took a lot of soul-searching and asking herself what she really wanted out of life to make it to her final decision.

“What is it that’s important to me?” she says she found herself asking. “Being able to be heard, being able to have a say in decisions as it comes to products and what’s going to go in them. I think from the surface a Master Taster role seems to encompass all of that, but when you have so many layers of approval and such a big ship to turn, it can be kind of frustrating when you’re a creative-minded individual. I decided to go small, to go really small. Our group is only four people. It’s two gentlemen from Colorado and myself and the Neeley Family Distillery.”

“Nate and, I first met five, six years ago, I was doing a bourbon event in Breckenridge, and I just finished up doing a tasting in this weird banquet room wherein somebody in the room asked how I got my job and a lady in the back coughed and said casting couch,” recalls Zykan. “Everyone thinks like, oh, women in whiskey, the boys are keeping you down, and it’s like, no, it’s not just the boys, trust me. It comes from everywhere. But then Nate was just this giant man who came walking up to me after the event with a bottle of Birthday Bourbon, just randomly and was like, hey, what that lady said was messed up. I don’t think that’s how it should be. If you’re not too shook, I would really like to just sit down, I got this bottle years ago and I’m just been saving it because I want to taste it with you.”

Zykan remained friends with Winegar throughout the last several years, visiting him and his wife in Colorado. On one such occasion, he confided in her that he was thinking about starting a brand with Danker. In talking with him about his plans, she began to realize that this might be something she would like to be part of and that she had the industry expertise to make it happen.

“After a while Nate said we think you would be really valuable asset to this, do you want to work together and I was like, oh crap, I mean, yeah, but I have a child to support. I’m a single mom, I just think this is scary, this is terrifying, I don’t know.”

Eventually, after some soul-searching, Zykan realized she both wanted to work in this type of position and that she had the skill set to be able to make it happen. Winegar and Dankner had already been working with Neeley to secure the barrels necessary to put out their first release, and all they needed now was Zykan to do the blending and branding.

“We’ve got this liquid, but we need to just pull it all together, and so finally, I cannot even express how happy I am about this, I’m finally in a position where I literally get an entire warehouse and someone has already put the work into making sure it was this quality as it could be, and then they just go, here, what do you want? Take it, do what you want with it. And it’s like, me? Really, me? And I questioned myself right up to that point because I haven’t had that liberty, but now because there are only four people, and I don’t even have a boss, this is very strange,” Zykan laughs.

The brand is distilled by Royce Neeley at Neeley Family Distillery and likely always will be, though this brand is separate from Neeley’s own brands.

“Royce has done a phenomenal job of laying down some really, really high-quality liquid, and when I say that, I mean some of the samples, I’ve paused myself pacing through them and texted everybody else and said, I think Jesus Christ himself made this liquid,” she laughs. “Of course, it’s great, it’s new, so there’s always a bias there, this is fun because I’ve been tasting the same stuff for seven years now. I’m not naive to that fact, but when it comes to actually analyzing it for quality and structure and balance, I couldn’t not be involved with it, there’s no way.”

The new brand’s name is Hidden Barn. The concept pays tribute to the black barns that dot the countryside in Kentucky. As moonshining lore has it, distillers would paint their barns black to hide the baudoinia fungi that grow where ethanol is in the air, and neighbors would also paint their barns black to obscure which barns were the site of a distillery. Despite the moniker that harkens to an obscured truth, though, Zykan makes it clear that this brand will be fully transparent.

“t’s a fully transparent brand entirely,” Zykan says. “This is what full brand transparency is, and I want to be a part of that. It’s not to say history isn’t important, but I think history is only such a small piece of this brand in particular because we have to acknowledge the 11 generations that Royce Neeley is coming from with distillation. He’s an amazing human. He wanted to do things the right way, he wanted to be a legitimate distiller, there’s a lot of romance and nuance to the moonshining industry, there’s a lot of novelty for that, but he’s like, no, I can do this and I’m going to do it the right way. And we’re gonna make shit happen.”

Learn more about Hidden Barn at hiddenbarnwhiskey.com. Bottles will be available for purchase later this month.