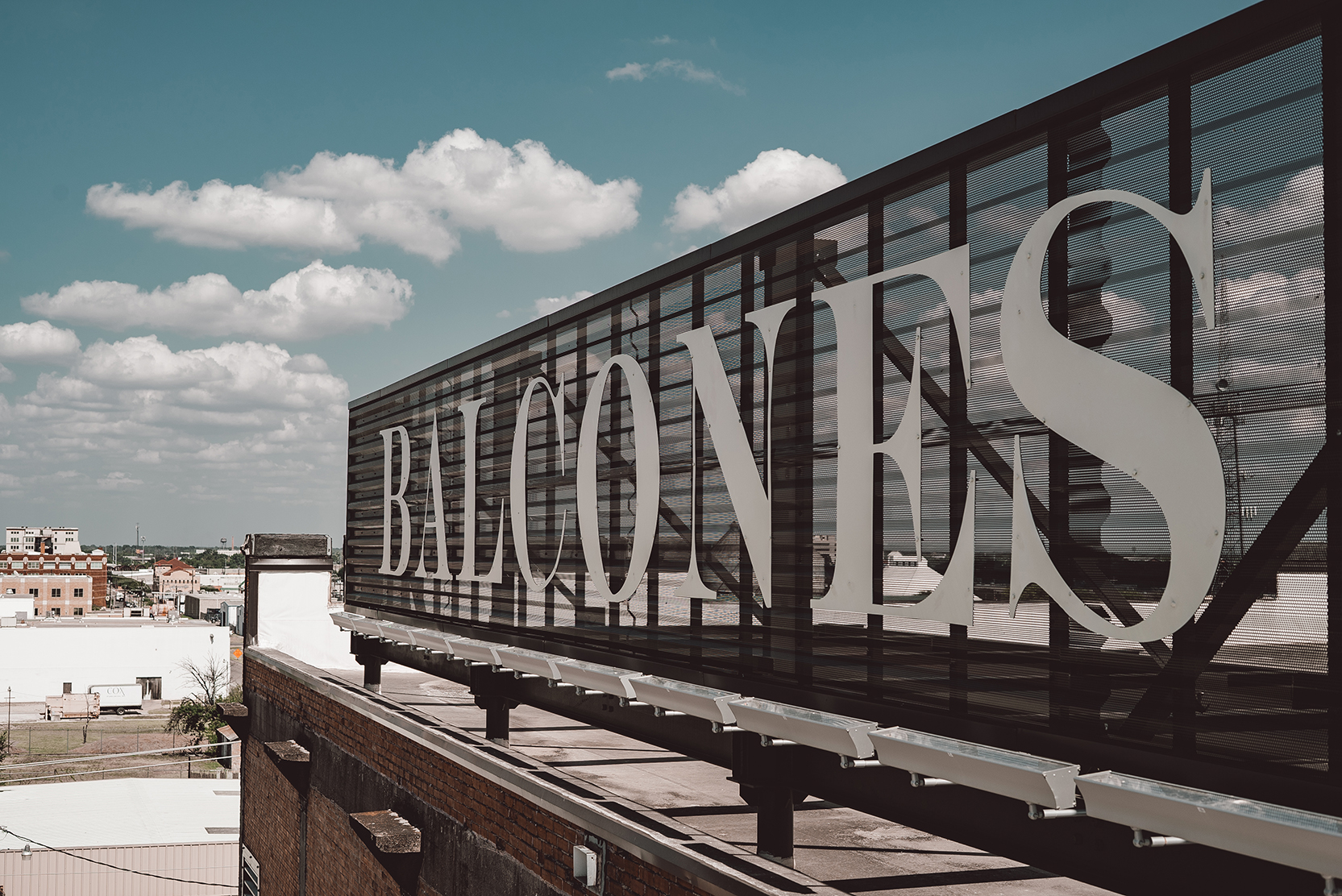 Exploring the weird and wonderful world of barrels with Balcones

Oh that’s a story,” said Gabe RiCharde, spirits manager at Balcones Distilling, when asked about the first barrels the distillery filled. Long story short, they found out their cooper was buying barrels from Mexico, and they went directly to the source for five-gallon barrels.

“They were taking full-sized barrels, shaving down the toast and char layer and making a new barrel, but what we realized was that this oak was really, really old. We were getting barrels that were made to age Kentucky Bourbon, then travelled to Mexico to age Tequila, then were used again to age Mexican brandy. Then, those barrels were stripped and made into a new barrel. Basically, the wood was seasoned as hell.”

It’s no wonder that Baby Blue, the original Texas whiskey, initially had a bit of a Tequila vibe to it. And since Balcones has always been a single malt distillery that dabbled a bit in corn and rye, the whiskey itself was an experiment, due to a damaged mash tun which wasn’t quite ready to deal with barley.

Jared Himstedt, head distiller and one of the founders of Balcones, said, “It started as more of a hypothesis than anything. Most classic American whiskey styles are so wood forward… You can hear Jimmy Russell or Jim Rutledge talk and they’re going to say somewhere between 60 to 80 per cent of the final whiskey is wood contributions. So, we wanted to see what would happen if we treated our corn distillate with more of a Speyside-style approach.”

The distillery expanded years ago, into the 65,000 sqft historic Texas Fireproof Storage building in downtown Waco, which is now home to upwards of 2,000 barrels, as well as a rickhouse outside of town, which is home to more than 11,000 barrels. Himstedt said, “We’ve always had to treat Texas like an equation to be solved.”

The team realized that they needed to get out of the smaller casks, but more importantly, when they started looking for options, ultimately settling on Independent Stave, they also realized they were going to have to order off the other menu.

“The wine catalogue had all these time and temperature charts and different toast options. This one is going to accentuate spice on the palate but won’t bleed through to the finish, this one adds mouthfeel, this one highlights chocolate and toasted bread notes, and they have hundreds of these,” said Himstedt. The Independent Stave wine barrels that Balcones currently uses are more expensive, but it saw an incredible value in what these barrels and these toasts could bring to its whiskey.

The concept of barrel toasting has been around for decades, but only recently has the American whiskey industry begun to experiment with this level of specificity…

Balcones stopped filling five-gallon barrels in 2016, which is the same year Independent Stave began construction on its research center, easily making it the most innovative American cooperage. In the announcement press release, Andrew Wiehebrink, Independent Stave Company’s director of spirit research and innovation, said, “We are looking at all the elements to build a barrel – oak species, wood age, barrel shape and size, how we engineer the barrels, all the materials used – to optimize the barrels we craft. We encourage distillers to bring us their ideas and challenges. We know how to transform ideas into reality, with sensory and science-backed results.”

Maybe it wasn’t specifically Balcones’s curiosity and questions that led to the creation of the research center, but it certainly provided some gas for the fire.

The concept of barrel toasting has been around for decades, but only recently has the American whiskey industry begun to experiment with this level of specificity in barrels. Michter’s launched its US*1 Toasted Barrel Bourbon in 2014, and Heaven Hill, Brown-Forman and others have followed suit since. Balcones, on the other hand, is not releasing an occasional one-off whiskey finished in a toasted barrel. The team saw this as a tool to help find their answer to the Texas equation.

RiCharde is truly one of the most knowledgeable people in the industry on this subject. He explained toasting as controlled decomposition. “With toasting, they’re degrading the barrel and that frees up certain things, just like in cooking. The longer and hotter toasts will degrade more lignin and you’ll get more volatile phenols. So, you will get the deep toasty notes, but if you push it a little harder, you get more mocha, and then you push harder to get smoke and lipid degradation, which frees up compounds like synaptic acids that create spicy flavors like cinnamon,” he explained. “The process can be a bit overwhelming, but anyone should be able to see the value in being this particular with barrels. If we start by wanting a sweet toast, we’re starting with a buttery sugar like a cream soda, but you can take it up a degree and get a little more toffee in there. And if you take it just a little bit further, you get your caramel or burnt sugar.”

The key to utilizing toast and char is also the amount of penetration the distillate is going to have into the actual barrel. In order to have the highest impacts and to best utilize the extractives, Balcones is also experimenting with the level of coarseness within the staves. When a tree photosynthesizes, it builds out its structure, but when the tree doesn’t receive as much sun, it begins to lay down channels to transport water within the tree, so that it’s prepared the next time it’s able to lay down additional structure. This creates a situation where the level of coarseness of the barrel will have a direct impact on the amount of extractives that are going to be drawn and the rate at which this will occur. These are the types of decision that will directly impact the amount of time the whiskey is going to be able to stay inside the barrel. These options are contained in a single elemental spectrum to be considered when choosing a set of barrels.

Traditional Bourbon producers have never truly leaned into the concept of toasting, partly because the traditional Kentucky Bourbon barrels were never designed for it. “Kentucky Bourbon makers have been incredibly smart about how they designed their barrels,” RiCharde said. “By only aging their staves for six months, because when you use a quick and heavy char, you free up certain compounds and wood sugars and you’re using a more coarse barrel and not doing a long toasting process, you’re not going to free up flavors that you don’t want. It’s brilliant, frankly.” Kentucky has tailored its industry to the exact specifications that work to make Bourbon in the climate.

Another benefit of working out of the wine catalogue was the ability to season staves for three years, instead of the standard two. The initial five-gallon barrels taught Balcones to value seasoned, older wood and thus the wood for its barrels is left in the elements for 50 per cent longer than most. In addition, one of the biggest hurdles to tackle in Texas is the climate.

When Balcones transitioned to 59-gallon and 225-liter barrels, they noticed that maturation, in a sense, slowed. By reducing the surface contact area, the rate at which the spirit interacted with the barrel was reduced and the spirit had more time to oxidize before becoming overly tannic. To test this hypothesis, Balcones now has 56 500-liter barrels in its warehouse. Himstedt said, “We wanted to see if, between entry proof and barrel size, we could get a whiskey to go eight to 10 to 12 years that’s still delicate, but also more mature.” Since the distillery was already ordering from the wine side of the cooperage, large-format casks seemed like a logical step.

One final difference in the Balcones barrel came from a presentation they saw given by the Independent Stave Research Center. “They were doing a presentation on the atmospheric interaction through a barrel, and they discovered that the majority was happening in between staves and not through the wood,” said Himstedt. Immediately, Balcones asked if it would be possible to use smaller staves in order to have additional seams to accelerate this interaction. Independent Stave happily obliged.

With any new industry, full potential can only be fulfilled through experimentation. Balcones, itself, is a culmination of more than 15 years of observation, reflection, and experimentation. Its barrels are typically 59 gallons (though 225-liter, 240-liter and even 500-liter have been known to make appearances) made of smaller than normal staves that have been seasoned for a minimum of 36 months, that are toasted to infinitesimal levels to create unparalleled profile combinations that have been tested and retested for years. These barrels are a beautiful metaphor for the meticulousness of Balcones’s process and they truly represent the amount of effort and thoughtfulness that goes into every part of its whiskey.