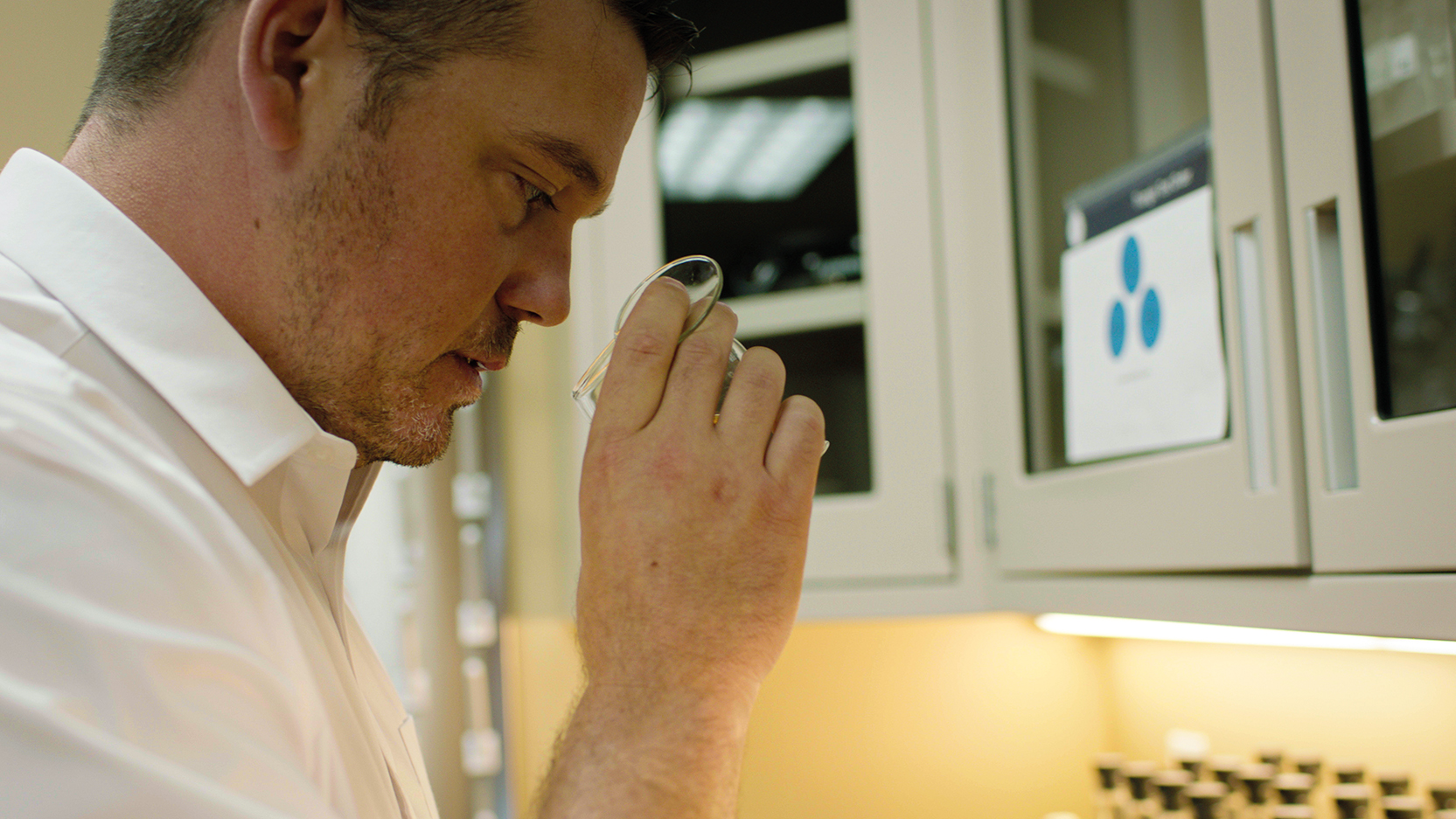 There has been a proliferation of barrel finishes and stave finishes in the last five years. Oftentimes it comes from newer brands trying to stand apart from the crowd with new and innovative flavor profiles, but even the heritage distillers are getting in on the action. While these envelope-pushing flavor profiles seemed to pop up overnight, they were the result of decades of research. For Andrew Wiehebrink at Independent Stave Company (ISC), this research is his daily life.

“[Independent Stave Company] has been doing this research for probably about 20 years,” explains Wiehebrink. “They had concentrated on just the regular charred barrels, which they had down pat, and I’ve been doing this specific research almost non-stop for about six years now.”

The research Wiehebrink is referring to delves into not only different toast and char levels, but also different methods of cooking the wood, different wood species, and the differences between barrel finishing and in-barrel stave finishing, the latter of which was almost unheard of just a few years ago.

One of the most notable brands Wiehebrink works with is Maker’s Mark. Through his research at ISC, he helped Maker’s Mark’s master of maturation and director of innovation Jane Bowie to develop the Private Select program, in which bars
and retail outlets can choose 10 staves to finish their Maker’s Mark in for a total of 1,001 combinations.

“[At] just Maker’s Mark alone, I’ve been experimenting with Jane Bowie over there for the last five-and-a-half years almost non-stop. We’ve tried hundreds of different toast profiles and wood species in these tank staves – there’s all kinds of possibilities.”

When Wiehebrink started, ISC had a catalogue with at least 150 different barrel profiles. They worked to pare down the standard offerings in barrels and added research into tank staves, though they still do custom barrels for customers. All of this research is done by creating a barrel or a stave and having it filled with whiskey, then pulling samples yearly for analysis. ISC has a library of thousands of whiskey samples, so a customer can go in and see what different chars, toasts, and woods do to a whiskey.

“I think even a lot of distilleries are unaware that the ISC research department exists,” Wiehebrink says. “We’ve got upwards of 3,000 to 4,000 barrels out there, probably more experimental barrels than any distillery. With all these different parameters for making a barrel, we usually have that in an experiment up to at least four years old.”

Not only do heritage distilleries, such as Maker’s Mark, benefit from this research, but newer craft distilleries can also use ISC’s research to find their sweet spot.

“I would say 65 per cent or 70 per cent of the time, somebody wants a sweeter toast profile or a sweeter finish or something like that, so usually you’re kind of bounced around between brown sugar, caramel, vanilla, and cream soda,” says Wiehebrink. “The balance of that is spice or smoke. You do get some requests in there for some very strange things, such as nutty, phenolic, or chocolate. Some of those aren’t as easy to do as the other ones, because the other ones come directly from the by-product of cellulose degradation. My favorite stave is the ‘pure 2 high vanilla’. I like to explore the possibilities in the sweet realm, and there are a lot of options. You can get vanilla, vanilla wafer, cream soda, marshmallows, butterscotch, maple syrup, honey, that sort of thing.”

Toasted barrels are a great finishing tool for many distilleries and have become ubiquitous in recent years, but there are also options for different wood species and treatments.

“Last year, we took a deep dive into alternative wood species, so we looked at things like English brown oak, ebony wood, Purpleheart, woods from essentially all over the world, and that was really kind of a fascinating glimpse into what else is out there as far as different flavors, because they don’t yield the traditional flavors like oak’s sweet, spice, nutty, and smoke. They can really yield some wild flavors.”

Learning how char levels affected the final product was eye opening for Wiehebrink.

“When we first started doing our research into char levels, I found it fascinating that with char 1 barrels, the lower the char, the more flavor extraction and the more color you’re going to get. That seems to always blow people’s minds, and it was definitely surprising to me after we did our first experiment on that.”

Getting distillers to understand this point wasn’t easy; nor was getting them to buy into the idea that in-barrel staves would yield a desirable end product.

“Largely, I think it was a thing that you had to convince brands about,” Wiehebrink recalls. “The craft movement had been going on well before I started at ISC. And I think they fuel a lot of this innovation just because they need something other than a char 4 barrel to stand out. Maybe they want to get something out to market a little quicker, so they are always eager to try new things. As far as the heritage companies go, they’ve been using the char 3, [or] char 4 barrels for quite some time, and even some of the newer craft distilleries, they just kind of grew up going into this business knowing char 3 and char 4 barrels were the thing. A lot of people didn’t even know there were other options that existed beyond that. They didn’t know about seasoning, toast levels, that kind of thing. It was convincing people that it’s okay to try out these barrels, trying to convince somebody that the char 1 barrel has more flavor and more color, and it’s probably going to give you a higher quality product in the first few years. I think that’s hard to convince somebody, especially if they’ve been using char 4 for [around] 50 years.”

Today, Wiehebrink works with distilleries across the United States and beyond, helping them to create flavor profiles they never thought possible while also helping smaller, newer distilleries bring quality products to market faster.

“We work with most of the major distilleries: Heaven Hill, Jim Beam, Maker’s Mark, and a lot of different craft distilleries,” he goes on to explain. “We work with specialized products or we help them with their maturation program and just getting started, not just from a flavor standpoint, but also from a release standpoint. Say it’s a craft distillery and they just turned the lights on, [and] we need to get something out within two to three years as opposed to four to five. We do a lot of studying and development of that flavor profile within that two to four-year-old segment to make it a little bit better than traditional char 3 or char 4 barrels could do alone.”

Buzzard’s Roost is another brand that utilizes specially designed barrels from ISC in its process, which it worked closely with Wiehebrink to develop. After purchasing whiskey, Buzzard’s Roost will rebarrel the whiskey into a totally new proprietary barrel from ISC and allow it to continue its aging process until it is deemed ready to bottle.

In many instances, a bottle of whiskey that has been rested in a toasted barrel or has had some sort of stave finish has benefitted from the research that Andrew Wiehebrink and the team at Independent Stave Company had been doing for decades. Tours are available at the Kentucky Cooperage in Lebanon, Kentucky, right around the corner from Maker’s Mark in Loretto, where much of this research takes place. Visit kentuckycooperagetours.com to discover more information on the subject.