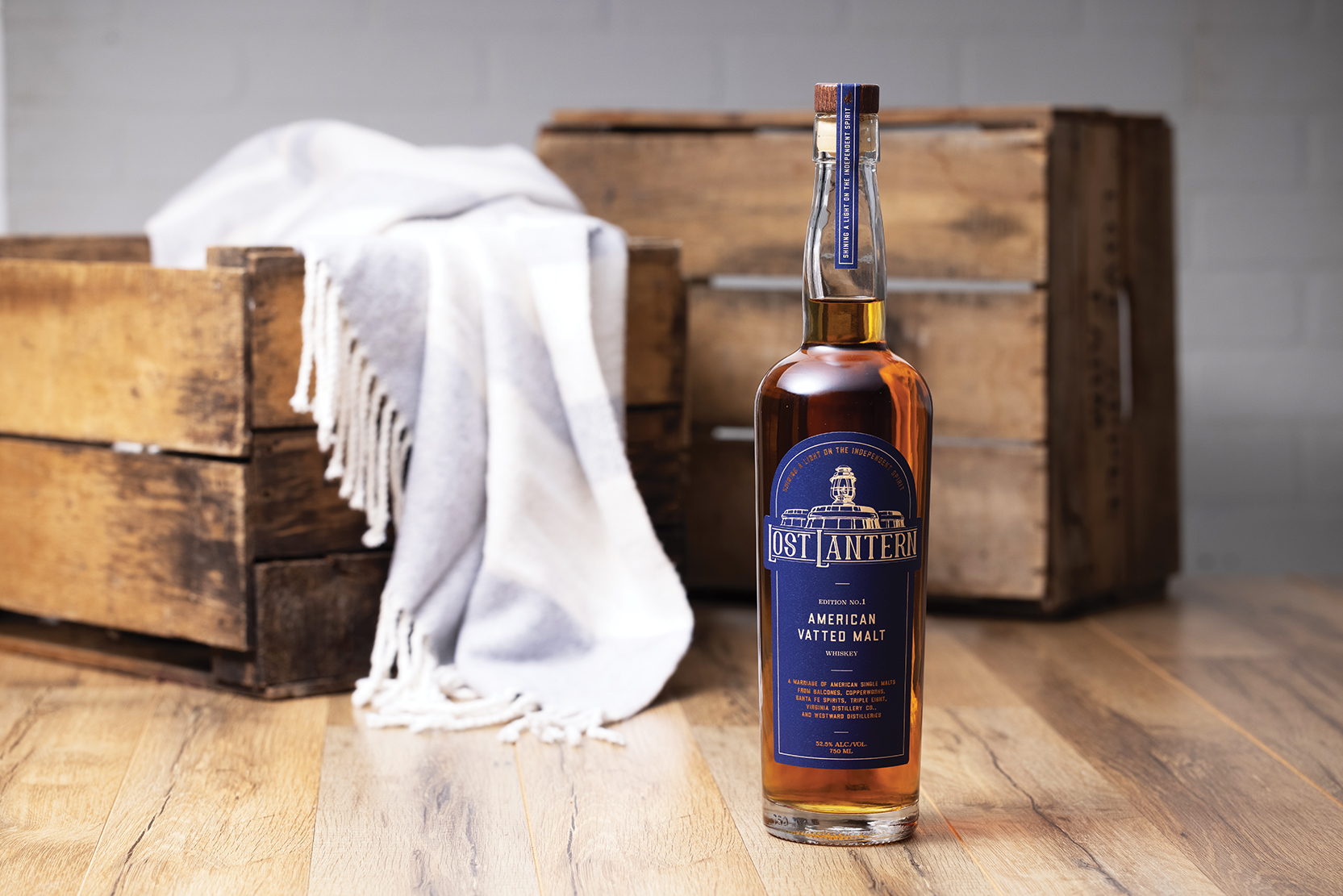 The concept of independent bottling is one that can often cause a slightly quizzical look to fall across the faces of those learning about it – I can say this with confidence, as I was one such person back in the day.

Simply put, the bottler in question hand selects casks from distilleries far and wide, then bottles them under its own name and tells their story. Lost Lantern is one such independent bottler that is shining a light on the way we think about this section of the whiskey world.

By hunting down whiskeys that lovers of the spirit are yet to discover, the founders are telling a story through flavor. But who are these adventurous folk? They are two people who created something wonderful that they wished already existed.

The masterminds behind Lost Lantern are Nora Ganley-Roper, who gained industry experience during her time as a sales manager for Astor Wines & Spirits (one of the country’s top spirits retailers), and Adam Polonski, who was senior whisky specialist at Whisky Advocate and senior editor for Market Watch.

Both were huge fans of independent bottlers in Scotland and were excited by the idea of exploring the possibilities of the model in the American whiskey world.

Adam explains, “Even in our industry roles, it was impossible to discover all the cool distilleries that were popping up all over the country. Having an independent bottler, who is sifting through all of what is out there and sharing what is most exciting and delicious, seemed like a no-brainer! But it took us a while to go from ‘we think there should be an American independent bottler’ to realizing that we were the only ones to make it happen.”

As we all know well, the process of creating a fully formed idea is never simple. At the time the penny dropped, Adam was writing two stories – one about independent bottlers in Scotland and another about the emergence of new distilleries across the US. There, he mulled over the concept of an independent bottler that focused solely on American whiskey. When he mentioned this to Nora, who was working at Astor Wine & Spirits at the time, she agreed it could be invaluable to the American whiskey ecosystem.

It took a few years, but this initial conversation morphed into what we now know as Lost Lantern.

Now that Adam and Nora have well and truly established themselves as independent bottlers, they are purchasing casks of whiskey from distilleries all over the United States. From there, they bottle and/or blend the selected casks in order to produce their line of single casks and blends. There really are no secrets here, as Adam outlines, “All of this is done with full transparency on the underlying whiskey, including the distillery, and every step in the process from start to finish.”

This process could be easily confused with contract distilling processes, where companies buy whiskey from distilleries to be used in their own brands. It’s easy to see how this happens; as always in whiskey, there’s a fine line between the definitions of one bottle and the next.

“For us, being an independent bottler means that where our whiskey comes from is a key part of what we talk about,” adds Adam. “We don’t ever want anyone to think we made our whiskey – in fact, we want them to know exactly who did make it, and what makes those places special and unique.”

This is a defining factor of Lost Lantern: the passion to champion distilleries that otherwise may have been missed due to location or any number of factors that impact visibility in whiskey.

Taking the time to look for distilleries that have a unique point of view, while creating whiskeys with a real sense of place, is something that the team particularly look out for. “We want to release whiskeys that reflect where they’re made, how they’re made, and who made them,” explains Adam. “The whiskey has to be good, obviously, but it also has to be interesting and distinctive in some way. This means we do a ton of research before we work with anyone.

“Most importantly, we visit every single distillery that we work with in person, and our selection process starts there.”

Research is key at Lost Lantern, and understanding as much as possible about the distillery is of paramount importance to the team. From their whiskey-making philosophy, to the unique aspects of their processes, it all matters.

“It’s also really important that we feel a connection to the people making the whiskey,” affirms Adam. “We look at these relationships as long-term partnerships, so we want to make sure there’s an alignment between our teams as well.”

Once Adam and Nora have visited the selected distillery and both parties have agreed that the prospect of this partnership makes sense, the distillery will then ship samples of whiskeys it would be willing to sell. “We generally don’t have a specific whiskey style in mind and always ask distillers to send us things that they love and that we wouldn’t think to ask them for,” explains Adam.

From there, the whiskeys are put through a series of tasting flights, and in order for a cask to be purchased, both Nora and Adam have to say a resounding yes to the liquid – therefore it can often take a while. Adam continues, “… by the time a whiskey makes it through this whole process, we know we have something special and exciting to share with whiskey lovers.”

When it comes to the whiskeys coming out of Lost Lantern, each seasonal release brings with it something new and enticing to get your teeth into. Of course, like children, you aren’t supposed to have favorites, but Nora does share the project she has found most interesting so far.

“I would have to say our American Vatted Malt,” she explains. “It’s the only blend we’ve brought to market so far and we think it provides something truly unique.

Looking to the future of this relatively young brand, you can stay tuned for more single-cask expressions, while fans can also expect something special for the Lost Lantern Summer Collection, which is being released in early June.

“This time we’re exploring the full range of the distilleries we work with and what we, as an independent bottler, add to this conversation,” says Adam. “So, we’re releasing our second cask selections from five distilleries we’ve worked with before (McCarthy’s in Oregon, Frey Ranch in Nevada, Starlight in Indiana, Balcones in Texas, and St. George in California), as well as our first two casks from Dad’s Hat in Pennsylvania.

We hope this collection will lead to many great conversations over delicious drams of whiskey.”