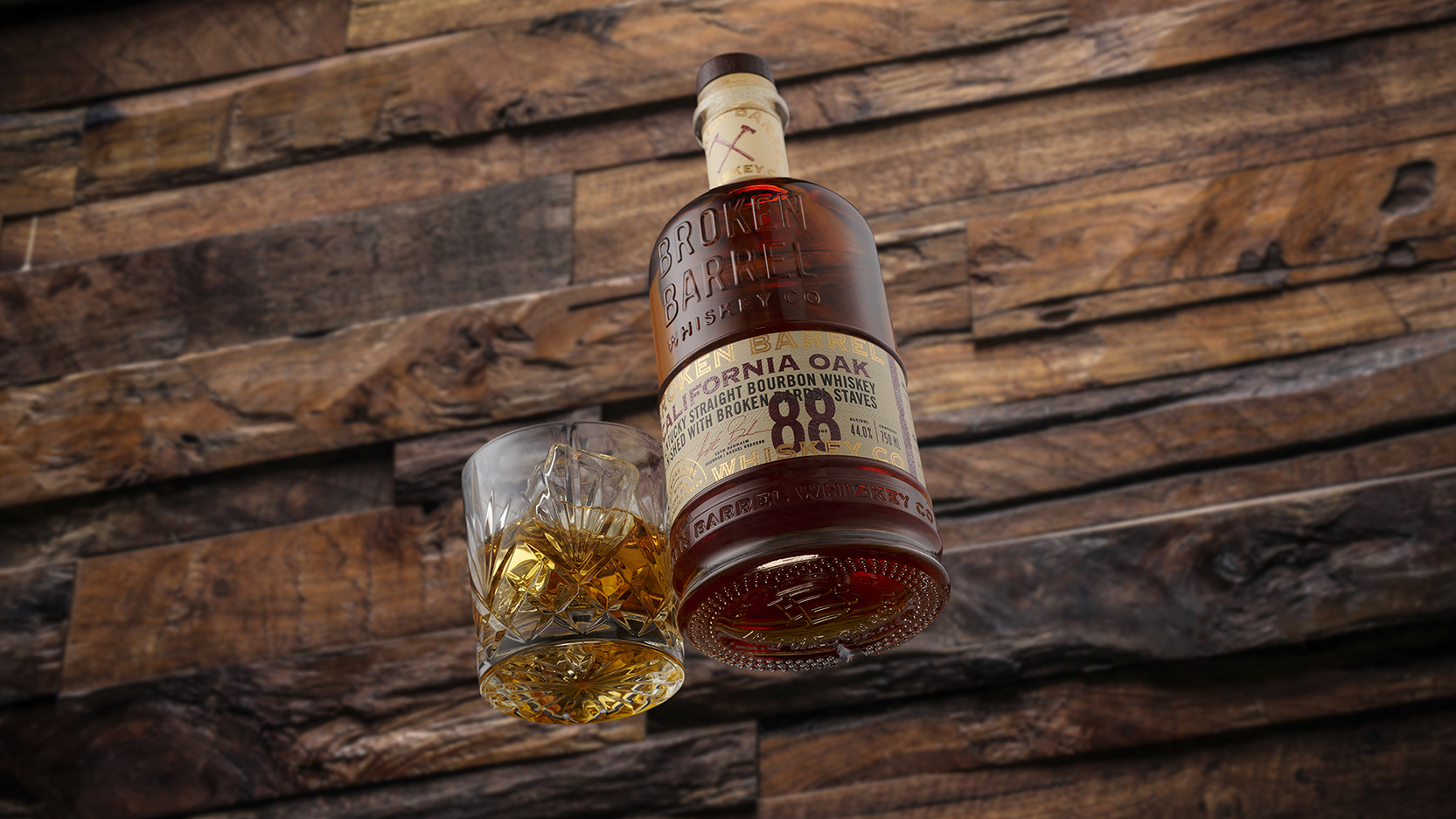 Stave finishing is typically a process in which pieces of wood are submerged into a mature whiskey with the intention of imparting a specific flavor profile. The staves are generally first-use, but Broken Barrel has taken its own experience as vodka infusers and turned both new and second-use barrels into ingredients for infusing whiskeys.

“When I started, I had no concept of finished whiskeys and I wasn’t really paying nearly as much attention to what was going on around me as I was to what I was already doing on the vodka side,” says Broken Barrel founder and CEO Seth Benhaim.

Benhaim’s vodka company, Infuse Spirits, had been creating vodkas infused with high-quality ingredients rather than artificial flavorings, a category that wasn’t immediately recognized as a separate category at spirits competitions. When he decided to start infusing whiskeys, too, a spur-of-the-moment decision at a photo shoot forever changed the direction Broken Barrel would go.

While the typical stave that goes into a barrel of whiskey hasn’t been obliterated by an awl, sledgehammer, or pickaxe, those tools are still often used at Broken Barrel to break apart barrels, particularly for single barrels created at its California location rather than at the Green River Distillery in Owensboro, Kentucky, where the majority of Broken Barrel Whiskeys are made. Unlike other products that use dismantled barrels, Broken Barrel is allowing a natural maturation process to take place, as opposed to cooking or pressure-cooking the whiskey.

“We put in full staves,” explains Benhaim. “We break the barrel heads in, then we turn the barrel sideways. We do smash a few staves in half, but we generally throw full staves in because the broken staves that are in half are not exact, and we try to go as exact as we can by using full staves as our unit of measure when we’re doing our Oak Bills.”

The Oak Bills, Benhaim explains, are the “finishing recipe” that gets printed right on the side of the bottle, alongside the mash bill. So, instead of having a bottle that says it was finished in one kind of cask, then another, then another, with no clear information about how long, what season, etc., Broken Barrel creates a recipe for the staves that will all be suspended in the maturing whiskey before bottling.

“What I like about our product is that we can say it’s an equal amount of time, all the different barrel types, as each other,” explains Benhaim. “The tandem part is really important versus barrel A to barrel B to barrel C, and how long in each. What was the weather like? Where was it? That kind of stuff.”

“We wanted to explain our process in a way that was digestible and understandable,” Benhaim continues, explaining that Broken Barrel has trademarked the term ‘Oak Bill’. “We really wanted to have that transparency and that term, and we said Oak Bill, that’s our thing. I’d rather work in a cubicle than put out more of the same, so we like the idea that we’re doing something new and unique and bringing something to a category that just wasn’t already there.”

The used barrels do get cleaned on the outside before going into a barrel of whiskey but are otherwise used and have been exposed to liquid on the inside.

“We’ve used Mizunara, we’ve used Islay Scotch, we’ve used Amontillado sherry from Spain, we’ve used port from Portugal. I’ve got Mexican wine barrels here that are going to come out, honey barrels, maple barrels, all of that,” Benhaim says. “We have different offerings that I’ve done, Suaturnes, peach brandy, so we’ve done a lot of crazy and cool finishes, but none of those really sat too much on their own, with the exception of Mizanura, the first time we did it. The second time we did it, we did it with maple barrels. The second time we did Scotch barrels, we did it with sherry barrels, and so we’re about combining and balancing and creating layers to the whiskey. You’re not just getting a finish – you’re getting a recipe.”

There is one type of barrel that is new when it gets broken apart and placed in an Oak Bill, and it is used in the core line-up.

Benhaim explains, “Our core line-up consists of three barrel types. It’s three of the four whiskeys we have use the ex-Bourbon barrels, which are the Bourbon barrels we empty and use from Kentucky, from Owensboro. Then we have the French oak barrels, which are a medium toast. Those are new French oak barrels, not used barrels – they’ve never had anything else in them like wine or brandy.

“And then we have the sherry casks, which at the beginning was Oloroso. But we actually…felt the flavor was better for this particular recipe to get domestic sherry. We actually have American sherry casks that we find and use for the core line-up. It reduces the lead time and gives us just purer and fresher and more vivacious and flavorful barrels versus stuff that takes a month or more with shipping. I’ve seen stuff land at port and not get out for eight weeks, so you can lose a lot, and we couldn’t have that affecting our quality control. For a product that is an everyday product, that has to be available, it’s not a limited edition of any kind, so we just felt like the transition to American sherry was going to allow us to have that consistency. We’re getting all these great awards, so it certainly is working.”

A maul appears on the label with a pickaxe. The former is actually used to break barrels apart, oftentimes with the help of a crowbar or hoop driver. But the latter has a special significance to Benhaim.

Broken Barrel is based in LA, but has a contract with Green River Distilling to produce, mature, finish and bottle the majority of its products. Broken Barrel whiskeys can be found online, as well as in retail shops in 33 states within
the US. Visitors can enjoy the Broken Barrel Stave House & Bottle Shop at 2332 East 8th St., Los Angeles, CA, Monday thru Friday from 12-5pm. Virtual group tastings are also available. For more information on Broken Barrel whiskeys or the tasting room, visit brokenbarrelwhiskey.com.