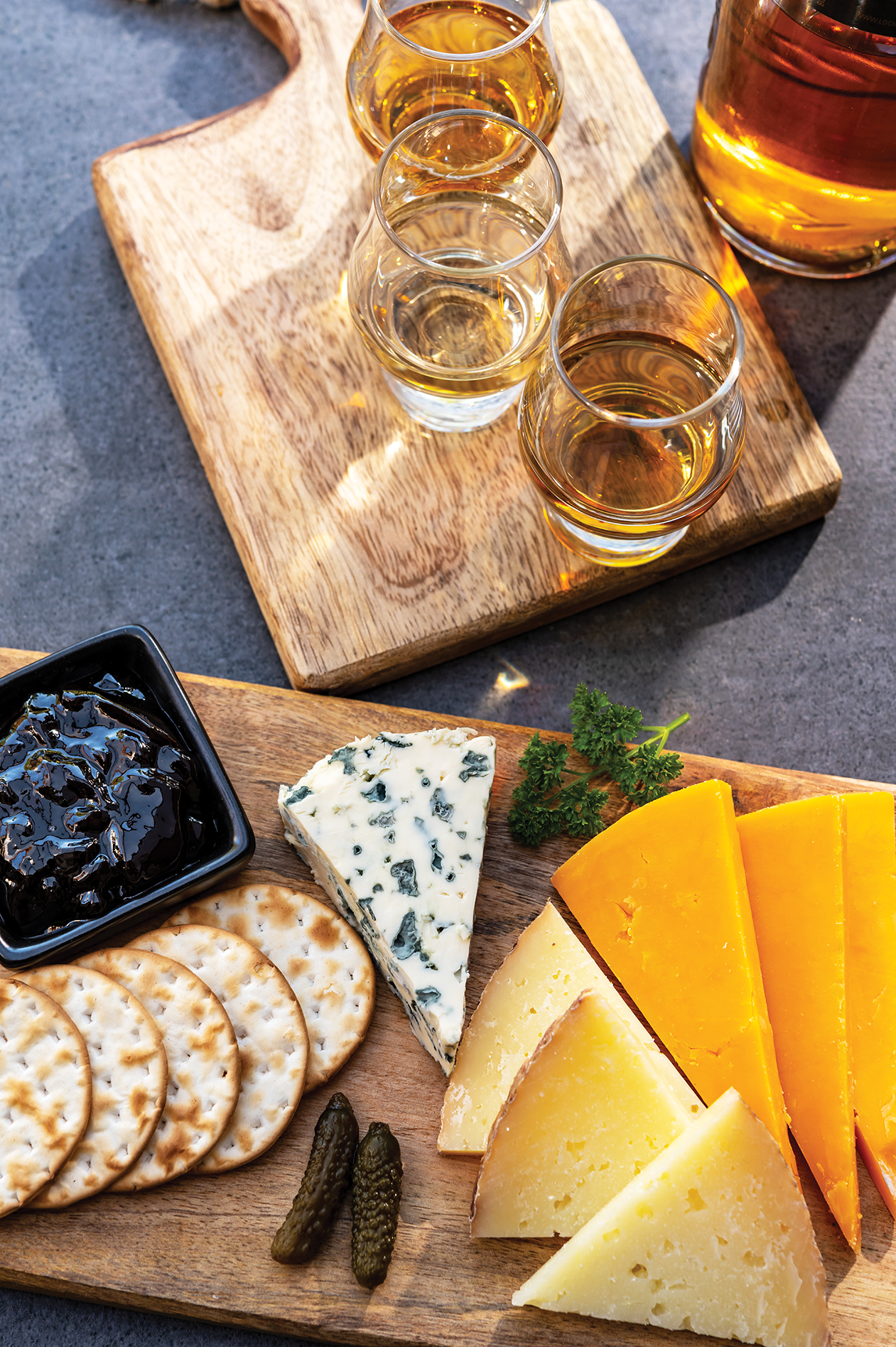 Sweet dreams are made of cheese… and whiskey

In a new feature to American Whiskey Magazine, Louisville’s ‘Cheese Dude’ Will Eaves is providing his top four whiskey and cheese pairings of the moment for you to try at home.

— If you’ve always wanted to host a gathering with a show-stopping set of whiskey and cheese pairings for your guests to enjoy, or perhaps simply wanted to treat yourself to it, this is the feature for you to study.

— As for your ‘cheese spirit guide’ Will, he first unlocked his love of all things cheese when he began working at a Louisville deli named Lotsa Pasta that contained a plethora of cheeses. Since that point he has spent time delving into the widely varied world of cheese, learning about the history behind each of the different styles and types and how to best work with them.

— After a move to live and work on a cheese farm three hours outside of Louisville, Will discovered the many ways in which cheese and whiskey are alike. It is now that he is utilizing his experiences to assist others in discovering the ultimate whiskey and cheese partnerships for a tasting extravaganza.

Pairing Notes: The cheese is firm and crumbly, then melts on your palate. When paired with the Bourbon, they blend into one another and make a rich candy apple aroma on the finish.

Pairing Notes: Templeton Rye 4 Years Old already has a banana nose, but after a piece of the White Stilton on your palate, the aroma explodes into a huge banana-cotton candy. When you sip, the spice of the rye and ginger complement one another while the creamy coating of cheese in your mouth mellows everybody out.

Characteristics: Pungent and rich with complex grass crossed with a forest funk.

Pairing Notes: Aged Brick has an active, potent rind. Leave this on, not just for texture but to experience the full complexity of a washed rind cheese. The Five Brothers’ vanilla notes temper the funk with sweetness and bring out new cherry notes to the finish.

Pairing Notes: Point Reyes looks mild, but hits with a sharpness and black pepper finish that will surprise you. The Redemption rises to the challenge, though. Its spice notes accent the pepper and the fruity aroma is reminiscent of peaches with ripened cream.