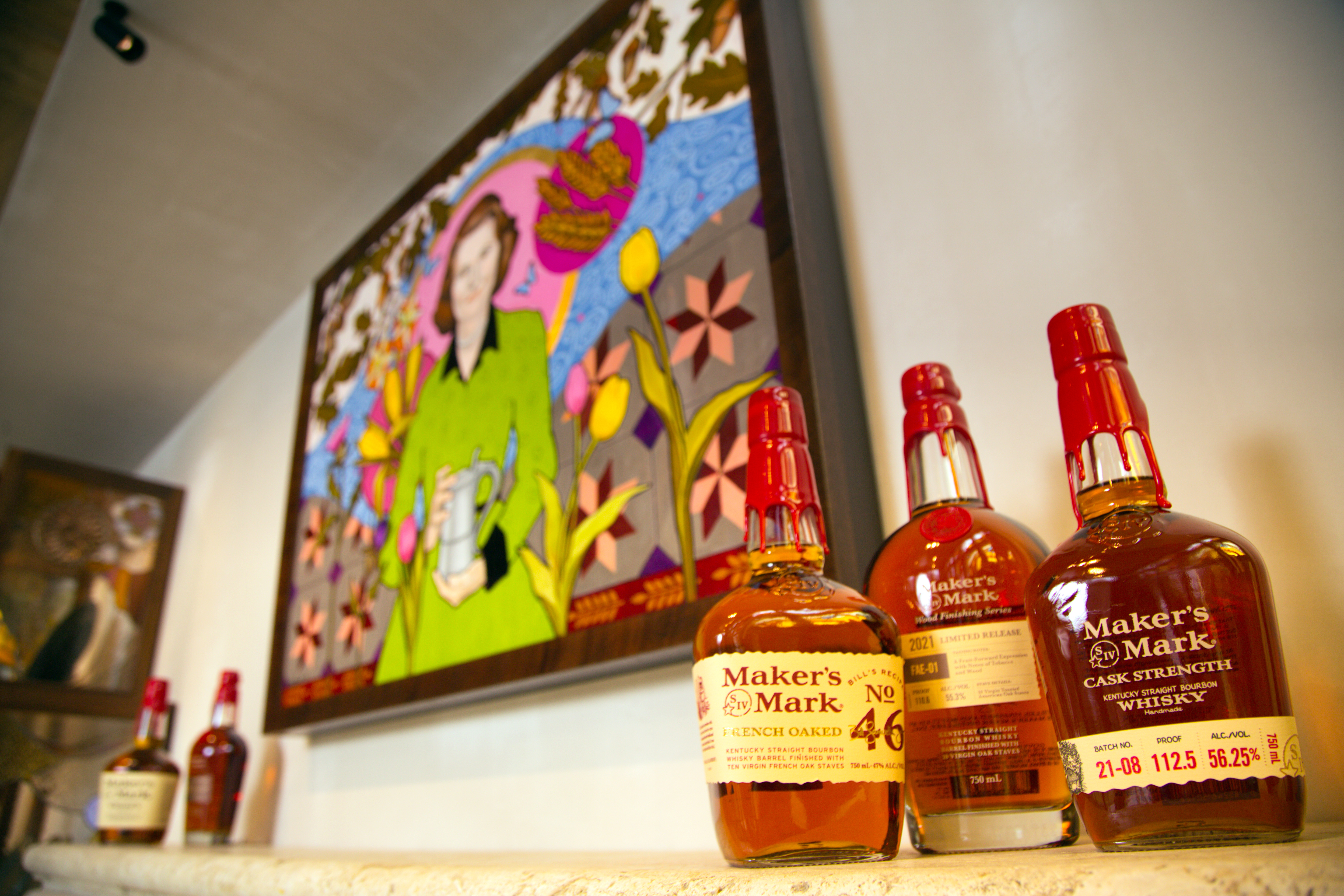 Maker’s Mark has opened a special permanent vestibule at the distillery in Loretto, Kentucky, honoring its co-founder Marjorie Samuels.

The exhibit has been built to showcase Margie’s influence on Maker’s Mark; The Margie Vestibule showcases the brand’s heritage and origin story that begins with her pewter collection.

A noted collector of fine English pewter, Margie knew the “maker’s mark” was a symbol of handcrafted quality. Inspired by this hallmark, she suggested the name Maker’s Mark to her husband Bill Samuels, with whom she co-founded the brand in 1953. The vestibule further illustrates the brand’s journey in a stained-glass window created by famed New Jersey-based stained-glass artist Neile Cooper, a favorite artist of Rob Samuels, grandson of the founders, 8th generation whisky maker and managing director.

While Bill developed the smooth-tasting, wheat-based Maker’s Mark Bourbon, Margie came up with the name, the shape of the bottle and the iconic look that involves dipping each bottle in red wax. She also designed the label and even the unique font that bears the Maker’s Mark name.

This August, The Margie Vestibule becomes a part of the regular distillery tour at Star Hill Farm in Loretto and the distillery is one of the state’s largest tourist attractions with hundreds of thousands of visitors each year.

Her own collection of historic pewter is on display within the new vestibule in handmade cabinetry constructed of oak, the same wood used for Bourbon barrels by renowned woodworkers and artisans Leah Frankl and Chris Lange of Lumber & Light, based in Washington, D.C. The surrounding two all-glass walls featuring original stained glass by Cooper, highlight colorful images from the surrounding landscape ranging from birds, butterflies and native grasses to the ingredients used in the making of bourbon including: corn, wheat, water and oak. This special artwork brings visitors on a visual journey through all the elements that so inspired the vestibule’s namesake.

Finally, the new exhibit is completed with a portrait of Margie herself, painted by Kentucky artist Honora Jacob who is known for her portraits of inspiring women. The foundation of the painting is a historic photo of Margie, which the artist filled with color and imagery such as vanilla blossoms (a nod to the flavor notes found in Maker’s Mark) to tulips, which Margie grew in her garden.

“My grandmother, Margie Samuels, represents all the values that have shaped not only our family, but the way we continue to work every day at Maker’s Mark,” said Rob Samuels, an eighth-generation distiller and prominent leader of Maker’s Mark today. “She was ahead of her time, playing a significant role in establishing what has become one of the most recognizable brands in the world in an industry which in those days had very little room for women.”