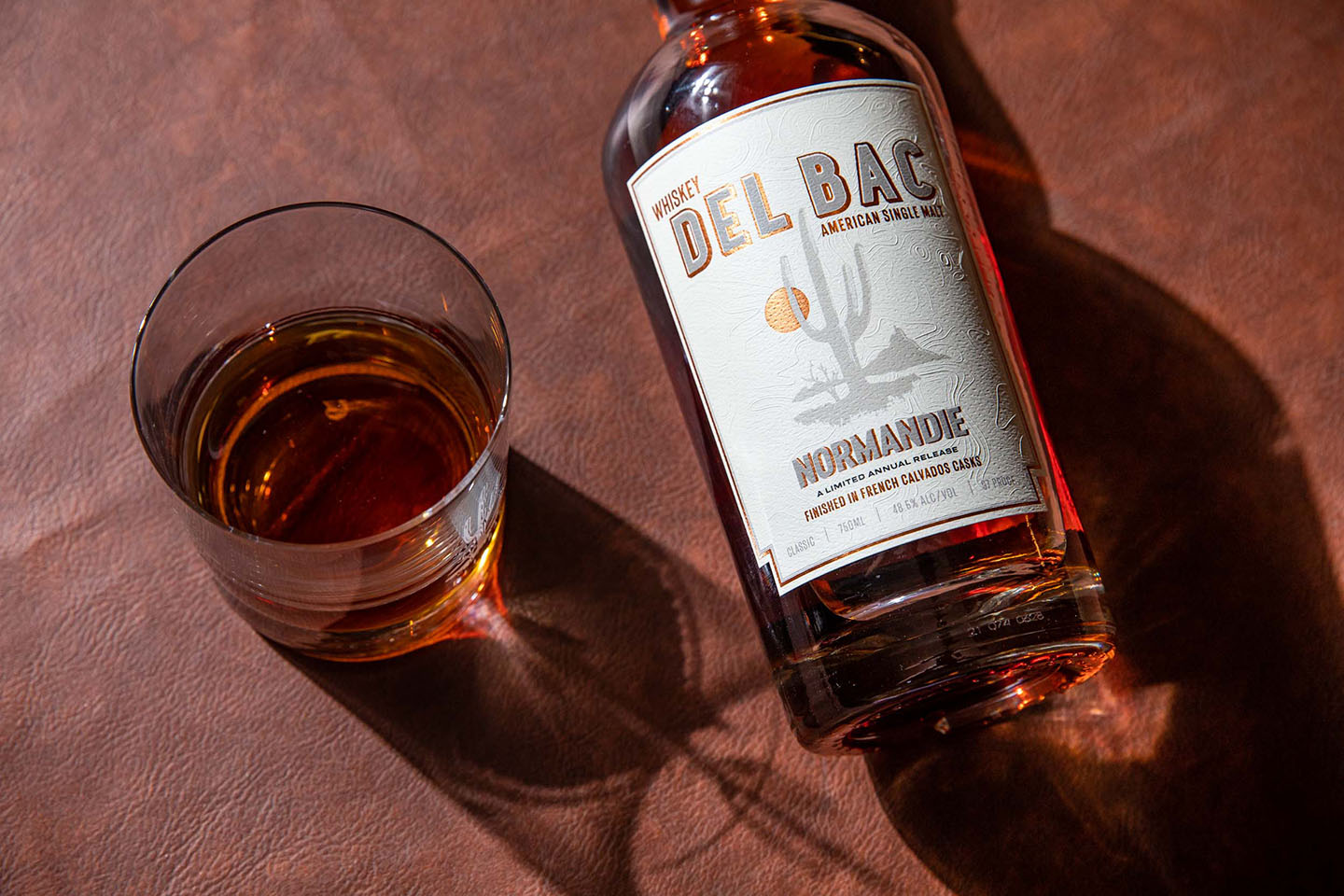 The American single malt is named after the coastal region of Normandie (using the French spelling), France, which is known for its creamy cheeses, rich seafood, and an abundance of apples and pears.

“The richness and culinary culture of Normandy reminded us of the culinary scene in our hometown of Tucson, a UNESCO City of Gastronomy,” said Whiskey Del Bac co-founder Stephen Paul. “Blending the bright apple flavors from these Calvados barrels with the earthy and caramel tones of our Classic American Single Malt to create this expression has been an adventure in whiskey making. We couldn’t be more happy with the way this expression turned out.”

Normandie is the second release to be included in the Whiskey Del Bac Global Cask Collection, which includes three limited annual releases that are inspired by European regions.

The first release, Frontera, was finished in Pedro Ximénez sherry botas and was inspired by the complex sherry wines of Jerez de la Frontera. The third release from the Global Cask Collection, a heavily-mesquited winter release is coming in December and is a desert Southwest interpretation of the heavily-peated Islay Scotches. These expressions will be released at the same time each year moving forward.

Normandie’s Calvados finish with a base of Classic was formerly released as the Whiskey Del Bac 2018 Summer Distiller’s Cut that quickly sold out.

“Much like the response from the original sherry cask-finished Distiller’s Cut that then became Frontera, fans of Summer Distiller’s Cut 2018 were so enthusiastic about the Calvados finish we had to bring it back for the annual release of Normandie,” said Amanda Paul, Whiskey Del Bac co-founder.

Only 900 bottles of Normandie will be available at select restaurants and stores in national markets where Whiskey Del Bac is distributed including Arizona, New York, California, and Illinois. Spirit Hub will have a limited allocation for the 40 states that they deliver in. Bottles can also be shipped directly to the consumer in Kentucky. Arizona residents will also be able to purchase directly from the distillery onsite starting at 11am on August 6, 2022 or purchase online starting at 9am and have it shipped anywhere in the state. Normandie is bottled at 48.5% ABV/97 proof. The suggested retail price will be $90 a bottle.