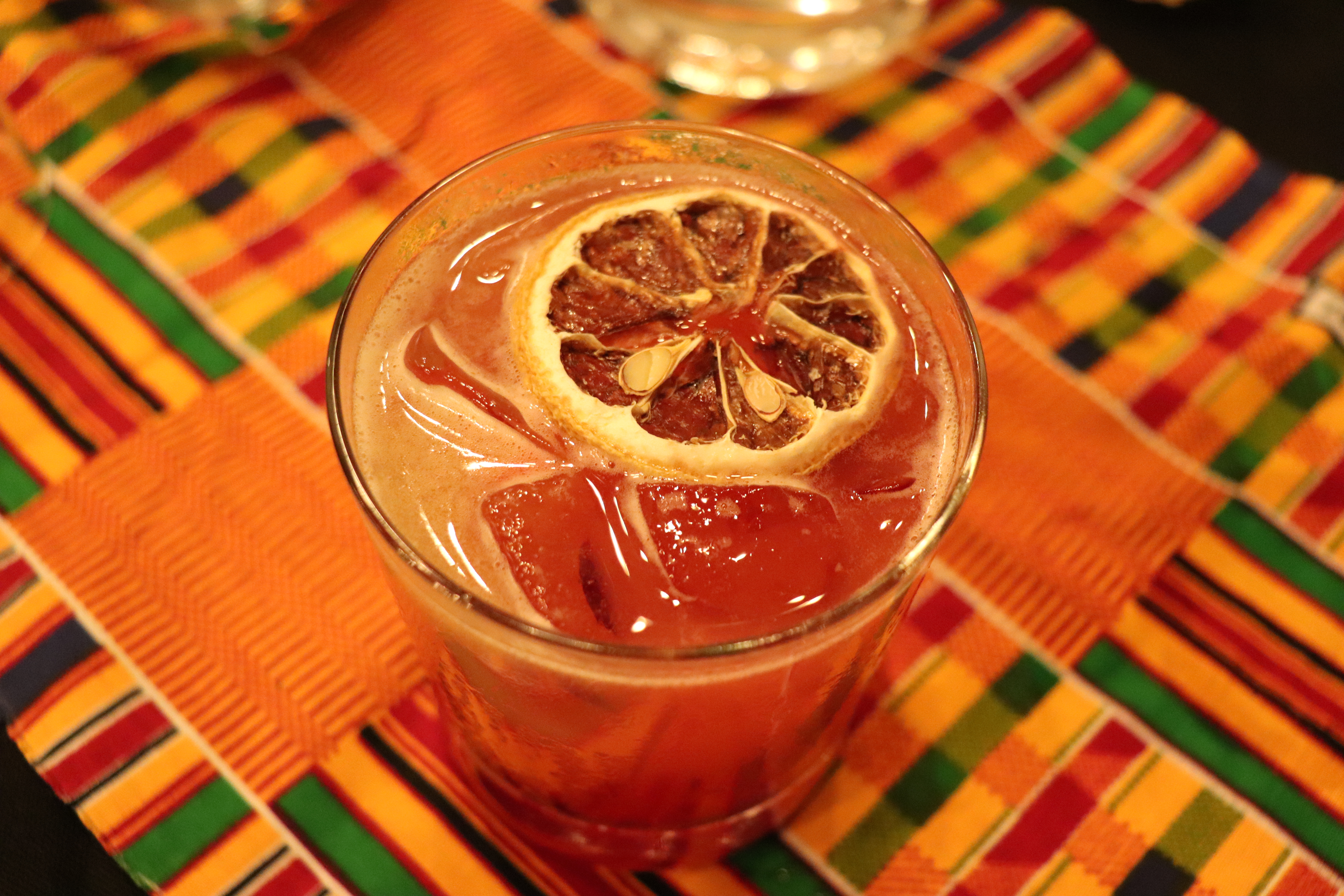 Jack Beguedou, better known as The Hood Sommelier, loves to bring people together. His tagline (and podcast) is, “The Truth Is Barrel Proof,” and you can often find him speaking about Bourbon at whiskey festivals. But his passion is bringing people together to experience West African food and whiskey together in a program he calls Afrofusion.

One Saturday in September a group boarded a bus in downtown Louisville headed to Heaven Hill‘s Bourbon Experience in Bardstown, Kentucky.

Upon arrival, guests were greeted with a Wezon cocktail, a refreshing spritzer featuring Larceny Bourbon complemented with hints of spice and fruit for a West African welcome.

Guests mingled, took pictures together, and signed the barrel head, as is customary for many Bourbon events. We were encouraged to introduce ourselves to people we didn’t know and to even sit with those we had not met before that night.

After a bit of mingling the back room was opened up and everyone was seated. Beguedou acknowledged the Ancestors, leaving a glass of whiskey and a plate of food in their honor on the front table, and then guests were invited to wash their hands tableside, as is customary before eating with your hands.

We had an appetizer that included avocado and shrimp before moving on to Suya, a lamb stew with a dough ball in a spicy broth eaten by hand paired with Elijah Craig Barrel Proof Bourbon. The next dish was Jallof Rice served with plantains and chicken paired with an Evan Williams Old Fashioned.

For dessert we gathered back in the main bar area to watch the chef prepare fried dough covered with chocolate sauce and sprinkles, a favorite from Beguedou’s childhood in Togo. This was paired with an Ahome cocktail made with Rittenhouse Rye and hibiscus juice.

After dessert and a quick spin through the gift shop, we were carted back to where our journey began in downtown Louisville. We each left with a new friend or a new life experience. In this writer’s case, it was both plus the discovery of a new genre of music.

Afrofusion is headed to a town near you – check back here for future dates.