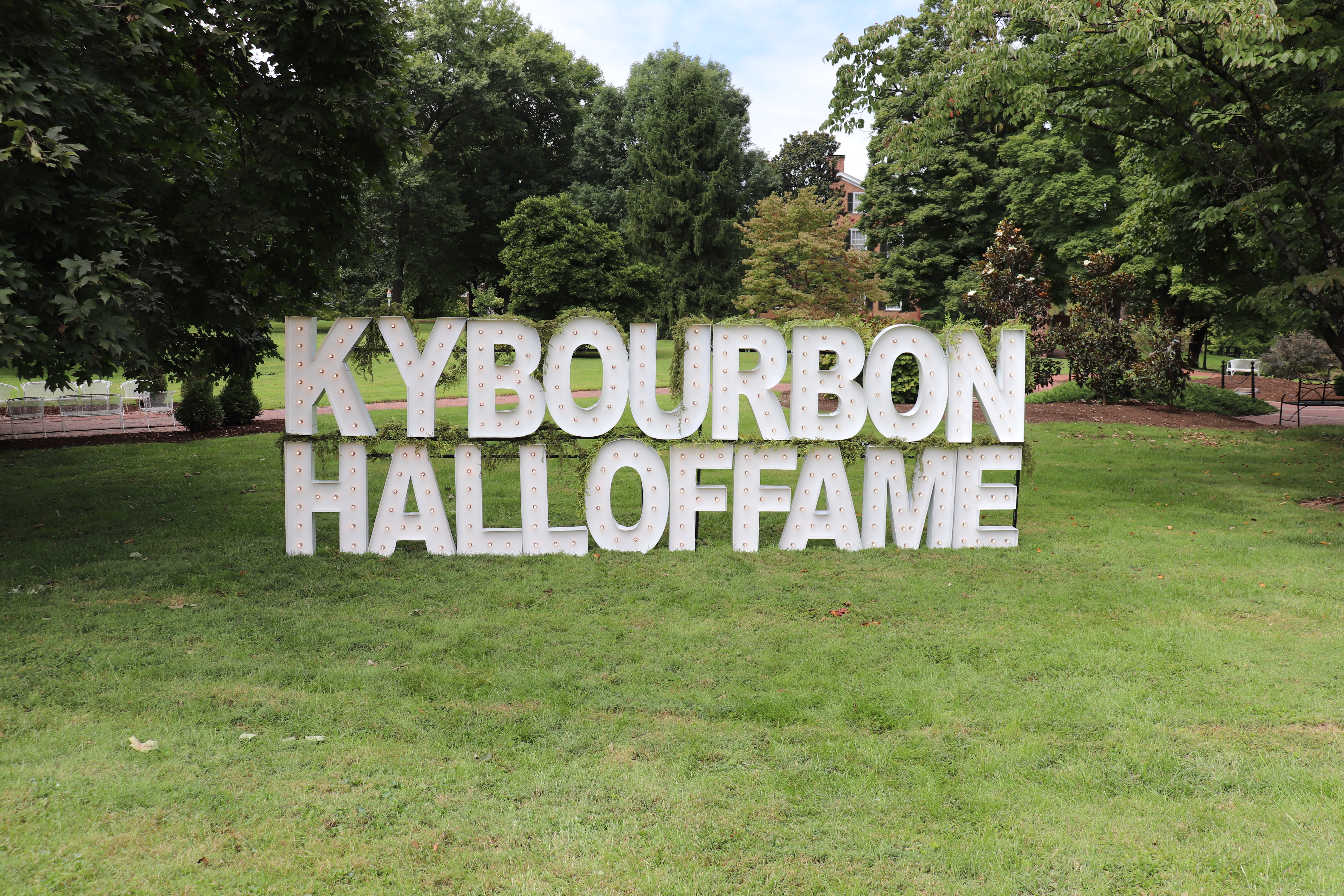 Michter’s Master of Maturation and COO Andrea Wilson was inducted first. In her acceptance speech she noted the risk she took in getting both a Bachelor’s and a Master’s Degree in Chemical Engineering from the University of Louisville at a time when few women followed that path.

Next up was Kaveh Zamanian, Founder of Rabbit Hole Distilling. As a child in Iran the Kentucky Bourbon Industry was not even on his radar, but his journey down the Rabbit Hole has led him to a place where he belongs.

D. Chad McCoy, a Kentucky State Representative, was unable to join the festivities but was introduced by his friend Fred Noe of Jim Beam. McCoy has spearheaded state laws that improve the Bourbon experience in Kentucky, including direct-to-consumer shipping.

Heaven Hill’s Max Shapira introduced Congressman John Yarmuth, who created the Bourbon Caucus in Washington in an effort to reach across the aisle with something most people can agree on: America’s only Native Spirit.

Finally, Jim Rutledge shared stories of Stephen Thompson, the recipient of the Parker Beam Lifetime Achievement Award. Thompson worked at Hublien before becoming President of Brown-Forman and founding the Woodford Reserve brand along with Lincoln Henderson and Dave Scheurich. After retirement he went on to found Kentucky Artisan Distillery and never stopped sharing his knowledge with anyone who needed it.

Congratulations to the Kentucky Bourbon Hall of Fame Class of 2022.