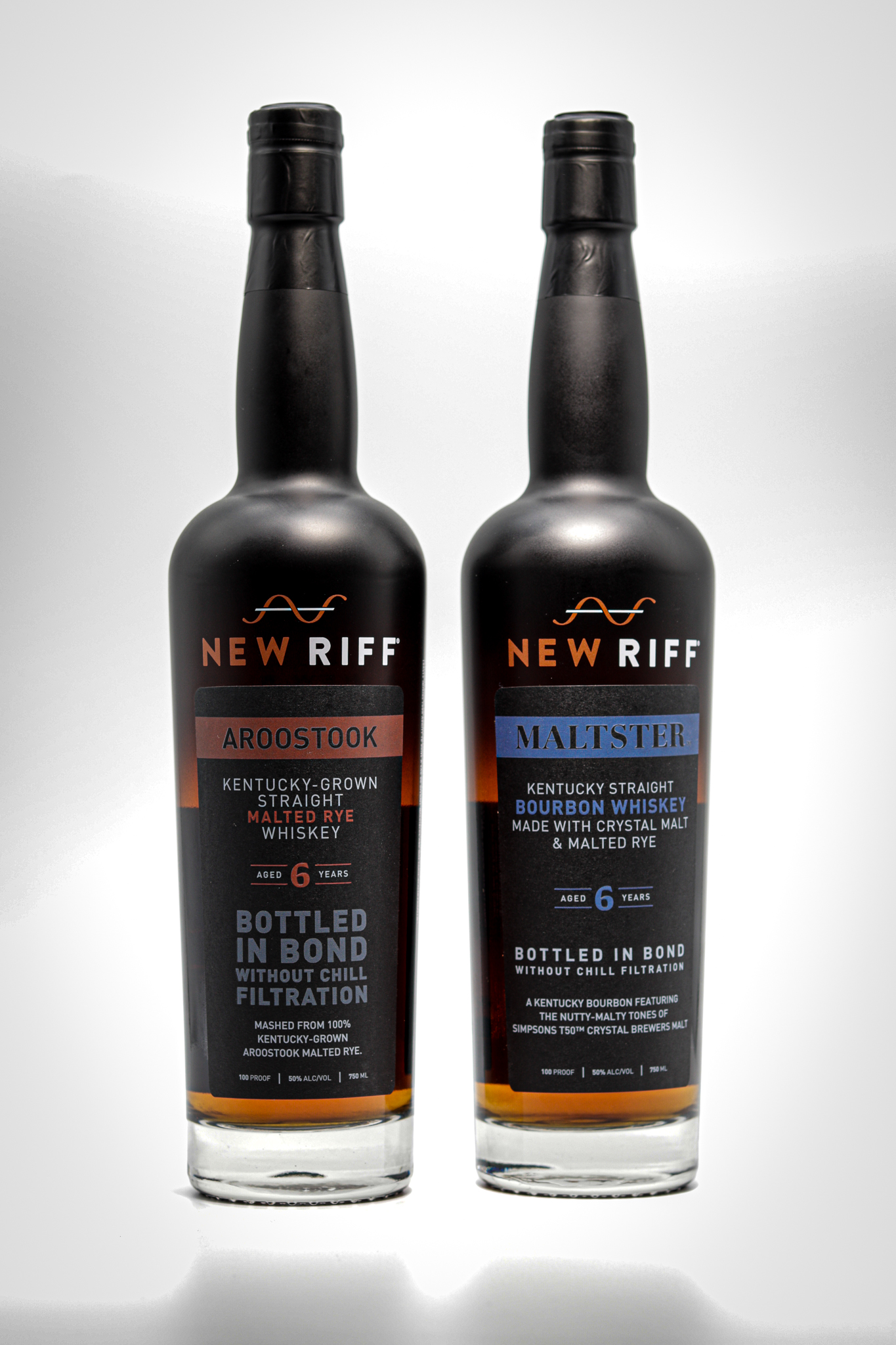 The distillery has released a limited fall whiskey duo, the Maltster Bourbon and Aroostook Rye

New Riff Distilling has continued on with its exploration of malted grains with the release of two limited-edition fall whiskeys. The Maltster T50 Crystal Malt Kentucky Straight Bourbon Whiskey and Aroostook Malted Rye Whiskey are both bottled-in-bond expressions available this year.

“We are always searching for the next new riff,” said co-founder Jay Erisman. “Sometimes those come from drawing on past experience for inspiration, and sometimes inspiration just falls out of the sky – and this fall, it’s both. These two releases are a celebration of the ancient tradition of malted grains that are united by their six years in the warehouse and by their shared embrace of the glory of malt.”

“The secret to the Maltster T50 is that two exceptional malts are at play, creating a dance of gentle rye spice and molten toffee,” Erisman said, describing the nose as “toasty with emergent rye spice, cocoa nib, and faint red fruits.”

The second fall release is a riff on New Riff’s Malted Rye program, which includes a core malted rye release that debuted in 2021 and a sherry-finished expression released earlier this year. Erisman said when New Riff began making malted rye in 2014, the only consistent source of good quality malted rye in the necessary quantities was Germany. The distillery has imported malted rye from Germany since then but also kept an eye on growing American craft maltsters.

“One of these is Sugar Creek Malt Co., in Lebanon, Indiana,” Erisman said. “Founder and head maltster Caleb Michalke offered us a rare malted rye, grown in Kentucky and using the Aroostook variety of rye grain. We were thrilled at this opportunity to try a Kentucky-grown rye, but especially to use a different variety of rye than our usual German supply.”

New Riff Maltster T50 Crystal Malt Kentucky Straight Bourbon Whiskey is bottled at 100 proof with a mashbill of 65 per cent corn, 20 per cent malted rye and 15 per cent T50 Crystal Malt. It is aged six years with a suggested retail price of $59.99.

New Riff Kentucky-Grown Aroostook Malted Rye Whiskey is bottled at 100 proof with a mashbill of 100 per cent. Aroostook Kentucky-grown malted rye. It is aged six years with a suggested retail price of $59.99.