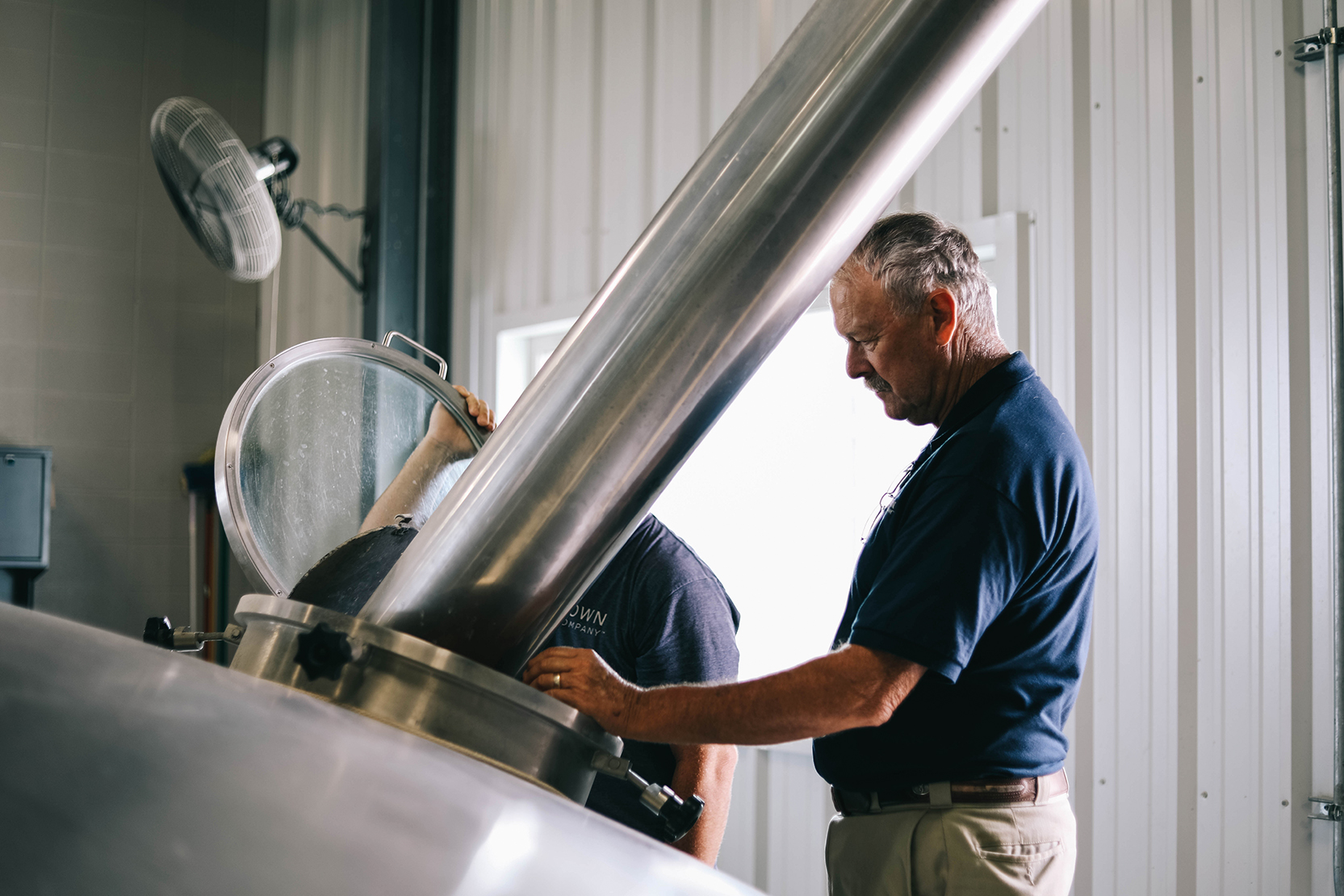 After five decades in the whiskey industry, the humble legend is just as in love with it now as the day he started

Celebrating 50 years of work in one industry is no mean feat, and not something that many people are able to say they have achieved in their lifetime. There are an abundance of varying factors that come into play to realize this sort of timeline, but for Steve Nally, Bardstown Bourbon Company’s master distiller, it’s a pure love of what he does that has kept him in the whiskey-making business for five decades.

After he hit the aforementioned career milestone earlier this year, the opportunity to sit and reflect on the past 50 years of whiskey with the legendary Nally was too good to miss.

For Nally, the journey began due to case of chance. He explains, “It was kind of a journey that you might say was coincidental, you know I was actually born and raised right next to Maker’s Mark Distillery.”

Nally was born in 1950; Maker’s Mark Distillery was founded just down the road in 1953. “I kind of grew up with Maker’s Mark,” continues Nally. “I rode my bicycle past the property, not dreaming that I would be there one day.” Of course, Nally would go on to become master distiller at the distillery, working there for more than three decades.

As fate would have it, after graduating from high school Nally bought some land with the intention of farming on it. However, at the time the commodity prices started to drop and interest rates were flying up, so making a living by farming looked very tough.

With this in mind Nally took a chance, as he explains, “I went down there [to Maker’s Mark] looking for a job and thought, you know, I could have a supplemental income to make ends meet and provide for my family. I was hired in 1972 and just fell in love with the process and what was going on there.”

Through the years that followed Nally was fascinated by the variety in the operations and processes of distilling; as a result he moved through different departments in order to learn the total spectrum of operations. After 17 years at Maker’s he was in the position of assistant distiller at which point, when the distiller retired, it was time for Nally to step up.

At that point in time some major and beneficial changes were afoot for the distillery, and Nally took that moment as an opportunity to reassess and eventually part ways with Maker’s.

“After that there were three attorneys out of Jackson, Wyoming that hired me to come out there and oversee the building of the first legal distillery in the state,” adds Nally. “The distillery is called Wyoming Whiskey and I stayed out there for six and a half years and got it up and running and got a product on the market.”

The time spent in Wyoming, building up a distillery on his own, ended up being one of Nally’s most proud achievements. He explains, “You know, I actually proved that I could do that… I did some expansions at Maker’s Mark, the first expansion actually that Maker’s Mark did.

“Then to actually go to Wyoming and build a distillery from the ground up, did the recipe, got everything operating. And you know, a few hurdles that I had to overcome over there was the different altitude, the cook temperature, the boiling point, was totally different out there. Taking that into consideration, to get everything up and running… was pretty amazing. And then to come back here [to Kentucky] and oversee this project and have it just blossom and then explode… I think those two accomplishments really just make me proud. It’s just been a joy to do.”

The project Nally returned to Kentucky for was, of course, Bardstown Bourbon Company (BBCo), the Napa Valley-style distillery that has changed the face of collaborative distilling for the betterment of the whiskey industry.

In late 2013, Peter Loftin, the founding member and chairman of BBCo, reached out to Nally to see if he would be interested in coming back to Kentucky to oversee the project. The decision was made and in 2014 he returned to join forces with Loftin. He proudly states, “As you well know, this project just exploded.

“We started doing collaborative distilling and we’re now distilling for over 30 customers, we do over 50 recipes, so we’re one of the most technically advanced operations in the world… We do custom production for all these companies and we just do changeovers and different processes all year long.”

The transparency of operations at BBCo is something that truly sets it apart in Nally’s mind, and he loved being able to see the fascination of people coming in to see what the team are creating. “It’s just a joy, it makes it a pleasure to come to work every day to see and hear those things.”

Nally’s day-to-day work at Bardstown Bourbon Company is varied, and now with the world returning to its ‘new normal’ he is able to do a lot more traveling and entertaining customers. He explains, “I’m here part of the time and if I’m in town I’ll come into work. So you know, I’m in and out just doing what needs to be done… I just try to fill in and do as much as I can. I do enjoy it, it’s – I guess – a life-long dream or a life-long ambition to get here.”

During his now 50-plus years in the industry, Nally has seen massive changes to the way in which distilling processes are carried out. When he first began his career at Maker’s Mark the distillery was producing around 30 barrels a week, meaning everything was moving at a very steady pace to keep a handle on things.

“Everything moving the way it is now, you have to be technically advanced to be able to provide customers with the data that they want to have,” says Nally. “You know, if we’re producing 300 barrels for you, you’re going to want that same care and the same knowledge as somebody I’m producing 10,000 barrels for. So I have to have that technical base to provide that, so without the technical advance, I couldn’t provide that if I was still using hydrometers and manual techniques to do that.”

Alongside the technicalities in the distilling process, BBCo also offers its customers in-depth records of each stage of the whiskey’s production. Nally explains, “I can go back in the archives and pull everything up. I can tell you the load of corn that came in, what day, the farm that it came from, the humidity, the temperature of the day it came in, the cooking process, the fermentation, everything the whole way through.”

No matter the size or standing of the client, the calibre of the equipment and the team is creating a truly unique environment. This shines through in the way the industry veteran comes to life when he discusses the distillery. Seeing someone that is five decades into their career and still loving it just as much as day one is an inspiration to us all.