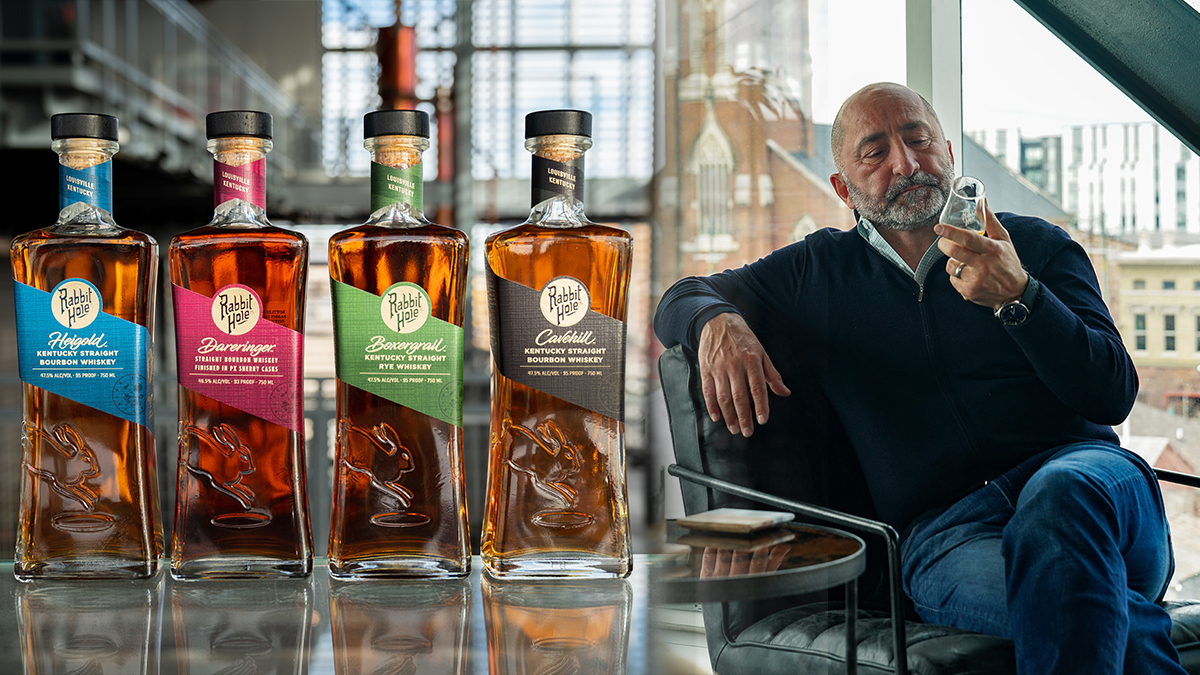 In conversation with Kaveh Zamanian, founder and whiskey maker

In 2022 Rabbit Hole Distillery, based in Louisville, Kentucky, celebrated its 10th year in the whiskey-making business. Of course, that is an impressive achievement in itself, but the celebrations didn’t stop there as its founder and whiskey maker, Kaveh Zamanian was inducted into the Kentucky Bourbon Hall of Fame in the very same year.

As part of that celebration, American Whiskey Magazine editor Phoebe Calver sat down with Zamanian. While enjoying the stunning Louisville skyline from the distillery’s Overlook bar, the two delved into the past 10 years of distilling innovation. From experimentation with mash bills, incorporating the work of local artists into its single barrel releases, and naming a whiskey after a cemetery, it has been a rollercoaster of a decade.

Moving from a career as a psychologist, to one in the world of whiskey was not a simple decision, but after a conversation with his wife, Zamanian and his family decided to head down the rabbit hole and set up shop in Nulu. In the present day the distillery is going from strength to strength, showing diversity at its core through its whiskeys, as well as through the thought-provoking artwork on show at the distillery itself.

One thing is for sure, if the past 10 years are anything to go by, this distiller is one to watch.