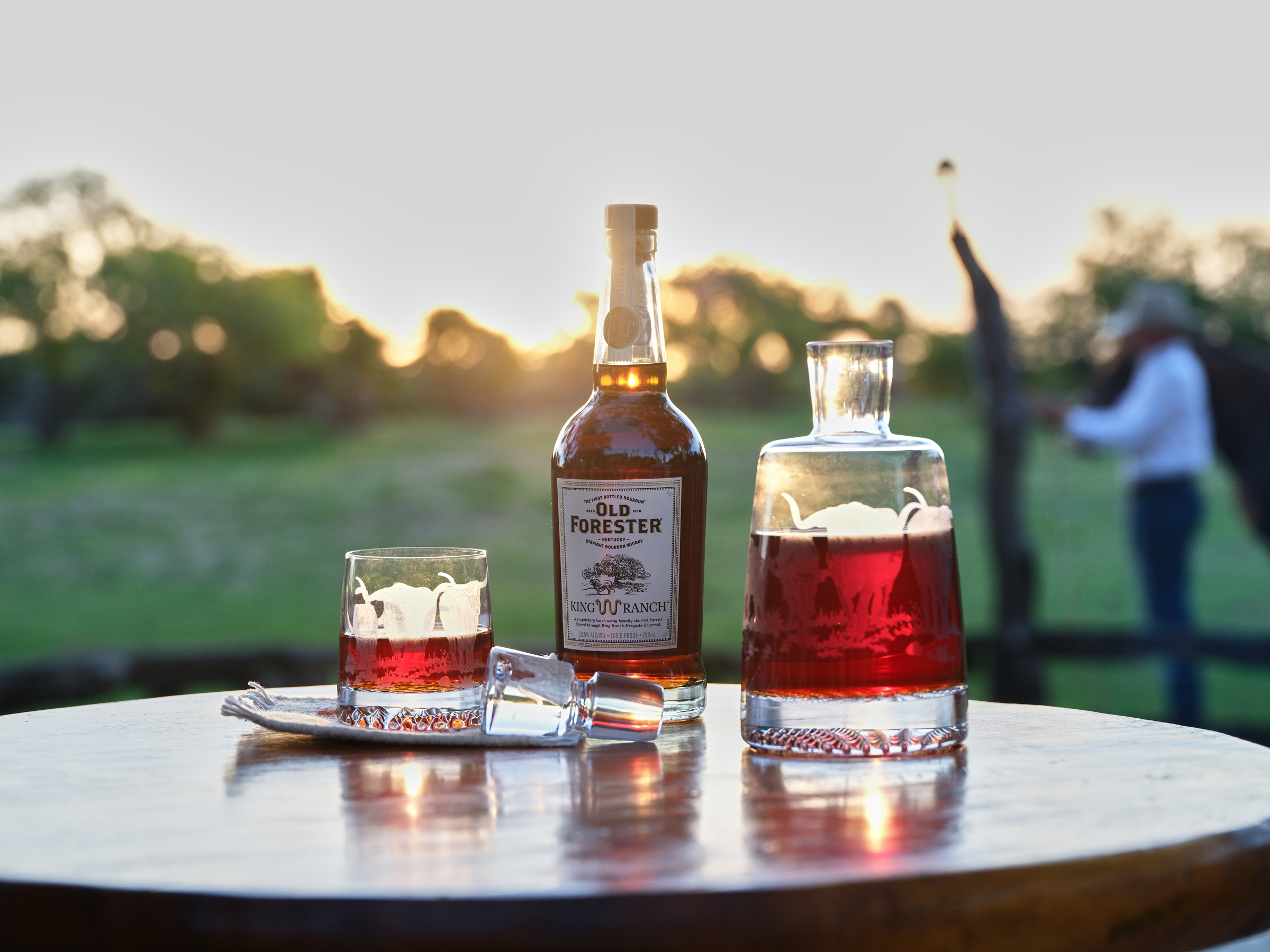 Available in Texas only, the two historic brands have come together to bottle a combined history of 300 years

Old Forester and King Ranch, the birthplace of American Ranching, have joined together to release a limited-edition whiskey, called Old Forester King Ranch Edition, that symbolizes the legacy of the two brands.

The limited-edition expression celebrates the history of both the Brown family of Brown-Forman, as well as the descendants of King Ranch founder Richard King. It will be available in Texas only, starting November 1, 2022.

The Brown family has seven generations of whisky-making credentials, and the King Ranch family celebrates eight generations of ranching. Combined, they have 300 years of history. In addition, the two brands are connected via the Kentucky Derby. Old Forester Bourbon is the key ingredient in every Mint Julep sold at Churchill Downs; King Ranch owned three Derby winners, including 1946 Triple Crown winner Assault.

Bottled at 105 proof from a proprietary batch of Old Forester Bourbon using heavily charred barrels, the bourbon is finished through King Ranch mesquite charcoal. The charcoal was created from mesquite trees harvested from the ranch. The process brings a touch of Texas and helps highlight the bold flavor notes in this new bourbon.

“Bourbon lovers across Texas are in for a rare and special treat that both whiskey connoisseurs and hardworking people can savor,” said Robert Hodgen, CEO at King Ranch. “We’re proud of the product as well as our partnership which captures American history in a bottle.”

The suggested retail price for King Ranch is $69.99, and it will only be available in Texas.