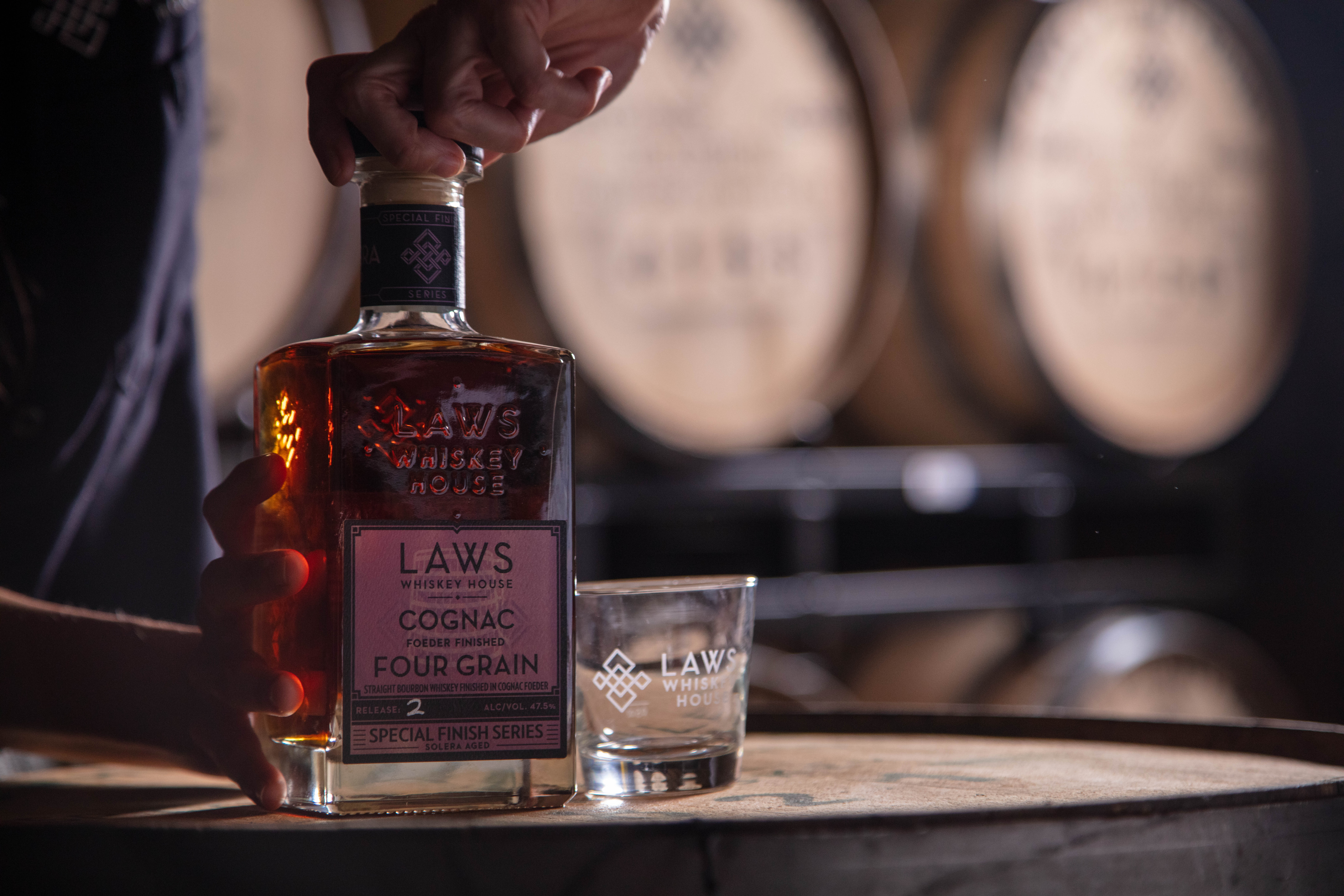 The whiskey was initially introduced in 2017 as one of the brand’s first projects in their Special Finish series. This year’s expression contains a blend of whiskeys aged between three and eight years, in three varying types of wood casks.

This limited release is available in key markets across the country for a suggested retail price of $79.99.

The aforementioned process beings with Laws Four Grain Straight Bourbon that has been aged for a minimum of two years in new American oak barrels. Barrels are then selected to rest in Cognac casks for secondary aging. Lastly, the whiskey is combined in a 50-year-old French oak blending vat known as a foeder.

“This whiskey is about process and patience,” says Al Laws, founder of Laws Whiskey House. “Like the Cognac blenders that inspire us, we are seeking harmony and depth from this whiskey. The flavor notes are so rich, balanced, and complex and that can only be achieved by following our process and by giving it time to mature.”

Laws’ process was developed with help from sixth generation Cognac producer Alain Royer. Alain provided technical expertise on cask finishing and blending and also helped the Laws team source the foeder. Laws says, “the foeder is really crucial. Not only does it enable our solera process, it also allows for the Cognac cask influence to gently integrate over time. The French oak foeder staves also lend elegance and finish to this whiskey.”

“One of our central philosophies is continuous improvement,” says Laws. “This whiskey is an example of that philosophy. With this release we are pushing ourselves and our whiskeys to the next level. It’s a special release and we are excited to have you join us on this taste journey to see how this whiskey evolves with time.”

For more information on the Cognac Cask Finished Bourbon and links to purchase, visit www.lawswhiskeyhouse.com.