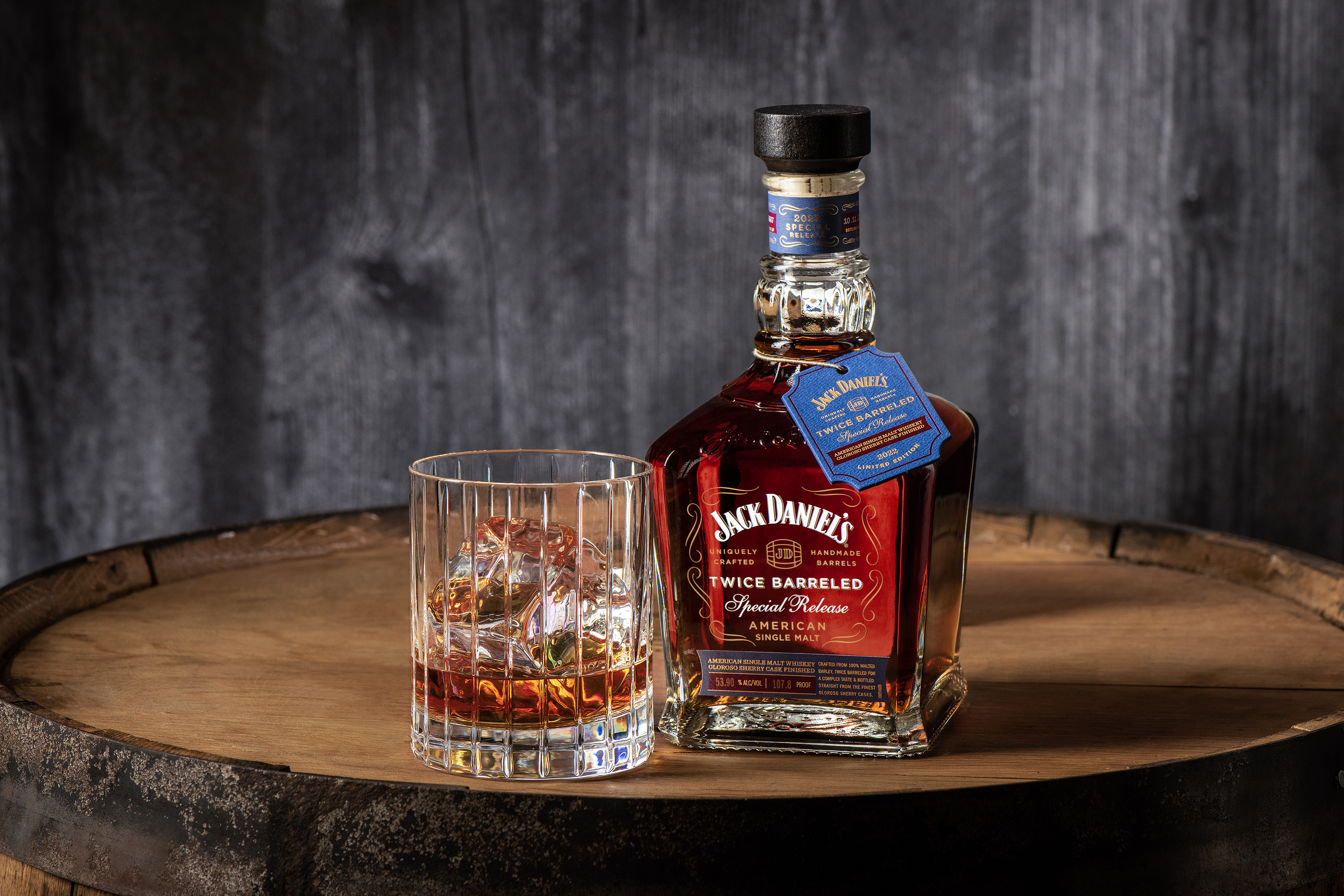 The Tennessee distillery has unveiled its limited-edition 2022 special release, featuring a new 100 per cent malted barley grain bill – the first whiskey of its kind from Lynchburg

For the first time in its long history, the Jack Daniel Distillery has announced the introduction of the Jack Daniel’s Twice Barreled Special Release American Single Malt Finished in Oloroso Sherry Casks.

Jack Daniel’s Twice Barreled Special Release American Single Malt began with 100 per cent malted barley that is ground, fermented and distilled in Lynchburg, Tennessee. The whiskey was then passed through Jack Daniel’s traditional charcoal mellowing process and matured in new, charred American white oak barrels for at least four years. It was then finished for an additional two years in the finest quality Spanish Oloroso sherry casks from the Antonio Paez Lobato Cooperage before bottling at cask proof.

“Our Special Release series highlights our ongoing innovations and exceptional whiskeys from the Jack Daniel Distillery, and I’m excited to share this expression as our team set out to craft an American Single Malt that’s uniquely Jack Daniel’s,” said Chris Fletcher, Jack Daniel’s master distiller. “The combination of maturing in oak barrels and finishing in sherry casks produces incredible complexity and provides a full-bodied and sophisticated whiskey experience. We’ve never crafted a whiskey like this in Lynchburg and can’t wait to share it with our friends.”

The Special Release American Single Malt Whiskey has an aroma of soft oak, fruit and cocoa. Flavors of caramel and vanilla are complemented by notes of chocolate-covered nuts and berries, with a subtle sherry finish.